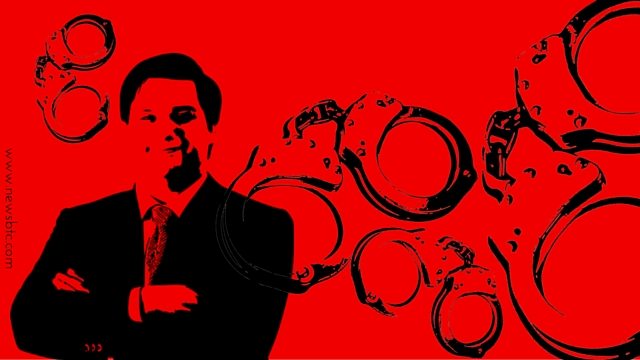 Mt. Gox was one of the biggest bitcoin exchange companies in existence, before it got hit by a hack and lost several bitcoin and client funds. Investigations revealed that its CEO Mark Karpeles had tweaked some of the accounts, allegedly to funnel money to his account.

Last week, Japanese authorities issued a new arrest warrant against Karpeles over claims that the CEO stole several million dollars from clients, including about $48,000 allegedly spent on a luxury canopy bed.

Karpeles has been denying these allegations and is already in custody earlier this month. Japanese authorities are holding him in detention without charges for three weeks, which is allowed under Tokyo law. However, the new arrest warrant can allow the police to detain him for much longer, allowing investigations to proceed.

As of this writing, Karpeles is accused of manipulating data and stealing sums that amount to just a fraction of the 850,000 coins that disappeared last year before the company declared bankruptcy. At that time, bitcoin exchange Mt. Gox has been handling 80% of the cryptocurrency in circulation.

The bitcoin exchange company claimed that the loss was due to a data breach due to a bug in the software. Karpeles soon said that he found around 20,000 of the bitcoin in a cold wallet, which is a storage device not connected to other computers.

According to bitcoin investor Kim Nilsson, Karpeles should be held accountable if the investigations prove that he committed fraud. “(But) if these charges against (him) don’t adequately explain where all the bitcoin (and) money went, then there are still unresolved questions, quite possibly additional crimes and criminals, that must be investigated further,” Nilsson added.

As it is, the Mt. Gox case is proving to be a challenge for Japanese authorities since there are no regulations governing the cryptocurrency industry for now. “The Bitcoin case is really an embezzlement case, but embezzlement has to involve a ‘tangible object,'” said Hisashi Sonoda, a criminal law professor at Japan’s Konan University. “Japanese criminal law treats digital currency as ‘data,’ not what we call ‘tangible object’ in a legal sense.”

Tags: bitcoin exchangebitcoin fraudBitcoin Mt. GoxNews
TweetShare
BitStarz Player Lands $2,459,124 Record Win! Could you be next big winner? Win up to $1,000,000 in One Spin at CryptoSlots