Now instantly buy and sell Bitcoin in over 400,000 locations 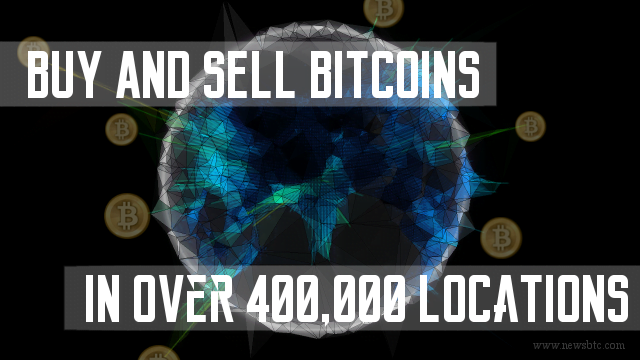 Bitcoin users can now instantly buy and sell Bitcoins in over 400,000 locations in more than 130 countries, thanks to the latest innovative offering from the Bitcoin exchange platform 247exchange.com and its partner MoneyPolo™. The offering was announced publicly by an official press release.

With this feature, the digital currency will be transmitted using the next generation facility, express money transfer. The service includes all major locations such as banks, shops, post offices, stores, money exchangers and so on. Users interested will only have to show their ID and cash at one of the roughly half a million locations to receive or send a transfer.

Bitcoin enthusiasts have often complained about lower access to the digital currency in several nations. This step is expected to address that issue, and also to promote the wider acceptance of the world’ most disruptive technology at present.

Anton Vereshchagin, founder of the InterMoney Exchange™ said, “Our global aim is to make Bitcoin closer to average people, and cooperation with MoneyPolo™ makes a huge step on this way. It also seems like a perfect solution for buying/selling bitcoins for unbanked users and especially for people from developing countries having less local direct banking options. Speaking in general, our team is working hard to make the whole process as easy, as topping up the mobile phone balance.”

InterMoney Exchange™ is a group of financial companies which operates the international cryptocurrency and Bitcoin exchange 247exchange.

How to use it

A user interested in buying Bitcoin and other cryptocurrencies such as Litecoin, Namecoin and Peercoin, will have to submit a buy order at 247exchange’s website. A list will be given to the user with the names of available agents to send cash from.

Similarly, a user looking to sell his Bitcoin will have to initiate a sell order at 247exchange’s website and choose the nearest agent to receive his payment from.

Tags: 247exchangebitcoinBuy-sell bitcoinsNews
TweetShare
BitStarz Player Lands $2,459,124 Record Win! Could you be next big winner? Win up to $1,000,000 in One Spin at CryptoSlots