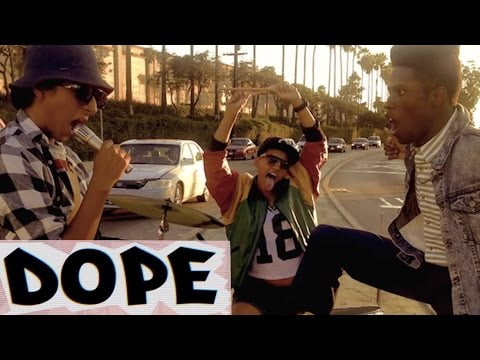 Now Use Your Bitcoin to Watch the Indie Comedy Movie “Dope”

Earlier in May, Lionsgate Films had partnered with GoCoin to accept Bitcoin in payments.

The movie, whose producers and executive producers include Forest Whitaker and Pharrell Williams, will be released on June 19 in more than 900 theaters in the United States.

And there is an interesting story behind the film accepting Bitcoin: the film revolves around a self-proclaimed geek named Malcolm (played by Shameik Moore) who makes quite a few references to the cryptocurrency.

In the early part of the film, Malcolm says,

“I just read that money as we know it is dead. Soon the world is only going to buy and sell products using Bitcoins. It’s like a complicated math equation.”

Open Road Films Chief Marketing Officer Jason Cassidy says that choosing Bitcoin as an innovative payment method for movie tickets seemed like a natural idea given that Bitcoin plays an integral role in the movie. “Bitcoin is an integral part of ‘Dope’ and we could not be more excited to bring this unique new opportunity to moviegoers.”

CEO of the movie ticketing website Joel Cohen said that opportunities such as this are great, for a business to tap into.

“MovieTickets.com thrives on these types of opportunities,” he said. “It’s cool, it’s original and we’re going above and beyond the common boundaries to drive ticket sales.”

Dope has been enjoying tremendous social media success since its excellent debut at Sundance Film Festival this year. So, have you booked your tickets yet?

Tags: bitcoinDope MovieentertainmentgocoinMovieTickets.comNews
Tweet123Share196ShareSend
Win up to $1,000,000 in One Spin at CryptoSlots