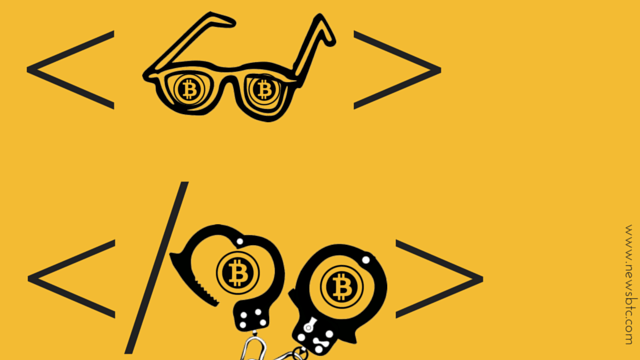 In a study conducted based on online searches, researchers concluded that bitcoin users are either tech enthusiasts or criminals. The data revealed that there was a strong correlation between computer programmers and bitcoin users, as well as criminal activity and bitcoin users.

The study was conducted by Aaron Yelowitz and Matthew Wilson of the Department of Economics in the University of Kentucky. The study also concluded that Libertarians and investment fields are not necessarily correlated to bitcoin usage or interest.

Since bitcoin can’t actually be linked to counterparties due to the anonymous nature of transactions, the researchers decided to make use of Google search terms to identify what kind of demographic the bitcoin users belong to. Of course, they also acknowledged that internet searches are not a definitive method of classifying bitcoin clientele but it was also supplemented by anecdotal evidence and existing research.

Search terms included all those listed under Bitcoin as a currency. This included variations such as ‘Bitcoins’, ‘Bitcoin Mining’, ‘Bit Coin’, ‘Bitcoin exchange’, ‘Bitcoin price’ and ‘Bitcoin value’ and were combined with those that were related to computer science as a discipline. The researchers also looked at results that contained terms ‘Silk Road’, ‘Free Market’, and ‘Make Money’, in order to gauge interest in bitcoin in relation to criminal activity.

“Although many commentators have speculated about motives for using bitcoin, our study is the first to systematically analyse bitcoin interest, including the interest of hard-to-observe clientele,” the report indicated. “We find robust evidence that computer programming enthusiasts and illegal activity drive interest in bitcoin and find limited or no support for political and investment motives.”

The study was conducted over a 31-month period and used search query data from January 2011 to July 2013 for U.S. states. In addition, the study also noted that bitcoin searches tend to pick up when prices are increasing.

BitStarz Player Lands $2,459,124 Record Win! Could you be next big winner?
Get 110 USDT Futures Bonus for FREE!
Tags: bitcoin criminalBitcoin Newsbitcoin silk roadbitcoin techbitcoin trading
Tweet123Share196ShareSend
Win up to $1,000,000 in One Spin at CryptoSlots