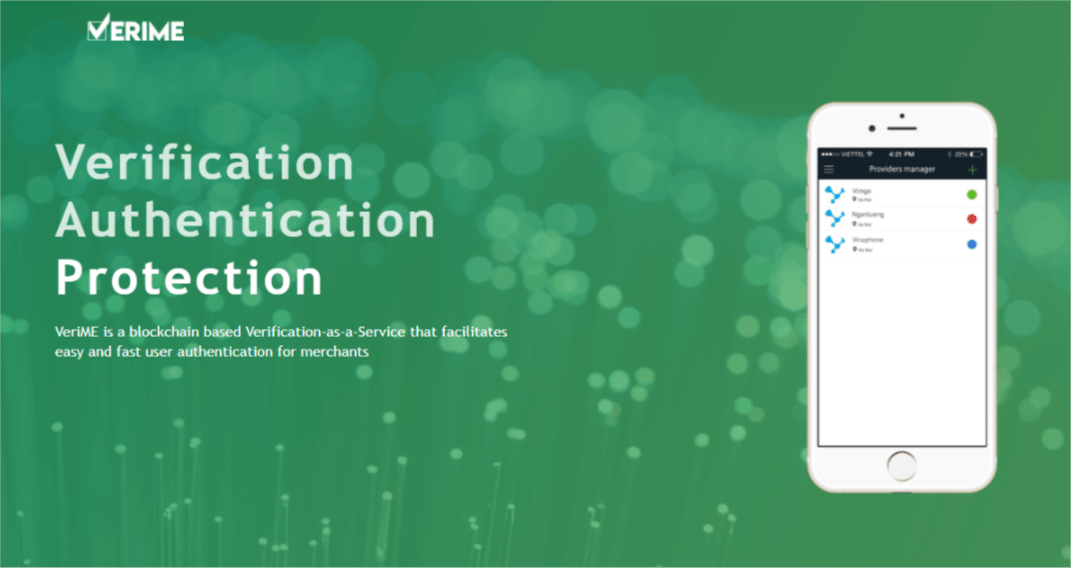 The promise of verifying and authenticating your blockchain identity

Who would have thought that an idea presented in a 1991 academic journal by Stuart Haber and W. Scott Stornetta, would give birth to a technology which can cause a monumental shift in the way we view economies.

Brought to life in 2008 by Satoshi Nakamoto to facilitate bitcoin transactions and keep a record of them, Blockchain in no time has established itself as a ‘technology of future’. Financial institutions, government organizations and multinational corporations, are exploring viable methods to adopt this distributed ledger system for the efficiency gains it presents to them.

If experts are to be believed, then blockchain possesses the potential to eliminate digital identity theft, the levels of which, have already reached a new high.

First witnessed about a decade ago, digital identity theft has since then spread like wildfire. The alarming rates at which this crime expands is clearly visible considering U.S. in the year 2016 alone has 15 million victims.

The Problem of Trust

One of the major reasons we are stuck in this predicament is because of service providers, companies, and most organizations which rely on a central party to manage and maintain our identities online. In the history of digital identity verification and authentication, there was never a method which gave us a choice to decide what information to share online.

Since the start, we are bound by the service provider’s, government agency’s or company’s rules to establish our identity by providing them details they ask for.

We share our Personal Identification numbers, date of birth, credit card numbers etc. without having complete trust in the parties we choose to share them with. And these third parties, once obtained, store this information on a centralized server.

We relay our trust to a third party, who relays it on a central server, which in turn is susceptible to hacking.

Well, at least this is what happened with Equifax in 2016, and with Yahoo in 2013, and most recently with Uber, where the company admitted that data of more than 57 million customers was leaked.

Blockchain is the solution…

According to some cybercrime experts and industry veterans, blockchain seems to possess the potential to provide you complete control over your identity, without sabotaging your ability to transact with the outside world.

This technology, if implemented correctly can help bring the concept of self-sovereign identity verification to life, giving users the choice to share only the information required.

Enthusiastic about this are startups such as VeriME, who believe that this distributed ledger system can bring the much-needed change in the digital authentication and verification sector.

This online authentication and verification platform, with a distributed ledger system at its core, believes that in order to build an ecosystem based on the idea of self-sovereignty, the underlying platform shouldn’t belong to one.

With VeriME, “identity theft will be a thing of past” says Sanjeev Kumar, Co-Founder of VeriME. “With blockchain, now we no longer need to rely on third parties to safeguard our information. We ourselves will be in charge of it.”

Say a few experts, who believe that blockchain cannot be the solution to the problems of identity management and verification, at least not in its original version. They believe moves made by companies such as VeriME are bold, however, identity management using blockchain seems insensible given the whole idea behind blockchain was to remove trust and establish anonymity.

Speaking on its viability Steve Wilson, an analyst at Constellation Research, says “The public blockchains deliberately and proudly shirk third parties, but in most cases, your identity is nothing without a third party who vouches for you in some way. The blockchain is great for some things, but it’s not magic, and it just wasn’t designed for the IDM problem space.”

Say the remaining few. These experts believe that blockchain can be a viable solution to the problem, however, it will face serious obstacles which it needs to overcome. First of these obstacles would be convincing masses to adopt this system of verification. Banks are already embracing it.

Any distributed ledger system’s value is based on the number of people who are using it. Some believe that there isn’t enough motivation for the population to participate in blockchain based identity management solutions. Companies like VeriMe-who offer Validation-as-a-Service (VaaS) are already engaging audiences, and if things go well the world will see an identity theft-free future soon.

Blockchain is still a nascent technology. There are people who deem it as the messiah of the century, and there are those who look at it with skepticism. What matters in the end, is whether companies such as VeriME are able to effectively develop it and utilize it for problems as pertinent as digital identity verification.

If you are interested in learning more about VeriMe’s initiative to change the future of digital identity verification, here is a link to their website for you to follow. You can also reach out to them at [email protected]

Tags: blockchainblockchain technologydigital identity verification
Tweet123Share196ShareSend
Win up to $1,000,000 in One Spin at CryptoSlots