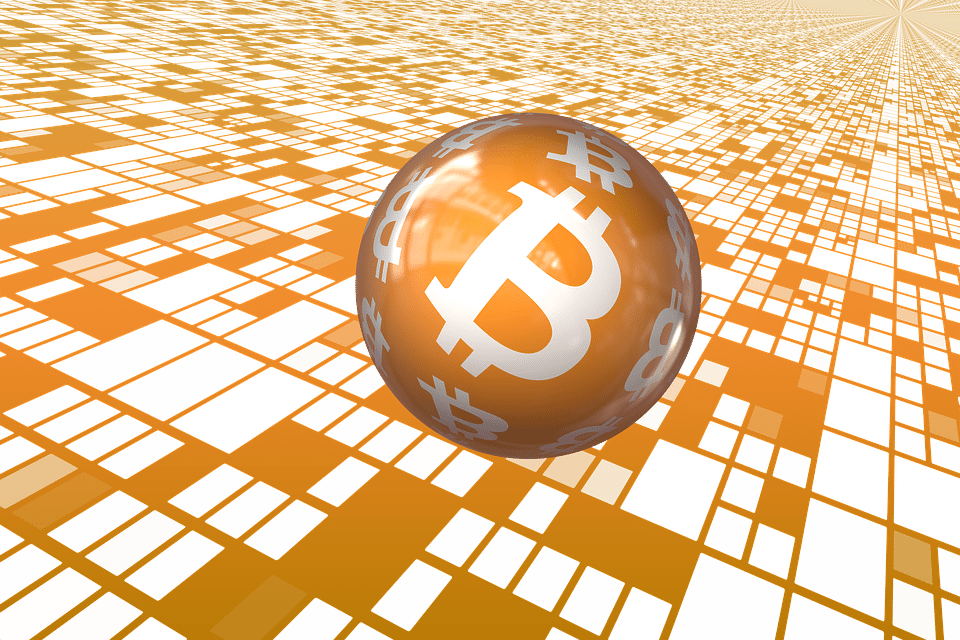 Bitcoin’s latest critic from the world of high-finance is the founder of Bridgewater Associates, Ray Dalio. In an interview with CNBC on Tuesday, the brains behind the planet’s biggest hedge fund called the leading cryptocurrency, a “bubble”. His reasoning simply being that if people are buying something with the hope of selling it on for a higher price, it must be a bubble.

It’s a shame. It could be a currency. It could work conceptually, but the amount of speculation that is going on and the lack of transactions [hurts it].

The investor maintains that cryptocurrencies can’t perform the essential roles necessary to validate itself as a currency. In a puzzling logic, he states that ease of transactions as a medium of exchange, and being a “storehold of wealth” are vital to satisfy the definition of currency. Someone had better remind Mr. Dalio of the buying power of a dollar in 1960 versus that in 2017.

Dalio’s comments are difficult to interpret in anyway but bearishly. However, they were far less damning than those made by Jamie Dimon last week. As we’re sure you’re all well aware (thanks to the huge media attention the story got), the JP Morgan CEO branded Bitcoin a “fraud” that would “blow up”.

Whilst some perceived Dimon as having some benevolent power over cryptocurrency market after the price of Bitcoin tumbled from near its all-time high of $5,000 to just under $3,000, his words coincided with genuine fear and uncertainty surrounding Chinese regulation. The lack of movement following Ray Dalio’s own shot at crypto this week show that he either doesn’t command the same level of sorcery as the JP Morgan exec, or the market simply doesn’t care what two financial dinosaurs think of it.

The fact is that whilst these hyper-wealthy individuals are undoubtedly highly intelligent (you don’t rise to the top quite like they have without some “smarts”), they’ve almost certainly gleaned their opinion of Bitcoin and other cryptocurrencies from sensationalist headlines from mainstream sources. They’re busy people. They simply don’t have the time to research something as new, and admittedly alien, as Bitcoin and other such digital assets.  Alex Gurevich, a former executive at JP Morgan, sums it up excellently with his response to Dimon, and we’re sure the sentiment would extend to Dalio too:

Jamie, you’re a great boss and the GOAT bank CEO. You’re not a trader or tech entrepreneur. Please, STFU about trading $BTC 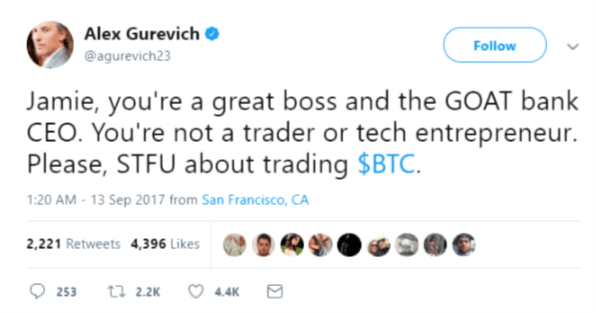 Get 110 USDT Futures Bonus for FREE!
Tags: bitcoinbitcoin bubbleRay Dalio
Tweet123Share196ShareSend
BitStarz Player Lands $2,459,124 Record Win! Could you be next big winner? Win up to $1,000,000 in One Spin at CryptoSlots