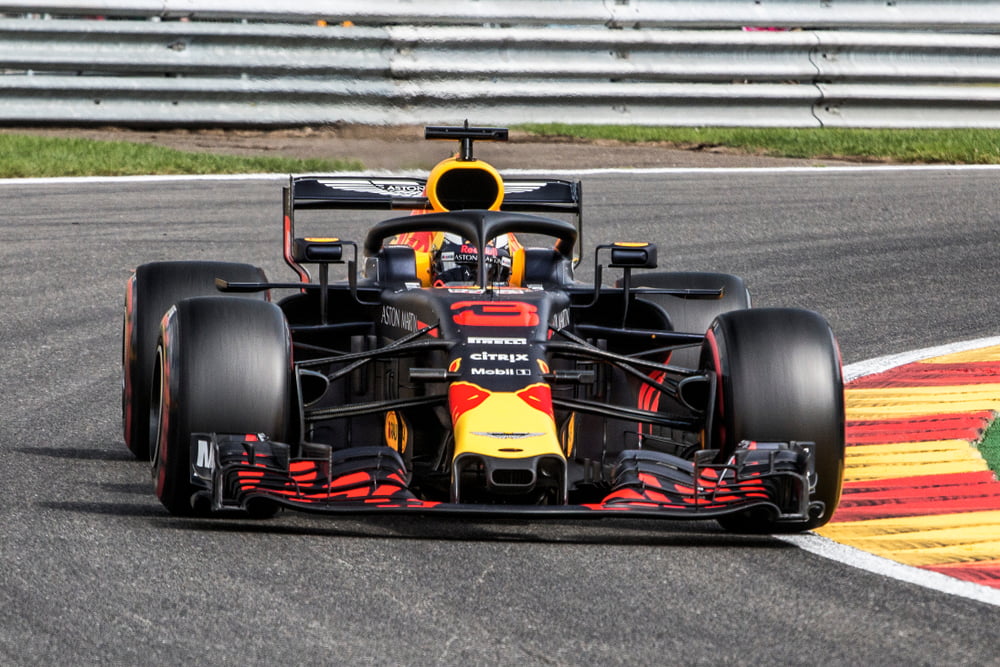 Red Bull Aston Martin have announced a partnership between themselves and a cryptocurrency company. The deal between FuturoCoin and the sixth-most-winning car constructors in the racing championship is the first of its kind for Formula 1.

According to a story in racing news publication The Checkered Flag, Red Bull Aston Martin has become the first Formula 1 team to partner with a cryptocurrency company. The energy drink firm-turned multi-sport-sponsors will be working with the little known digital asset Futurocoin going forward.

For those unaware, Futurocoin is based on the same code as the more established digital currency, DASH. It claims to provide users four second transaction times and low fixed fees.

The Team Principal of Red Bull Racing, Christian Horner, stated the following about the new partnership:

“In recent years, the rise of blockchain technology and cryptocurrencies has been truly remarkable, and we’re delighted to be the first Formula One team to embrace this, through our partnership with FuturoCoin.”

We are delighted to partner FuturoCoin in #F1's first ever cryptocurrency sponsorship! ? More here ? https://t.co/y2aemOcxRq pic.twitter.com/B71OuVytmJ

Similarly optimistic about the partnership is Paulina Woźniak, CEO of FuturoCoin’s management company. She stated the following with regards the deal:

“We are very proud that FuturoCoin will be the first cryptocurrency in the world to appear on a Formula One car. In addition, we are looking forward to working alongside Aston Martin Red Bull Racing, a prestigious brand that is recognised across the world.”

The partnership between Red Bull Aston Martin and FuturoCoin might be a first for Formula 1. However, it is certainly not the only time a professional sports team has expressed similar interest in blockchain technology or cryptocurrency.

In other sport-related cryptocurrency news, NBA team the Sacramento Kings became the first professional sports club to mine digital assets from their own stadium in June 2018. The club turned part of their state-of-the-art sporting venue into a data centre, with profits generated going towards local charitable causes.