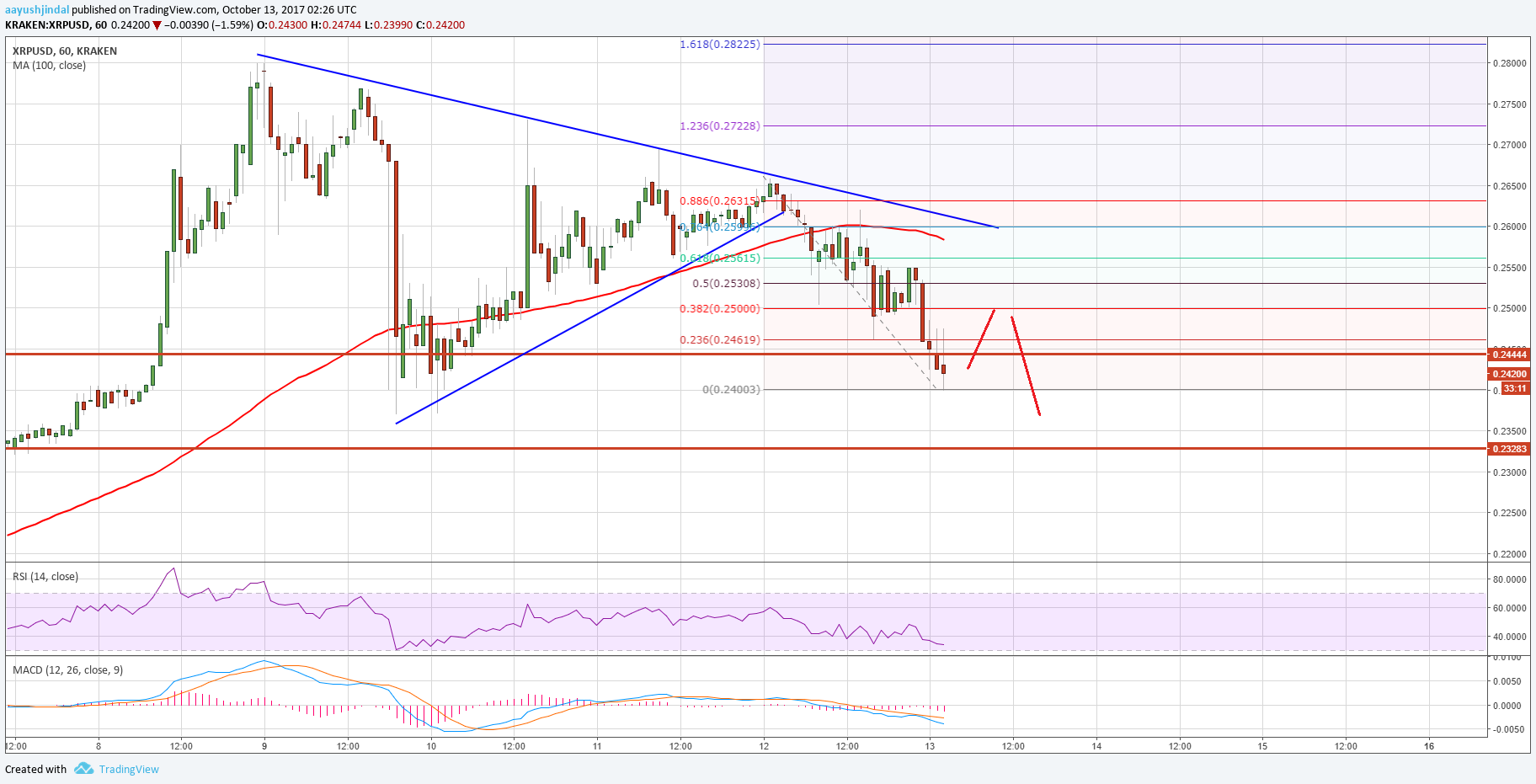 Ripple price broke a key support against the US Dollar and Bitcoin. XRP/USD might correct further in the near term towards the $0.2350 level.

Yesterday, we discussed that Ripple price is approaching a break either above $0.2640 or below $0.2600 against the US Dollar. The price failed to make an upside move and started declining below $0.2600. It broke yesterday’s highlighted contracting triangle pattern with support at $0.2600 on the hourly chart of the XRP/USD pair. It opened the doors for more losses below $0.2550. Moreover, the triangle resistance trend line is at $0.2600, which might continue to stop the upside move. On the downside, there are chances that the price could test $0.2350. Below the last, the price could even test the $0.2300 handle in the near term.

Hourly MACD – The MACD for XRP/USD is now placed well into the bearish zone.

Hourly RSI (Relative Strength Index) – The RSI for XRP/USD is heading towards the extreme oversold levels.