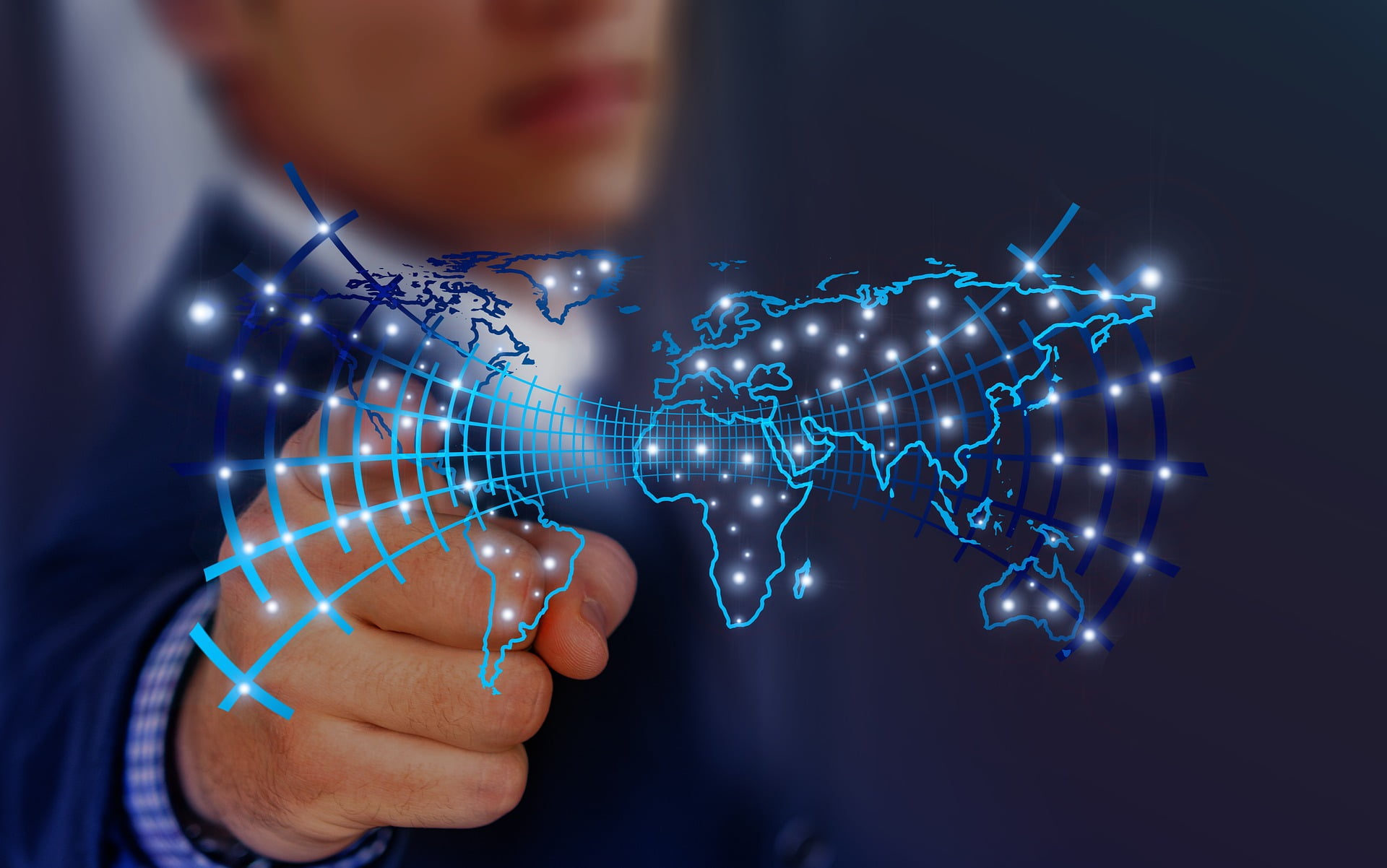 The casual handling of Coin Metrics report could end up biting Ripple, that’s according to a crypto advocate Fernando Nieto. At spot rates, Ripple (XRP) is back to consolidation as bears flirt with our immediate support at 34 cents.

That Ripple’s goal is to see speed, efficiency, and a system that benefits the unbanked is true. To that end, they are developing a solution that is irresistible for bankers. Incorporating speed, efficiency, and cost savings, Ripple now has a foothold in Southeast Asia and the Middle East through their fruitful collaboration with SAMA of the Kingdom of Saudi Arabia.

Even so, the consensus is that the network cannot shift gears, operate full throttle without addressing regulatory and centralization concerns. Of note, the handling of XRP escrow as per Coin Metrics report.

With David Schwartz handling it casually, an analyst now says the discrepancies of Ripple Labs reporting and the deviation away from the laid-out procedure, which was set out back in 2017, could negatively impact prices. Fernando Nieto, a developer and cryptocurrency advocate said on the matter:

“Coin issuance schedule has an impact on market price. The greater the amount of new coins put in circulation; the more capital is required to flow into the currency every day to keep the price. Monetary inflation consumes liquidity, so currencies with high inflation will tend to be less valuable and more volatile.” 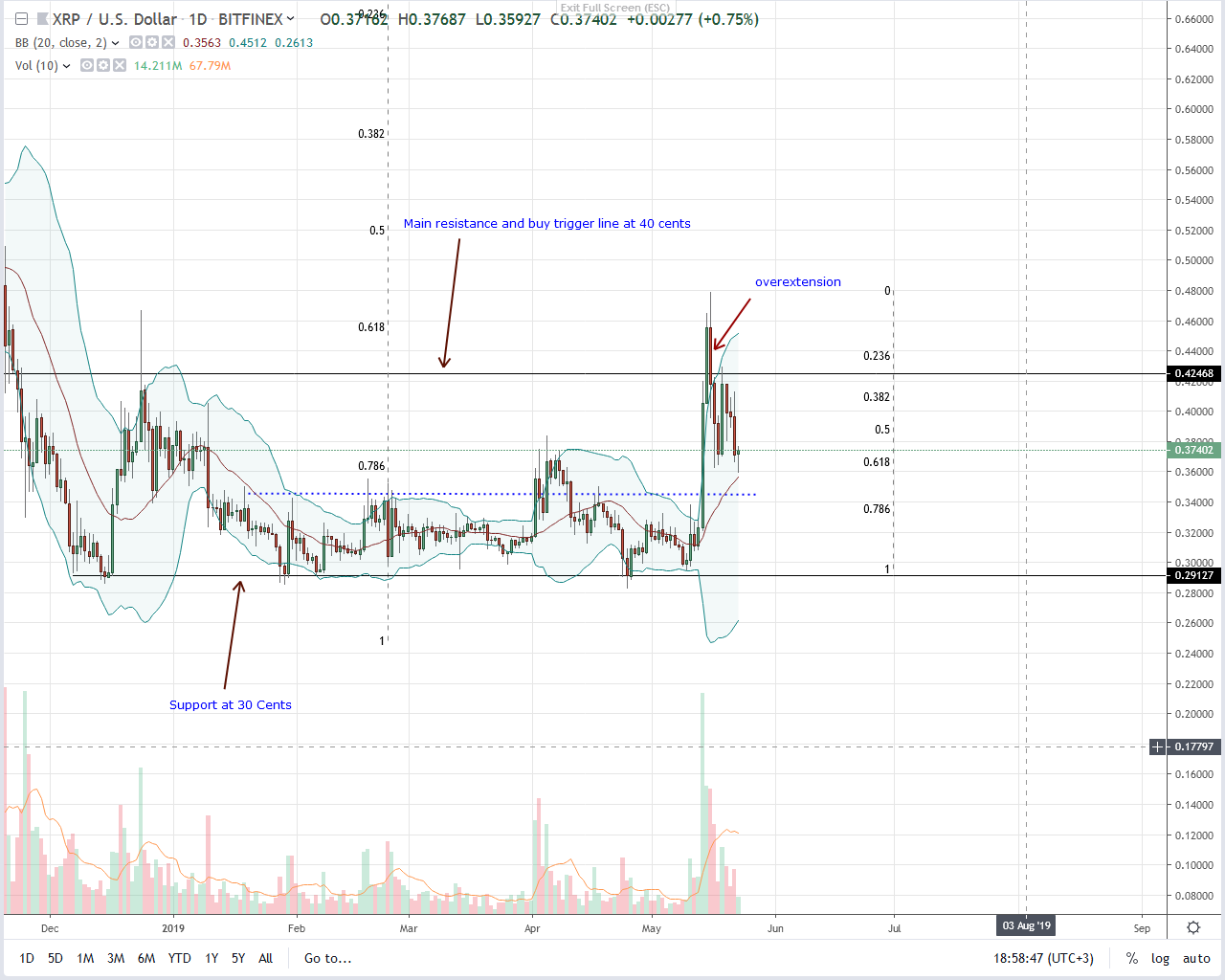 Down 4.1 percent and 17.6 percent in 24 hours and from last week’s close, respectively, Ripple (XRP), albeit the selling pressure, is stable. As seen in the chart, the digital asset is ranging in between its local peaks of 40 to 43 cents and the range low of 30 cents.

As a result, it is clear that prices are in range mode, allowing aggressive traders to load up in smaller time frames as long as prices are above the Feb to Mar 2019 highs. Because of this, our XRP/USD trade plan remains valid, but conservative traders should maybe stay out of the game right now.

However, once there is a satisfactory break and close above our immediate resistance, caused as a result of at the back of high trading volumes, conservative traders should be free to buy on dips, and should target 60 cents and beyond.

Our anchor bar is May 19th bar with 56 million versus 68 million of volumes. For trend continuation, breaks above 43 cents ought to exceed 56 million on the lower limit or 187 million of May 14th.

On the other hand, liquidation below 34 cents with participation exceeding 56 million will invalidate our short-term trend. Furthermore, sell-offs below 30 cents with higher volumes above 187 million will usher in sellers aiming at 25 cents.