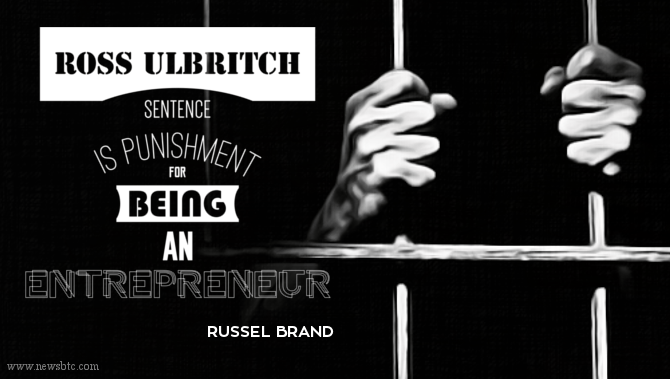 Russel Brand does it again! Russel comes out in play on his new Trews video where he says:

“The internet is a world of potential and possibility but it can also become a murky dangerous place. Ross Ulbritch proper hardcore life inpresionment gives us an opportunity to discuss, who does the internet the internet belongs to? Them or us?”

Prosecutors said Ross Ulbritch was the digital kingpin of an underground website called the Silkroad. This website was properly designed so that anyone could easily buy anything virtually anonymously. And Ross became a martyr of the new age.

Russel Brand says that governments have been using Drug as the frontline issue for the imposition of authority. This is broadly validated from a health point of view. However, when you take a look at what are the government’s real concerns about public health, they don’t seem to care about it so much as they care about their war policies.

This only reveals that governments don’t really care about us and their real concerns are always centered in new markets, new economies and new power structures that they don’t have control. Russel believes that this is the true motives that led Ross to jail.

Russel sees Ulbritch as an entrepreneur living the American dream. Ross saw an opportunity to create a new market, and went on and made it happen and for that he is getting a life sentence.

Russel Brand goes on comparing the Silkroad issue with the Genesis of much of the most known companies. Many companies sold products that were considered to be healthy when in fact they weren’t.

Russel says that this marks the new government war. Along with this new technology, there are new territories emerging and the governments don’t know how to control it

Ross imprisonment, is only because he was able to use the cyberspace in ways that the government couldn’t control, and that the real issue here.

In the end, Russel says what people should really be scared about are governments and big corporations. They have been trying to be in control for ages, and now, with new technologies appearing without their complete control, governments will certainly make some martyrs.