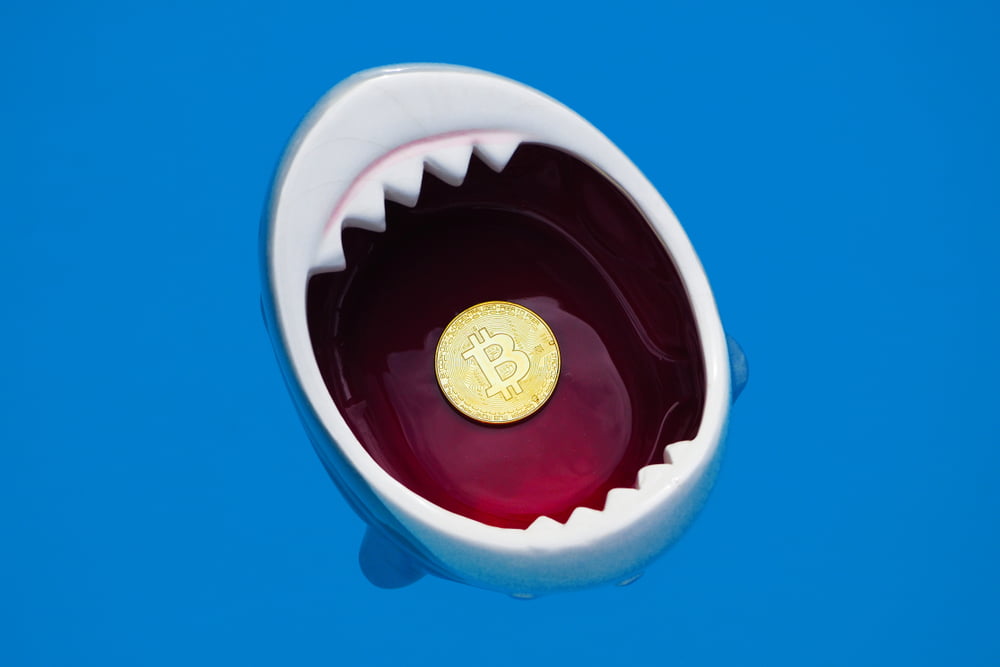 Kevin O’Leary, the judge of the popular business reality show Shark Tank, has slammed Anthony Pompliano for allocating half of his wealth to bitcoin.

“Shame on you,” the television personality told Pompliano on the sidelines of a CNBC Squawk Box debate about bitcoin’s performance against gloomy macroeconomic periods. O’Leary stated that he purchased $100 worth of bitcoins about two months ago, but the value of those assets now dropped to about $30. And if a person does not assume the risks of holding bitcoins and concentrates half of his wealth on them, then he is “nuts.”

“I forbid that,” O’Leary told Pompliano. “That’s insane. That breaches everything about diversification and investing.”

"I teach this stuff you never go beyond concentrations of that nature. 50% shame on you! That's nuts!" @kevinolearytv tells @apompliano #btc pic.twitter.com/e4pTEt5sgC

Across the table, Pompliano explained why he increased the risks of his portfolio by putting bitcoin, a volatile asset, on the driving seat. The Morgan Creek Digital Assets co-founder told O’Leary that the cryptocurrency had proven itself as a non-correlated asset, i.e., it does not get heavily influenced by macroeconomic events. He stressed that every significant financial institution should hold bitcoin for the very same reason.

“Institutions,” said Pompliano, “have spent decades looking for assets to use as a diversification in their portfolio. We’ve been banging the drums [from] over a year saying [bitcoin] is a non-correlated asymmetric asset.”

He added that bitcoin surged 55 percent soon after the United States President Donald Trump escalated his trade war against China in May. That proved a negative correlation between the cryptocurrency and every significant financial market, including the benchmark S&P 500 Index and Gold.

“There’s people around the world that are electing to put their wealth into something that is controlled by software and cannot be manipulated by a single country or politician,” Pomp said.

"There's people around the world that are electing to put their wealth into something that is controlled by software and cannot be manipulated by a single country or politician," says @apompliano on #btc pic.twitter.com/3ZpE53xl91

The Shark Does a Flip

The difference-in-opinion between O’Leary and Pompliano surprised onlookers in the cryptocurrency community. That is because O’Leary earlier appeared positive about the prospects of bitcoin. He called the cryptocurrency “a proxy for central bankers,” stating later that he would be interested in it if it’s market valuation soars above a billion dollars.

– “This is a proxy for the mistrust people have in central bankers”
– “Once it crossed $1B market cap I became interested”
– “So is it here to stay? Oh yeah. So will I put 2-3% in it? I think I might”

His opinions about bitcoin flipped following his attempts to use the cryptocurrency as a mode of payment. In May this year, O’Leary admitted that he tried bitcoin to complete a real estate transaction but fell short due to its price volatility. He later called bitcoin a useless currency.

“But everyone says, yes, you can. But, what happens is the receiver wants some guarantee. Let’s say you want to buy a piece of real estate for $10 million in Switzerland. […] They want a guarantee that the value comes back to you as currency at ten, you have to somehow hedge the risk of bitcoin. That means it’s not a real currency.”

Tags: Anthony PomplianobitcoinKevin O'Learyus china trade war
Tweet123Share196ShareSend
Win up to $1,000,000 in One Spin at CryptoSlots