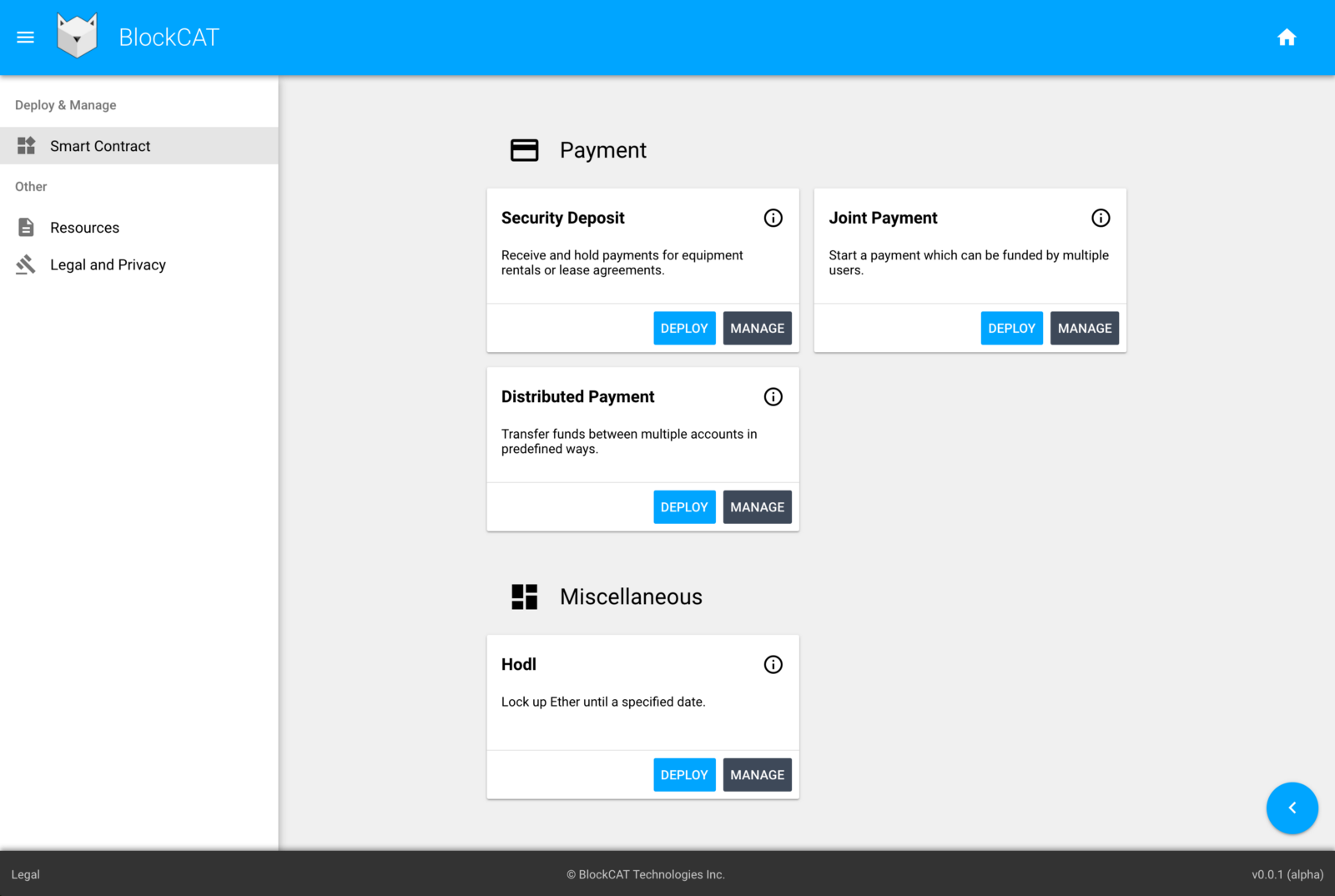 BlockCAT, an Ethereum project which enables effortless smart contract creation and deployment, recently announced the launch of their alpha platform.

The main purpose of releasing the aforementioned platform is to provide users a detailed sneak preview of some important features. They include two smart contracts: Security Deposit and HODL. While the Security Deposit contract is an automated mechanism for the negotiation, settling and refunding of deposit payments on the blockchain, the HODL contract enables users to lock their Ether funds until a specified date.

Releasing such important contracts and allowing people to play with them ahead of the final launch is a smart move, to say the least. BlockCAT appears to understand the growing mistrust between the investors and the crowdsale projects (because a majority of them turns out to be vaporware). With that concern, the smart contract facilitating platform has done right by releasing an alpha version, especially when its crowdsale period is still active (Estimate End Date: August 16th, 2017).

At the same time, BlockCAT has decided to restrict the value of Ether to protect its smart contracts from security breaches. Most contracts, as the company quoted in a press statement, will be limited to 0.1ETH for the duration of the alpha.

“We’re setting the fee to deploy contracts for the alpha to be extremely small, within the ballpark of 5–10 cents USD, paid in CAT,” added the company. “There is also no fee to interact with contracts after deployment (aside from the standard gas costs the Ethereum network requires). These low fees are due to the restrictions placed on the alpha. The alpha fees will not reflect the price of the final release.”

Having CAT tokens is a must in order to test these smart contracts. As the sale ends August 16th, users are recommended to hurry up to get hold of the tokens. The per 300 CAT tokens will cost just 1 ETH. At the press time, BlockCat has raised around 12686 ETH in the ongoing crowdsale.

To know more about BlockCAT, please visit their website here, or read their whitepaper.