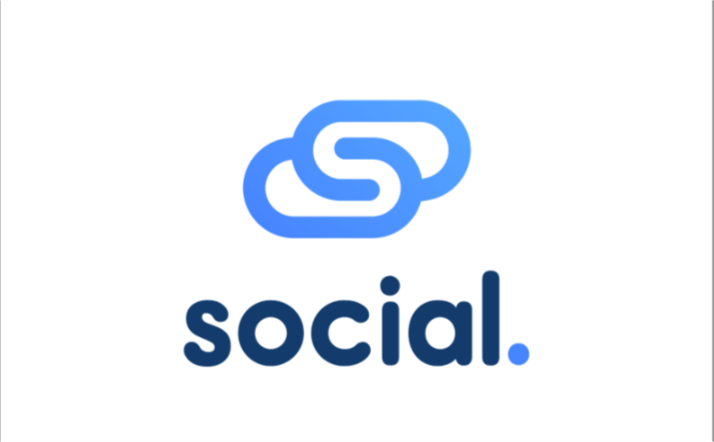 Some exciting developments from the team over at Social as they released a new blog post via their Medium account yesterday with new screenshots of what they have been working on over the past few months.

Social is a secure and private decentralized social network with an integrated marketplace and ad platform. They currently have a team of four full time developers along with many other support staff. Their goal is to decentralize social networking along with making cryptocurrency purchases and transactions a breeze through their native currency, SCL. Social ran a very successful ICO during August and September, raising a whopping 22,796 ETH. The mockup of the new home news feed is straight to the point and has a very clean and simple to use interface. They even allow connecting your Facebook or LinkedIn profile to find friends on Social that you may already know. Of course, since Social is against centralized based social networks, that is as far as the integrations will go as they have publicly stated that posts on Social will not be shareable to any other social network. They state within many other of their blog posts that their database will be a decentralized solution, so sharing posts to centralized based social networks would defeat the purpose. Definitely one of the more notable and exciting features of Social is their “Community” page. This is where users on Social can create announcements/news/questions that are publicly accessible by all users. The team stated that they may eventually introduce a rewards based system and allocate SCL to users who are constantly posting popular and unique content inside the Community section of Social, similar to other micropayment solutions like SteemIt. This page could end up being a very popular area for the entire blockchain community. Social is also incorporating public and private events that can be searched for and discovered by other users on the platform. This seems like a very powerful feature as there is no go-to area or website in the blockchain/crypto space for upcoming events and conferences. Social also stated that if a user is attending a public event, this will also be displayed on the user’s profile which could prove to be very beneficial. For example, if you’re wanting to know what events a particular user is attending over the coming month, simply visit their profile on Social and check out the events they marked as “Attending”. The team also stated that for privacy reasons, this feature will eventually be opt-in only as not all users want to publicly show where they will be. Another amazing feature of their platform is the groups functionality. This is already a very familiar component within the social networking space, although Social have gone one step further and integrated marketplace and crowdfund areas specific to each group. For example, if the group was orientated around Ethereum, the marketplace could sell Ethereum based merchandise. Groups can be private (invite only) or public (join at any time) along with having a group chat option for instantly messaging all users within the group. Social also decided to share their new logo for the first time within this new blog post.

“The logo represents Blockchain with the interlinking chains, along with incorporating an outline of an “S” in the middle. It’s fun, inviting and exciting.”

We definitely agree that it’s an eye-catching logo and suits the brand’s target audience well.

Even though their token sale finalized less than two months ago, it seems as if they have completed a fair bit of the platform already. The team states in a few other blog posts that they are ahead of their roadmap and their release schedule is pulled forward.

You can use the company’s current version of the platform (branded as their old name, “Nexus”) here – https://nexus.social/. The team stated that the current version will be deprecated and no longer supported while they fade it out, along with the Nexus name, and make way for version 2.0 that is scheduled for release in Q1 2018 alongside the new “Social” branding.

You can keep up to date with Social and all of their developments and updates via their blog on Medium, on Telegram or Twitter