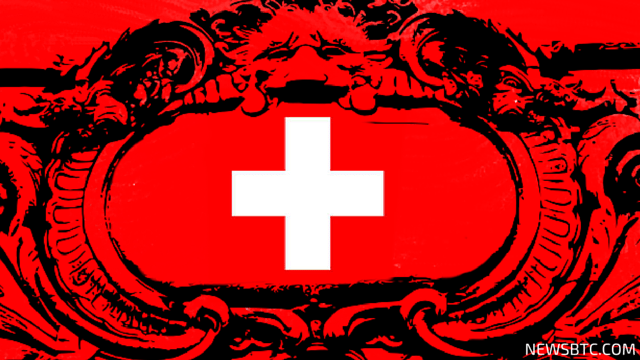 Switzerland to Give its Central Bank Monopoly on Money Creation

The Swiss federal government confirmed on December 22 that it will hold a referendum to determine the authority of commercial bank in the country in creating money.

The announcement of the government followed a campaign led by the Swiss Sovereign Money movement known as the Vollgeld initiative which presented a successful petition signed by more than 110,000 individuals requesting the government to give the central bank the sole power and authority to create money in the financial system.

The campaign of the Swiss Sovereign Money was qualified as a Popular Initiative, one feature of Switzerland’s Direct Democracy which states that the federal parliament is obliged to discuss an initiative if 100,000 citizens (2.5% of the electorate) sign a form.

“The federal parliament is obliged to discuss the initiative, it may decide to recommend or to reject the initiative or it may propose an alternative. Whatever they choose to do, all citizens will finally decide in a referendum whether to accept the initiative, the alternate proposal or stay without change,” reads the official document of Switzerland’s Direct Democracy.

If the referendum passes through the parliament and the final confirmation, the federal government will give its central bank a total monopoly on the creation of both physical and electronic money.

Interestingly, over the past few years, the Swiss Sovereign Money campaign stated that over 90% of money in circulation in the Swiss financial system exists in the form of electronic money. Thus, the group predict that there is a high possibility that the central bank is considering the deployment of an independent digital currency or an electronic form of money to eliminate cash.

“Due to the emergence of electronic payment transactions, banks have regained the opportunity to create their own money,” said the Swiss Sovereign Money campaign.

“Banks won’t be able to create money for themselves any more, they’ll only be able to lend money that they have from savers or other banks,” the group added.

Tags: Bitcoin NewsOtherswissSwiss bankswitzerland
Tweet123Share196ShareSend
Win up to $1,000,000 in One Spin at CryptoSlots