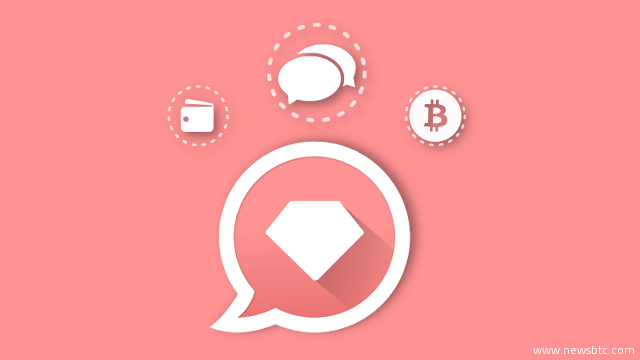 An app available on the iTunes store and Google Play offers an integration of a messaging platform and a bitcoin wallet. Called Telegram with GetGems, this social networking app allows users to earn gems in an online store and keep them in a secure bitcoin wallet.

Aside from the free unlimited instant messaging, the app distinguishes itself from the rest by allowing users to send and receive bitcoins as well. It connects directly to the bitcoin network, preventing hacking instances or bitcoin theft.

Having an integrated bitcoin wallet in the app itself makes it easy for users to transfer funds to each other. This can be done to split fares or dining costs or to pay debts to other users.

The app claims that it is simple and easy to use, as creating an account takes just a few seconds. Users can also be rewarded for participation and for inviting friends and family to create their own accounts as well. Ways to earn gems include inviting friends on Facebook, Twitter, WhatsApp or through SMS.

These gems or bitcoin wallet credits can be redeemed through Amazon, Ebay, iTunes, and a variety of other merchants that accept bitcoin payments. In addition, the loss, damage, or theft of your mobile phone can still enable you to protect your bitcoin wallet account on GetGems. The funds can easily be recovered using a personal recovery passphrase.

The latest version 1.1.18 features an improved user interface, along with more secure communication and bitcoin wallet registration. It also added more ways to score gems and the occasional bug fixes. This app was created based on the official Telegram app and is optimized for use on the iPhone 5 and iPhone 6. It is available in both English and Japanese languages.

Tags: bitcoin appbitcoin itunesbitcoin messengerbitcoin walletNews
TweetShare
BitStarz Player Lands $2,459,124 Record Win! Could you be next big winner? Win up to $1,000,000 in One Spin at CryptoSlots