Tether is Now Printing Millions, and That’s Huge for Bitcoin 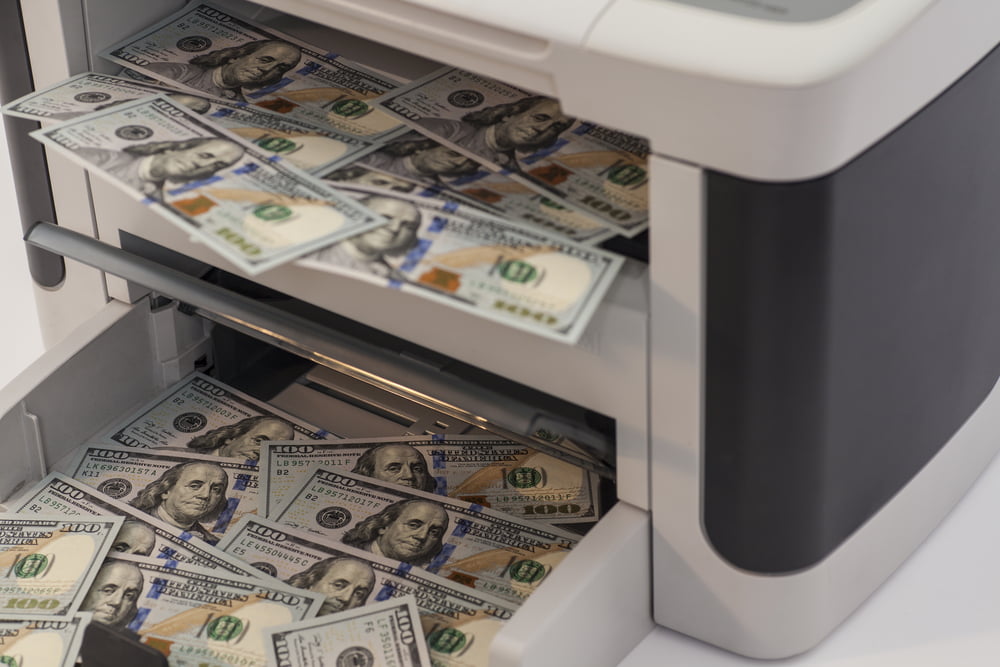 Tether’s USDT money printer is up and running again, and it could be a sign of what’s to come next for Bitcoin and the aggregated cryptocurrency market.

It now appears that Tether has issued a whopping $161 million worth of USDT over the past 24-hours, putting the total number of new USDT issued over the past three months at $627 million.

Although this massive addition of new Tether into the crypto ecosystem has come about during a time of immense selling pressure on Bitcoin, historical precedent does seem to suggest that this is a highly bullish sign for the benchmark cryptocurrency in the near-term.

Tether Spins Up the Money Printer, Spews Out Massive Amount of USDT

Tether has long been accused of using their ability to print USDT tokens to manipulate Bitcoin, with the addition of these tokens to the crypto ecosystem being directly correlated to massive BTC price movements.

According to data recently shared on Telegram by Unfolded – a Bitcoin and crypto analytics group – Tether has increased the circulating supply of USDT by an astonishing 13.3% over the past three months, with an additional $161 million worth of tokens being minted over the past 24-hours.

“In less than 3 months Tether circulating supply grew by 13.3% or $627m USDT got added into circulation. Last 24h $161m USDT got minted,” Unfolded noted in a message.

As for why this massive climb in the circulating supply of USDT is significant for Bitcoin, over the past several years there has been an uncanny correlation between BTC’s price trends and USDT’s market cap.

Charles Edwards, an investor at Capriole, spoke about this phenomenon in a recent tweet, explaining that he believes the recent rise in USDT’s market cap is a “healthy sign” for Bitcoin.

“Major changes in Tether’s Market Cap have led Bitcoin’s price over the last 1.5 years. 5 January 2020 was no different. A healthy signal. Keep it printing,” he explained.

Assuming that this trend continues to have validity in the future, the recent rise in the circulating supply of USDT does seem to suggest that Bitcoin could soon see some serious upwards momentum.

Tags: bitcointetherUSDT
TweetShare
BitStarz Player Lands $2,459,124 Record Win! Could you be next big winner? Win up to $1,000,000 in One Spin at CryptoSlots