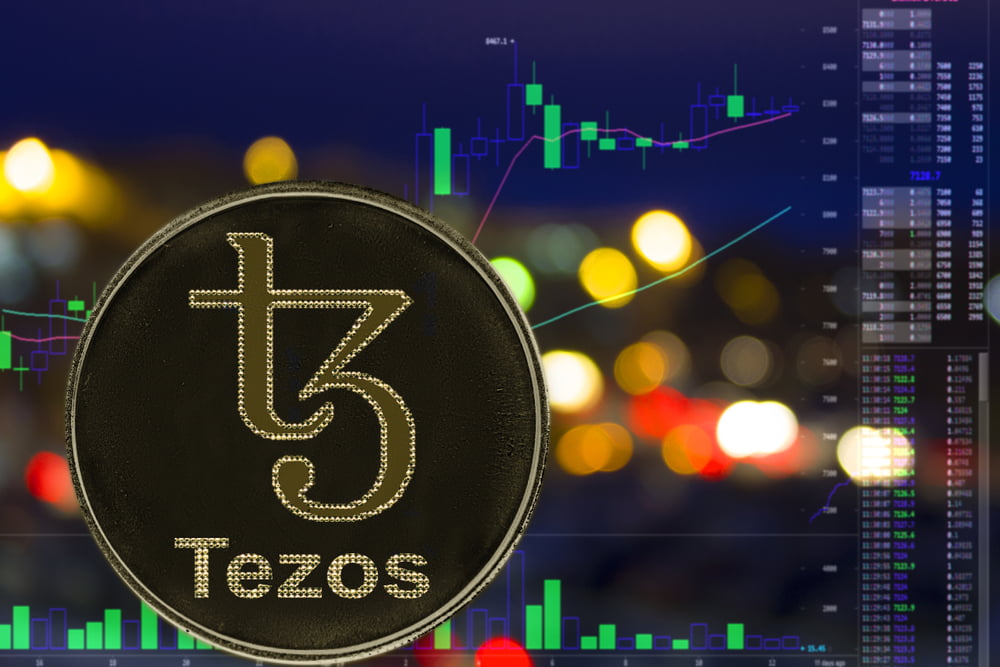 It has been another largely fruitless day for the majority of crypto assets but one is powering ahead regardless. Tezos has just made it into the top ten as the fundamentals for this altcoin keep improving.

All Change in Crypto Top Ten

Tezos is on fire again today with another surge of 18% as it powers into the top ten. From an intraday low of around $1.55 XTZ cranked higher to top out at $1.83 a couple of hours ago before a slight pullback.

Daily volume has pumped from $70 million to $117 million according to Coinmarkercap and again Binance and OKEx are taking the lion’s share of the trading. The move has enabled Tezos to flip Stellar for a top ten position as its market cap reached $1.2 billion. 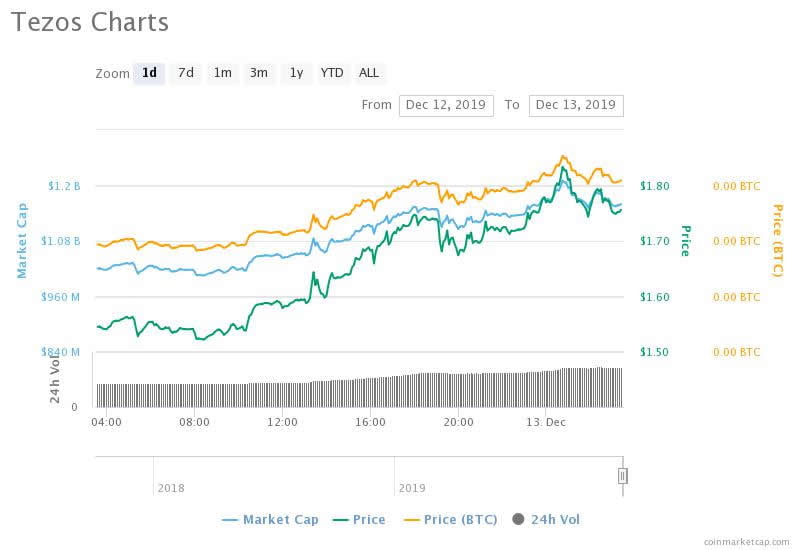 Stellar has slid out of the top ten as it falls back again today. XLM has been dumping all year and has dropped 54% since the first of January.

Tezos conversely has been one of 2019’s top performing crypto assets with a surge of 280% over the same period. Over the past week alone the crypto asset has surged a whopping 40% while most of those around it have been dumping.

Analyst ‘CryptoFibonacci’ has been eyeing a retrace after such a sterling run.

“Price is outside of the upper Bollinger Band and it is hitting a confluence of resistance. Watching the retrace.”

Loved it when I did my Livestream a week or so ago, loved it a few days ago. Not so much in love with it now.

Price is outside of the upper Bollinger Band and it is hitting a confluence of resistance. Watching the retrace.#XTZ pic.twitter.com/yzhBk2F7md

Another exchange has just joined those offering Tezos staking. Kraken announced that there would be opportunities to earn 6% by staking XTZ on the exchange.

Staking opportunities are already available on the world’s two leading crypto exchanges, Coinbase and Binance. Last week Binance announced that it would support zero fee Tezos staking and Coinbase is pushing education on XTZ by giving a little away to those that watch videos on it.

The Bitwise10 has now sold XLM to buy XTZ.

Quant traders, have you ever studied whether there's momentum (autocorrelation) or reversion when coins enter round cardinalities (top100, top50, top10, top5)? Say price move v BTC 3mo after. Would be interested to see. https://t.co/9V1zj3nu9p

Earlier this month the fund replaced Dash with Tezos also and others such as the Crypto20 fund are likely to follow suit as the token continues to outperform its brethren.

Proof of stake tokens are likely to grow in popularity as investors will simply hold on to them for staking purposes. Tezos has a delegated staking system whereby holders do not need to have the full amount to become a ‘baker’ and can join staking pools to get their rewards.

Other performers today include Cosmos, VeChain and Qtum.

Tags: krakenStakingstellartezosXTZ
Tweet123Share210ShareSend
BitStarz Player Lands $2,459,124 Record Win! Could you be next big winner? Win up to $1,000,000 in One Spin at CryptoSlots