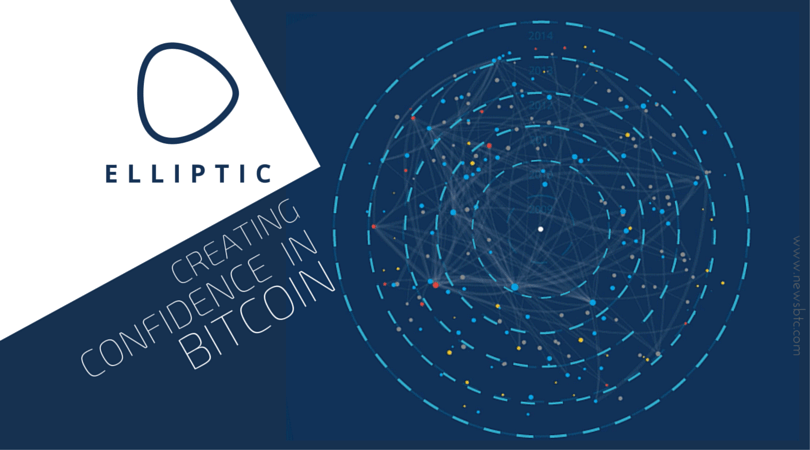 UK-based Bitcoin analytics and security firm Elliptic today announced the launch of The Bitcoin Big Bang – an interactive visualization that marks the emergence and interconnectivity of key Bitcoin names since the cryptocurrency was first heard in 2009.

The Bitcoin Big Bang is a landmark achievement in itself. The interactive visualization tool debunks the anonymity myth of the blockchain technology and tracks the flow of Bitcoin from one entity to another.

The visualization marks more than 250 large entities and identifies the historical transactions between them. Illicit marketplaces and money laundering services have been identified by names while standard entities are described purely by their primary business to protect privacy.

“Our technology allows us to trace historic and real-time flow and represents the tipping point for enterprise adoption of Bitcoin. We have developed this technology not to incriminate nor to pry, but to support businesses’ anti-money laundering obligations.”

Dr. Smith continued, “Elliptic’s founding principle is to bring confidence and certainty to enterprises working with Bitcoin. We were the first Bitcoin custodian to provide comprehensive insurance, the first to be Big Four accredited and now the first to visualize the flows of Bitcoin and explode the anonymity myth of the blockchain.”

This is a ground-breaking development in the anti-money laundering (AML) services. The API will enable real-time compliance, by alerting recipients of Bitcoin payments linked to known thefts, illicit marketplaces, and other criminal activity.

Even though the technical tool has been created by Elliptic’s team of PhD data scientists and engineers, it is very easy-to-use and can be understood by even a beginner. The Bitcoin Big Bang has been presented as a collection of dots, where each dot represents an entity. When a user clicks on a dot, the Bitcoin transactions pertaining to that entity is generated.

Take a peek at how this magnificent tool effortlessly displayed all the transactions for an entity, recorded via the blockchain.

Elliptic will be opening the door in July to only a select group of early customers to try the AML suite. If you are interested in becoming the first users, contact the Elliptic team here.

London-based Elliptic is backed by Octopus Ventures and is the founding member of the UK Digital Currency Association (UKDCA), working with the UK government and financial regulators to help shape a sensible regulatory framework for digital currencies.

Tags: bitcoinbitcoin transactionsblockchaincryptocurrencyellipticNewsSoftwareThe Bitcoin Big Bang
Tweet123Share196ShareSend
BitStarz Player Lands $2,459,124 Record Win! Could you be next big winner? Win up to $1,000,000 in One Spin at CryptoSlots