The Rising Trend of Bitcoin in 2015 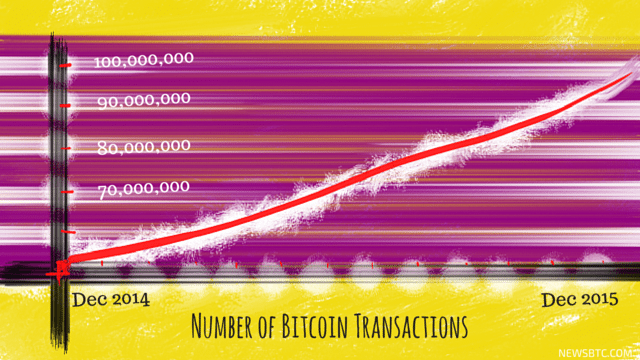 This is because of the growing number of Bitcoin merchants and increasing adoption of the digital currency in developing or financially unstable countries such as Argentina, the Philippines and India. Previously reported by NewsBTC, institutional investors and corporations in India have begun to recognize Bitcoin as a valuable international asset, as more merchants and medium-sized businesses started to accept Bitcoin.

Using various analytics tools and platforms, investors in developing countries are actually trying to profit from the volatility of the price of Bitcoin. The number of daily transactions began to spike since the surge of Bitcoin prices during the first week of November, when investors and traders on leading Chinese Bitcoin exchanges including Huobi, OKCoin and BTCChina traded Bitcoin at around US$500. Since the beginning of 2015, the number of registered wallets on blockchain.info alone has almost doubled, recording a staggering 2.5 million new registrations.

Currently, blockchain.info supports more than 5 million users, and leading Bitcoin wallet service provider and exchange Coinbase support around 2.9 million registered Bitcoin wallets. Overall, there have been more wallets created in 2015 than the last 6 years, since 2008 to 2014.

Despite the volatility of bitcoins, the price of the digital currency has increased by around 22% since the beginning of the year.

Bitcoin was traded at around US$307 on January 1 on major Bitcoin exchanges including Bitfinex, and currently Bitcoin is worth around US$394.6.