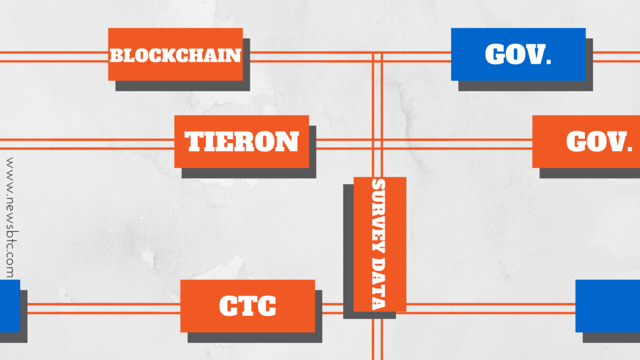 Blockchain is the public ledger of bitcoin transactions, which are updated and verified by a network of computers solving complex algorithms in a process known as bitcoin mining. While bitcoin enjoyed its claim to fame a few years back, blockchain technology is gaining more attention these days thanks to its practical applications in record-keeping or data transfer.

Tierion CEO Wayne Vaughan clarified that the company’s blockchain technology simply supports the data collection, but it would provide the startup a nice platform to showcase the benefits of using the distributed public ledger. In other countries such as Honduras, the underlying bitcoin technology has been used for creating a secure land registry with entries that are virtually immutable.

Meanwhile, the CTC is interested in familiarizing itself with emerging technological innovations such as blockchain. Bruce Carlson, president and CEO of the CTC, said that they will run this trial through the state’s Department of Economic and Community Development (DECD) survey on on issues including workforce demand and tax code awareness, among other concerns.

This survey is currently being filled out by respondents coming from around 200 of Connecticut’s technology companies and is expected to be completed by September 11. Although the DECD is interested to analyze the results of the survey, they might not be aware of the technology being used to conduct it.

Vaughan has previously worked with the CTC through his former business, Fuscient. For his current company Tieron, his goal is to position itself as a software-as-a-service (SaaS) firm for anyone who wants to collect data and secure records using the bitcoin blockchain.

Get 110 USDT Futures Bonus for FREE!
Tags: bitcoin technologyblockchain governmentblockchain technologygovernment surveysinnovation in politicsNewsProductsSoftware
Tweet123Share196ShareSend
BitStarz Player Lands $2,459,124 Record Win! Could you be next big winner? Win up to $1,000,000 in One Spin at CryptoSlots