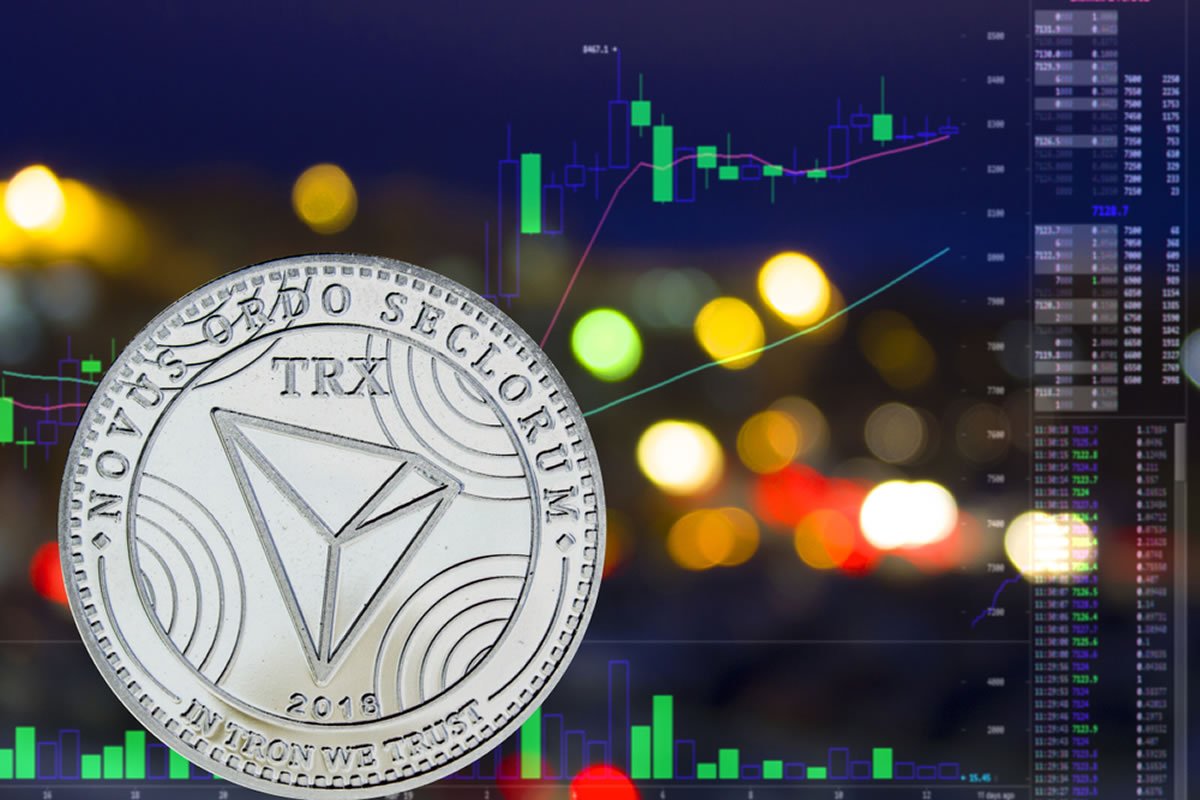 Another day sees more flippenings in the crypto market cap charts as the top ten digital currencies jockey for position. Today it is Tron’s turn as it climbs the chart and makes gains while those around it are in the red again.

According to Coinmarketcap TRX has just surpassed Bitcoin SV and taken ninth spot on the charts. At the time of writing there was only $6 million difference between the two which is nothing when market caps run into the billions. However since Tron has generally performed quite well recently and BSV has done the opposite the likelihood of it holding on to ninth spot, and even climbing further, is high.

The top ten is all red during the morning’s Asian trading session right now aside from TRX which has made almost 2% on the day. Total gains for the 24 hour period are closer to 6% as it climbed from $0.0228 to an intraday high of $0.0241 before pulling back to current levels.

A good start on Monday! #TRX is back to top 9. Keep moving, #TRON! $TRX ? pic.twitter.com/YqykxdDyai

Momentum is coming from the launch of the BitTorrent token, BTT, which will serve the peer to peer network’s huge user base and is powered by the Tron network. The official whitepaper has recently been published and TRX as a result has had a solid week gaining 25% since last Tuesday.

Conversely Bitcoin SV has not performed so well and has dropped a couple of percent on the day as daily trade volume shrinks from $58 million to $44 million. Since its birth in late November BSV has been pretty flaccid with a low of $65 and a high of $130. It is currently trading at $88 and slowly dropping down the charts as market cap diminishes.

Yesterday Stellar was flipped by Litecoin as it fell back to seventh spot. However just like the two tokens above they are both very similar in market caps which has enabled XLM to reclaim its place today. Stellar has made less than a percent on the day at the time of writing but it was enough considering that Litecoin has fallen back 2% to $38.

During the Asian trading session today Stellar increased its market cap to $2.32 billion which was enough to overtake Litecoin on $2.29 billion. In general though markets are retreating today following yesterday’s $7 billion pump.

Read our comparison of 50 different crypto casinos. Find out who has most generous bonuses, best UX, knowledgeable customer support and best provably fair games.
Tags: Bitcoin SVBSVFlippeningLitecoinstellarTRONTRXXLM
Tweet123Share217ShareSend
Win up to $1,000,000 in One Spin at CryptoSlots