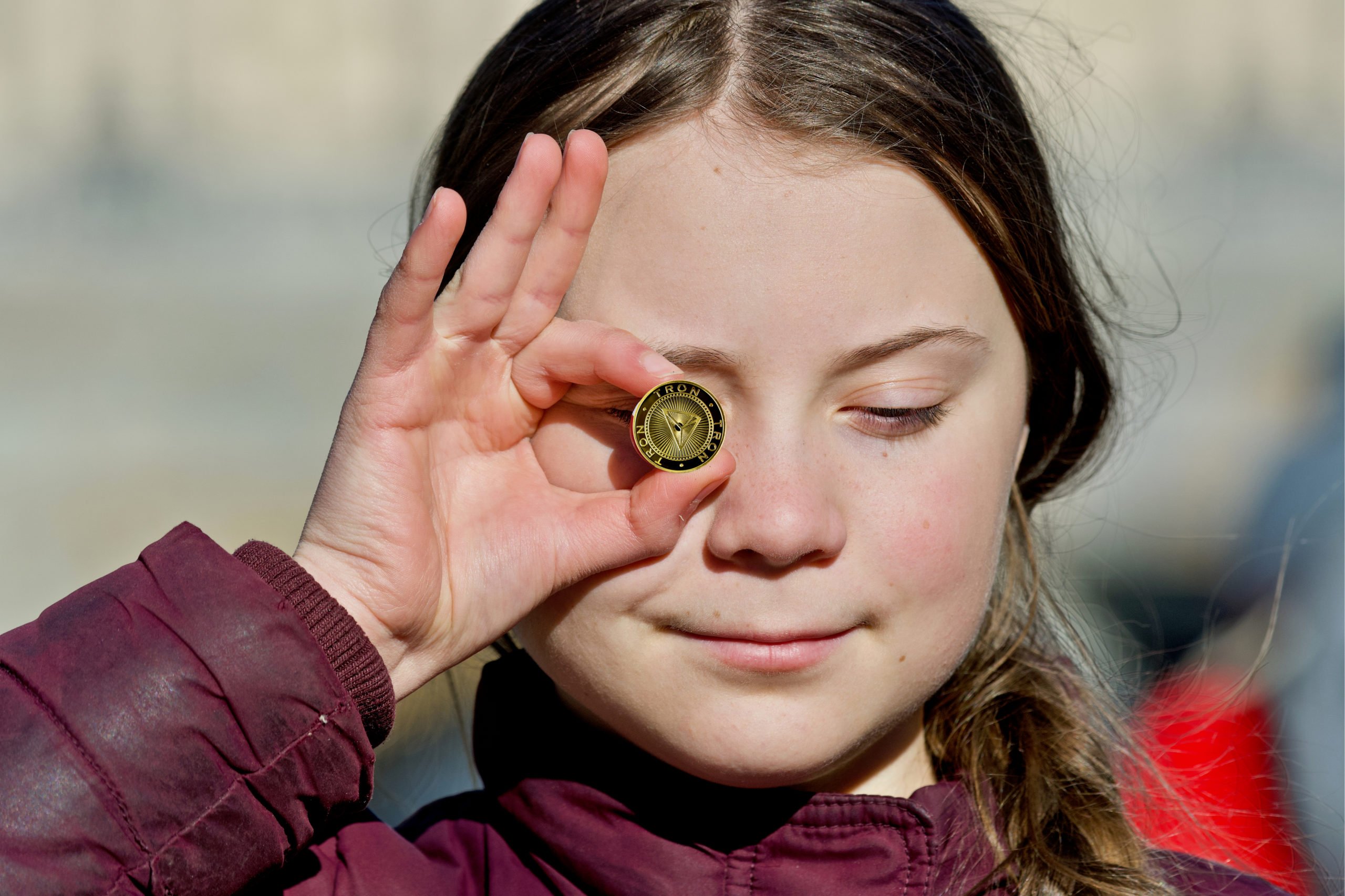 The founder of the crypto altcoin known as Tron or TRX, has pledged a staggering one million dollar donation to 16-year-old world-renowned activist and environmentalist, Greta Thunberg.

The money will go toward one of the many initiatives that Thunberg supports related to climate change and global warming.

The crypto industry is an unusual place, filled with eccentric characters, outspoken project founders, and dozens of influencers sharing analysis behind the guise of a cartoon character or dog.

One particular controversial project founder, Justin Sun, is once again vying for the public spotlight, trying to bring additional attention to his cryptocurrency project known as Tron.

Sun has made headlines in the past for winning a since-canceled lunch meeting with the Oracle of Omaha himself, Warren Buffett, and for purchasing popular file-sharing service BitTorrent. However, not all of the news related to Sun is always positive, such as his recent Twitter tirade against Ethereum founder Vitalik Buterin over follower count.

In his latest move, the outspoken student of Alibaba founder Jack Ma has offered to contribute as much as one million dollars to support one of the many initiatives backed by recent internet sensation, Greta Thunberg, whose compelling and emotional speech at a United Nations climate change conference took social media by storm.

Thunberg became an overnight superstar, the subject of memes, and a guest on a number of talk shows following her addressing the UN body with such passion.

Given her sudden fame, Sun may be attempting to piggyback onto her success and bring additional awareness to his Tron cryptocurrency, or he may simply be an advocate of the environment himself. Regardless of Sun’s possible ulterior motives, there’s no denying that the contribution will go towards something positive.

Sun says that cryptocurrencies like his Tron altcoin and Bitcoin, will reduce the overall carbon footprint left by today’s traditional technologies.

Sun’s cryptocurrency, Tron, is currently trading at $0.012 per TRX token, down over 94% from the altcoin’s all-time high it set at the peak of the crypto hype bubble, when Tron reached over 22 cents per TRX.

Tron is also currently down year-to-date, kicking off 2019 at $0.018, joining Ethereum and Ripple in setting fresh 2019 lows in response to Bitcoin’s most recent drop.

Related Reading | Tron Weibo Account Gets Banned, Is China Cracking Down on Crypto?

To revisit former all-time high prices, Tron would require a gain of over 1700% from current levels. The altcoin was also once part of the top ten cryptocurrencies by market cap, but is now resting firmly at 13th place overall, ahead of Cardano, and trailing cryptocurrency exchange Bitfinex’s Unus Sed Leo token.

Tags: cryptogreta thunbergJustin SunTRONTRX
Tweet123Share222ShareSend
BitStarz Player Lands $2,459,124 Record Win! Could you be next big winner? Win up to $1,000,000 in One Spin at CryptoSlots