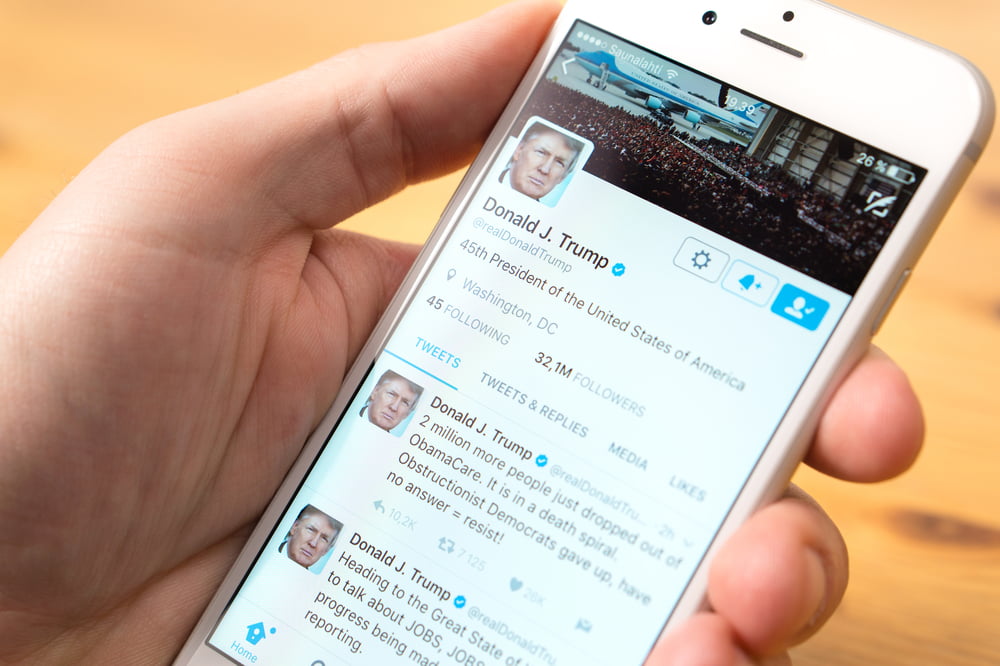 When the controversial leader of the free world – United States President Donald Trump – tweets, people tend to pay attention. But could there be some correlation to recent Trump tweets coinciding with Bitcoin price drops?

And could one of Trump’s tweets be responsible for Bitcoin’s recent downtrend? Or does what appears to be conclusive data amount to nothing more than pure coincidence?

Bitcoin price has been an ongoing rally, ever since news broke that the United States launched a drone airstrike, killing Iranian General Qasem Soleimani.

The leading crypto asset by market cap pumping in the face of global turmoil alongside gold has revived the safe-haven asset narrative, further fueling the bullish momentum.

The pump began on January 2 after news circulated the web, but days later Bitcoin experienced a pullback shortly after Trump tweeted that the US would retaliate if provoked.

I would've agreed with you before Friday and argued the same Bob, but this time it just moved almost exactly in concert with gold and oil. Previous geopolitical events moves either led or lagged by a lot more pic.twitter.com/oPyVn8c2Nh

Interestingly, the news of initial conflict caused a rally, yet Trump’s escalation caused a dip. The rally then continued, until Trump tweeted yet again.  

This time, Trump’s tweet was an attempt to deescalate tensions, which promptly caused Bitcoin to top out and begin to fall back toward resistance turned support.

Bitcoin Downtrend Began With a Twitter Tirade From US President

Back in early July, Bitcoin was in the midst of making another attempt toward retesting the $14,000 high for the year, Trump made a series of tweets about Facebook Libra, Bitcoin, and crypto in general.

In his tweets, he spoke of his distaste toward the emerging asset class and how it is used for illicit criminal activity.

It also promoted US regulators to take a closer look at the market and apply more stringent barriers. In the days following the tweet, nearly every US branch of government suddenly had a new crypto agenda, including the IRS and the US Treasury Department.

Since then, Facebook’s Libra has been heavily demonized and may never see the light of day. Elsewhere around the crypto market, it’s been nothing but devastation since.

Bitcoin has been in a downtrend ever since that fateful day. At the time, the crypto community was elated that their magic internet money was being discussed by the leader of the free world, but had they known that moment would have marked the start of another bear market, they may not have been so enthusiastic.

So next time you see Trump tweet, it might be time to open a short or at least be ready to buy the dip.