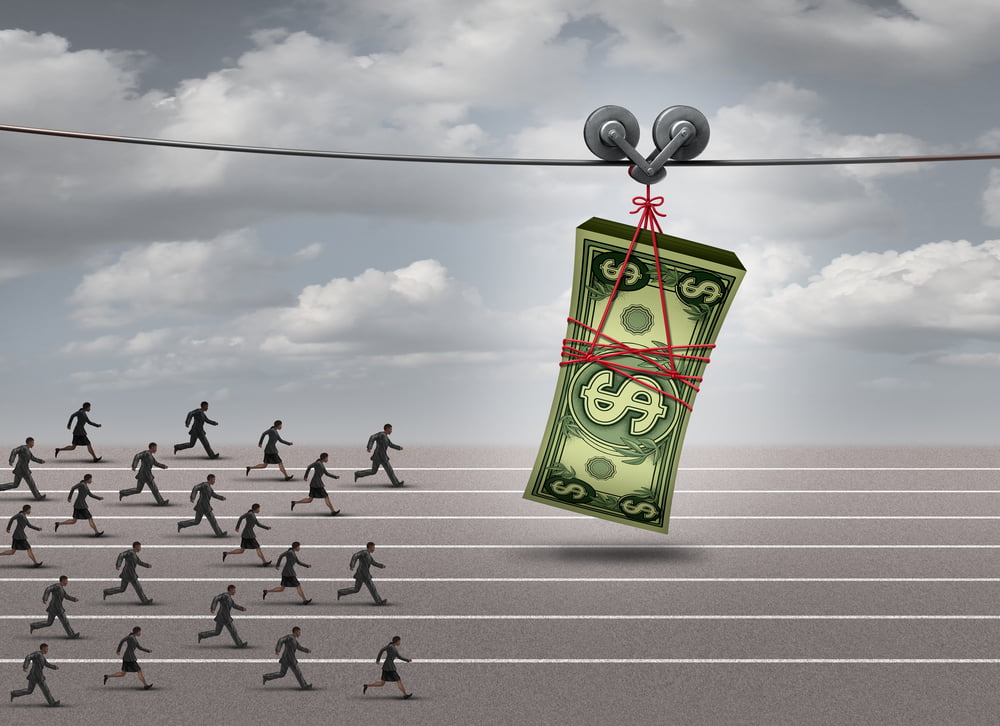 The cost to purchase one UniSwap (UNI) token surged by almost 24 percent in just two days of trading.

UNI/USD reached a five-day high at $4.010 during the early morning session Friday. The upside move appeared after the UniSwap community put forward a governance proposal that would extend their UNI reward program for liquidity providers. The program expired on November 17, coinciding with the UNI/USD’s drop to a weekly low of $3.23 this Thursday.

In retrospect, UniSwap operates as an automated market maker that arranges liquidity from users to run its decentralized exchange. In return, it pays them yields in the form of UNI. Beneficiaries can opt to sell the native token in the open market for other assets and/or use their UNI ownerships to vote for making changes in the UniSwap protocol.

One of such yield farming programs concluded this week. It consisted of four ETH-based liquidity pools that were yielding 583,333 UNI each. That helped to propel the total value locked with UniSwap to the top of the DeFi list.

But after November 17, most of UniSwap’s reserves migrated to rival yield farming projects. On November 19, the liquidity provided by UniSwap users was 50 percent lower than $3.06 billion on November 14. In contrast, Bancor and SushiSwap’s liquidity pools ballooned after introducing opportunistic farming reward programs.

The price of one SUSHI token surged nearly 54 percent in the last two days.

That prompted the UniSwap community to launch a rival yield farming reward. So it seems, traders believe that the program’s revival would be bullish for UNI. As a result, they have increased their token exposure in the last 48 hours.

But to Jeff Dorman, the chief investment officer at Arca, the total number of value locked inside liquidity pools does not determine its governance token’s value. It is the volume that does.

“Uniswap pools had more liquidity than needed to facilitate trading, and the excess liquidity left once UNI farming ended,” he said. “This doesn’t affect volumes. TVL is pointless for Uniswap when there is more capital than needed.”

“Uniswap’s TVL started going up at the end of August, & has now “crashed” back down to where it was 3 months ago. But Uniswap’s volumes peaked BEFORE TVL even increased, and volumes went down while TVL went up,” he added.

Mr. Dorman further said that UniSwap’s customer base is stickier than that of its rivals. It means that the protocol would keep performing well as long it puts capital to use productively.

“LM incentives can be powerful, but without a goal & analysis, it is just inflation,” he added.

Tags: UNIUNIBTCUniswapuniusd
Tweet123Share196ShareSend
Win up to $1,000,000 in One Spin at CryptoSlots

UNI Price Slides Due To SEC Investigation, In Risk Of Deep Plunge?

Uniswap Community Reacts Against The New Proposal, Here is Why

This is why Uniswap v3 could have “insane efficiency”