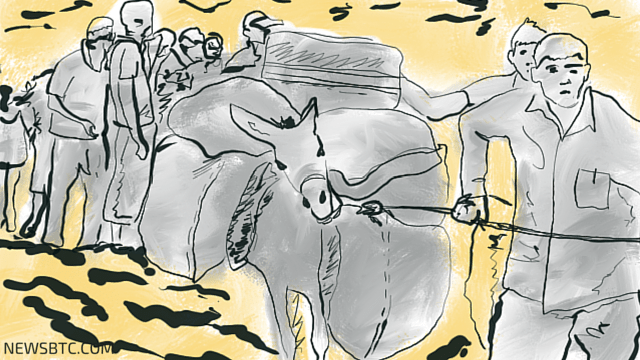 The Syrian refugee crisis in several parts of Europe has been going on for months, as tensions in the country continue to escalate. While some European nations have pledged to accept thousands of refugees, border countries such as Turkey, Lebanon, and Jordan are approaching “a dangerous saturation point” according to the European Commission Humanitarian Aid and Civil Protection.

Throughout all this, BitNation has been carrying out its BitNation Refugee Emergency Response (BRER) program to facilitate the distribution of emergency services and humanitarian aid to Syrian refugees. The group makes use of the blockchain, which is the underlying technology validating bitcoin transactions, in order to authenticate and validate identification through a Blockchain Emergency ID (BE-ID).

Aside from that, BitNation also makes use of blockchain tech in coordinating much-needed services to refugees, including the use of the BitNation Bitcoin Visa Debit Cards. Through this, the group is able to ease the burden of the nations receiving refugees across their borders by filling in the gaps when it comes to financial transactions and transitional tools necessary to meet the needs of refugees.

BitNation’s CEO and Founder Susanne Tarkowski Tempelhof explains that she is no stranger to problems typically encountered by refugees, as her father claimed asylum in Sweden and their home has welcomed asylum seekers waiting for their papers to be processed as well. In addition, Tempelhof also had actual professional experience with the situation on the ground, providing assistance to international aid workers, politicians, and journalists in obtaining visas, security, and transportation in Afghanistan, Libya, and Egypt before founding BitNation.

BitNation has launched the BRER program last month and has received approximately 200 applications for the Bitcoin Visa Debit Cards. However, the applications take a bit longer to process compared to the Blockchain Emergency ID because of the bureaucracy involved, explained Tempelhof. BitNation is also working on organizing workshops in refugee camps to foster bitcoin and blockchain education, along with developer camps focusing on blockchain encryption to enlist more programmers to devote their time to the humanitarian project.