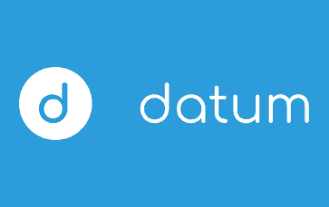 If you’re like most internet users, you like services that are offered for free. Companies like Google, Facebook, Twitter, and others provide their customers with a variety of service at no cost, and users have embraced it. Over one-fifth of the earth’s population can be counted among the customers of these services. No wonder the companies are massively large.

However, if the companies are giving all the services away for free, how can they be making such huge profits? The answer, of course, is that they are selling their users to advertisers. As one famous internet analyst commented,

In fact, advertisers pay unreal sums of money to access the data that users upload every day. Pictures, likes, and tweets have all become big business for advertisers seeking user information. Google is expected to clear $73 billion in ad revenue this year alone, and Facebook should come a distant second at $36 billion.

Data is valuable, and that data is yours. But when you step into the free service, you give up your rights to your own data. Privacy is removed, and money is made.

There are companies that have tried to implement privacy restrictions on data. Many have sought to create new networks that do not monetize user content, and instead protect privacy. Companies like Couple, the app for couples, Yammer for office chats, or FamilyWall for in-family communication, have all tried to create private social networks, but have failed to achieve mainstream adoption.

However, one company — Datum is seeking to increase privacy while at the same time, allowing users to stay on their mainstream feeds. Users can store the data from their social media, wearable devices, and IoT gadgets on the site, and the data is protected by encryption on blockchain technology.

The program allows users to make choices about what they want to do with their data, and whom they want to allow access to it, all within the confines of a simple user-friendly app. And the use of blockchain technology protects the data from companies who would like access to it for advertising purposes.

Taking Back Your Data

More than simply privacy, however, users have the right to release their data to advertisers within the network, and are compensated for doing so with DATG tokens (think digital currency). Those tokens can then be used within the Datum network, or be exchanged for real currency on an outside exchange.

In this way, the value of data can be democratized for the creators of the data themselves, who happen to be the rightful owners. If users choose to keep their data private, it remains so and if they choose to sell their data to in-network advertisers, they can do that as well. The choice is given back to the user.

Additionally, companies can use the service to deploy IoT devices and collect and utilize the data in a completely secure environment. Rather than facing the risk of exposure or hacking through these devices, all data is collected and kept for analysis within the network itself, and all on a secure blockchain.

The company is set to start its Initial Token Offering (think digital crowdfunding) from September 12 through October 12, 2017, and will offer the DATG tokens for sale. Buyers of the token stand to profit from the network itself as well as from individual data.

The data industry is due for a stiff shake-up

Companies like Datum aim to revolutionize the business model of data, so that not only the big businesses like Google, Facebook and Twitter gain from user content. Rather, by providing a direct means for users and businesses to sell and acquire data, users and businesses alike can ‘cut out the middle man’ and profit from data personally. Not only is data private, but it’s valuable, and Datum creates a platform that provides both for users.