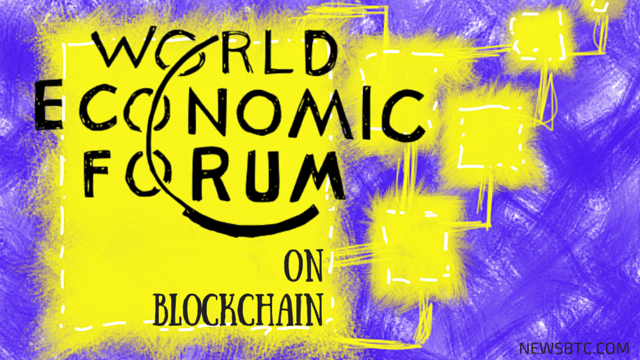 It may take at least eight years for blockchain technology to reach its so-called tipping point, according to a survey conducted by the World Economic Forum. In their report titled “Deep Shift: Technological Tipping Points and Societal Impact” the organization identified the blockchain or the distributed ledger of bitcoin transactions as one of the six largest trends to transform the digital world.

The report was compiled by the WEF’s Global Agenda Council on the Future of Software and Society and comprised a survey of more than 800 information and communications executives and experts.

The report identified blockchain as “an emerging technology [that] replaces the need for third-party institutions to provide trust for financial, contract and voting activities.” Indeed, blockchain technology is currently being tapped by large financial institutions and governments for its potential applications on record-keeping, trade settlement, among many others.

Survey respondents were asked when blockchain would reach its “tipping point” in terms of mainstream adoption. Answer choices span from “it has already happened” to “it will never happen.” While survey-takers’ results indicated that mainstream adoption would take place by 2027, the WEF noted that governments could begin leveraging the technology by 2023.

“The blockchain creates both opportunities and challenges for countries,” the report indicated. “On the one hand, it is unregulated and not overseen by any central bank, meaning less control over monetary policy. On the other hand, it creates the ability for new taxing mechanisms to be built into the blockchain itself (ex: a small transaction tax).”

The report went on to predict that the traditional role of government institutions would have to be reimagined by the time blockchain technology hits the mainstream. Of course it also shed some light on potential drawbacks to government blockchain-based systems, such as corruption, real-time taxation, and undermining authority.

Tags: Bitcoin Newsblockchain adoptionblockchain governmentblockchain technologyNews
Tweet123Share196ShareSend
BitStarz Player Lands $2,459,124 Record Win! Could you be next big winner? Win up to $1,000,000 in One Spin at CryptoSlots