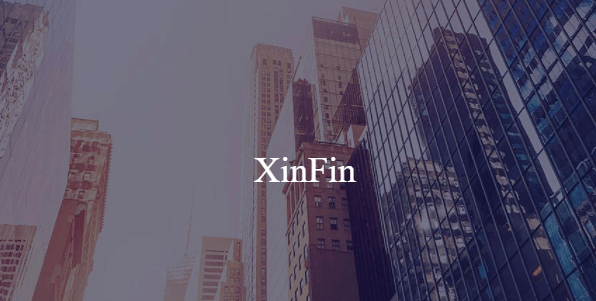 Following an overwhelming response in the first week of it’s Pre ICO, XinFin XDC reaffirms its mission to provide real world connectivity to the bitcoin ecosystem.

Xinfin.org Head of Marketing, Alex Mathbeck says :
“We have received amazing response by the community and early investors and our mission to bridge the global infrastructure deficit has been highly appreciated.”

“Market capitalisation of Bitcoin and blockchain built alt coins has reached over $110 billion as of today. It is growing too fast. There is no wonder that we all as a community believe in the blockchain technology and it’s potential. However, the question that needs to be answered today is what problem are we really solving? Peer to peer digital cash and global payments are the primary use cases of the bitcoin ecosystem but as the market capitalisation of the economy grows many fold, the world will start questioning real use of the bitcoin ecosystem. XinFin XDC has an answer for that.”

XinFin XDC network is built to connect the bitcoin ecosystem to a very common real world person who is looking for simplicity.

XinFin XDC network :does not use proof of work mining that is highly computing resource intensive. It uses a combination of Proof of Importance/proof of Reputation that has reduced the latency time to few seconds Checks a wallet address for its existence. Does not initiate a transfer to a non-existent XinFin XDC address Provides greater security due to it’s permissioned distributed network.Provides instant global payments and settlements
XinFin is currently building an application layer over it’s blockchain layer that :

Locks XDC rate to a Fiat Currency rate for 2 days. This feature is especially required for real world instant global remittances Incentivizes financiers to finance public infrastructure projects of critical importance and voted by the community backed by the regulators/institution Allows Trade & financing between buyers and sellers with non-existent ratings. Allows Institutions to trade rapidly depreciating and idle inventories

“We have received tremendous response even before our Pre ICO round. Our upcoming marketplace is the most anticipated by the community and will demonstrate first real world trades and peer to peer financing between global institutions. XinFin does not want to raise too much capital before it’s real world trade transactions and framework is launched. Hence it is applying a phase wise ICO model and listing on some of the Crypto-coin exchanges. Some ICOs have raised millions of dollars even before demonstrating a real product. XinFin wants to stick to business basics of delivering value and real product as it raises more capital and lists across exchanges.”

“Speculation may be the short term way of appreciation but delivering real product is a long term model and XinFin will stick to it.”

XinFin Pre ICO is open to it’s early backers on.