Yet Another 25 Million Tethers are Created out of the Blue 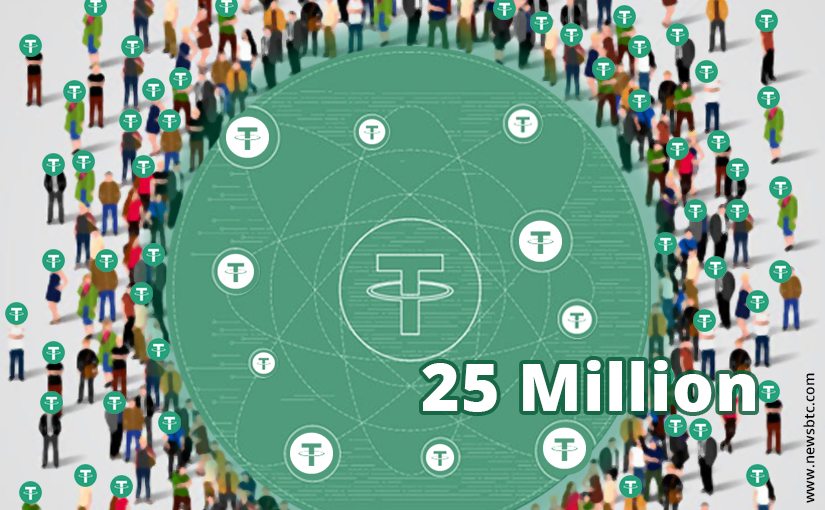 The concept of Tether and their USDT tokens has always seemed strange. The company guarantees every USDT is pegged to the value of $1. Such claims are always pretty difficult to maintain over the long run. Especially when the company simply creates more Tethers out of the blue without proving they are all backed by a US Dollar value. Over the past few days, around 75 million Tethers have been issued. The latest batch saw 25 million USDT appear, which raises a lot of questions.

It is evident a digital currency pegged to fiat currency value will be successful. In the case of Tether, their USDT token has become a formidable asset. Many traders and speculators use it rather than dealing with US Dollars directly. However, the practices of the parent company raise a lot of questions right now. More specifically, they are showing a few traits exhibited by central banks. Adding new monetary supply on demand is a very dangerous practice, especially in the world of cryptocurrency.

On paper, every USDT is backed by $1 in reserves held by Tether. This explains why the supply has been growing at a rather slow pace. That situation has come to change in the past few days. With 75 million USDT issued all of a sudden, a lot of people are concerned. After all, these tokens need to be back by $75m in assets. It is unlikely that is the case right now. Moreover, the parent company has no plans to audit their balance sheet, let alone make the results public.

If these tokens are not backed by fiat currency, people will eventually lose money. If all USDT holders wanted to convert to USD right now, the company would be in serious trouble. Some people speculate these Tethers are issued to prevent the Bitcoin price from falling further. If that is the case, we have a new Mt. Gox scenario on our hands. No one knows for sure what is going on with Tether, though. Strange behavior like this will make a lot of people very wary of the company moving forward.

In a way, one could argue Tether is slowly becoming the central bank of cryptocurrency. Issuing new tokens on demand during times of financial “struggles” is a type of behavior we don’t need in crypto. Helicopter money isn’t welcome, nor is it needed. Markets will eventually correct themselves and determine their own direction. Tether has a lot of explaining to do, that much is evident. Increasing the supply by 75 million in a few days is never a good idea. Especially not without any warning or reasoning for doing so.