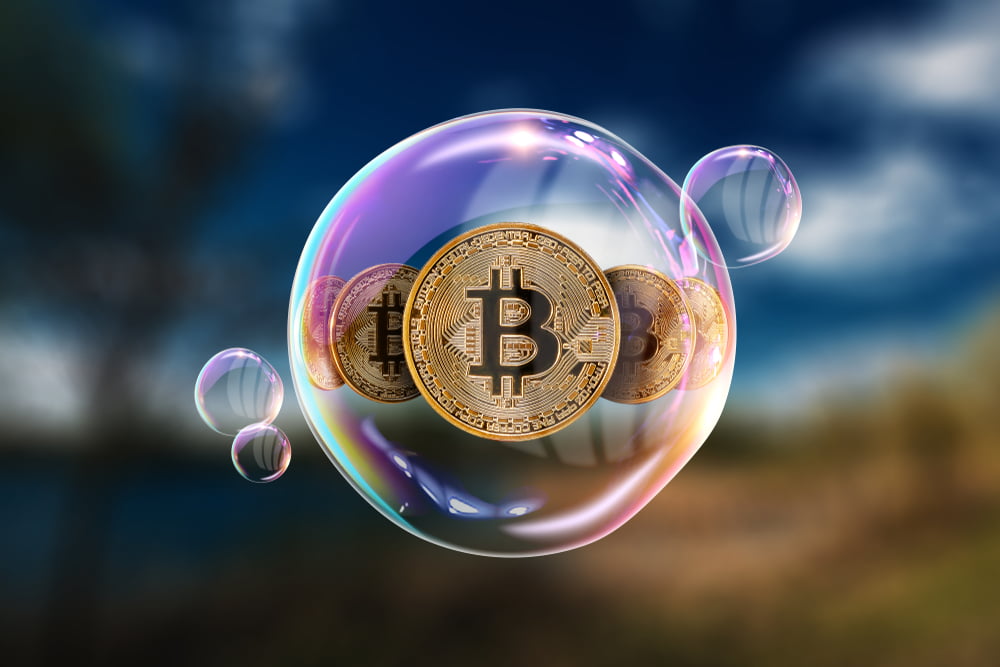 A $1 Million Bitcoin: Is It a Reckless Speculation or an Inevitable Reality?

Bitcoin is going to be worth a million dollar.

The extremely bullish target is once again trending high inside the cryptocurrency space thanks to Jesse Lund. The IBM executive, who heads the firm’s blockchain & digital currencies wing, recently said in an interview that bitcoin would reach a seven-figure value.

Media ran the story. People spread it. Responses came from both ends of the stick. Critics questioned the viability of a $1 million Bitcoin, while the crypto maximalists supported it whole-heartedly.

But in the heart of even the most staunch bitcoin fan, there must be a doubt. What if the prediction goes wrong? What if bitcoin doesn’t reach where analysts projected it would end? To a million dollar value? Most importantly, what would BTC need to go through to displace the world’s leading assets, such as the US Dollar, precious metals, stocks, real estates, and whatnot?

Let’s start with a perfect scenario. Then, we will move to a more dystopian one.

Scenario for a $1 Million Bitcoin

The total Bitcoin supply is limited to 21 million. Out of that, the market has lost, likely lost, or unmined 36% of the coins. That amounts to 7.56 million bitcoin units that remain inaccessible owing to human errors. It leaves the bitcoin market with the remaining supply of 13.44 million tokens, the last of which would come into existence by the year 2140.

Consider each BTC will cost $1 million, then the total market capitalization of bitcoin would become $13.44 trillion. It would make the bitcoin network richer than China, the world’s largest companies including Amazon, Apple, and Facebook, and even the world’s top 50 billionaires combined. Moreover, BTC would become equal to 11.7% of the world’s GDP, 19.5% of global stock markets, and 32.5% of the total money supply – all on a bitcoin-against-the-other basis.

The process requires bitcoin demand to be either stable or higher than what it is today. The digital currency is deflationary, which means its purchasing power could increase with time. Atop that, its supply rate reduces after every four years – approximately – which suits the famous demand-vs-supply theory that defines an asset’s real-time value.

That said, for bitcoin to reach $1 million, it would need to displace mainstream assets. For instance, 1.7 billion people across the globe do not have access to banking services. At the same time, more than two-thirds of the population has a smartphone and an internet connection. In a way, it is easier for people to access financial services via bitcoin than a bank.

It would mean that people even in the world’s remotest corners would be able to exchange goods and services for an internet-based digital currency. It directly implies that value would become more distributable, especially when the wealthiest 1% own 45% of the world’s wealth.

One cannot overlook the condition of certain economically weaker countries. Venezuela and Zimbabwe, for instance, are experiencing their worst hyperinflation phase owing to poor political decisions. In these nations, people have abandoned their national currencies. And, as alternatives, a lot of them have opted government-independent assets like BTC.

Atop that, the digital currency technology also serves people who want to bypass stricter investment and capital restrictions. The history of bitcoin is full of such cases. During the Greece debt crisis, the government had imposed currency controls on its people. The shaky economic blunder prompted people to purchase bitcoin as a haven. Also, in China, the government’s decision to restrict capital outflow led to an increase in demand for digital currencies.

Very recently, countries slapped with US economic sanctions saw its citizens moving to bitcoin. Iran, for instance, had to announce a bitcoin ban to avert its people from accessing non-state currencies. However, the Middle Eastern country decided that it would lift the ban to clear legal blockades around its national cryptocurrency, the Crypto Rial.

If any of these countries end up recognizing bitcoin as its haven, it will bring their entire population inside the cryptocurrency spectrum. On a broader level, it will BTC a hot asset even among the Wall Streeters. Haven’t they already started building sophisticated tools for trading bitcoin? Aren’t there multiple crypto derivatives products standing in a queue for regulators’ review? Yes.

The first foundations explain how established financial firms are getting ready for a potential bitcoin adoption. Once again, it strengthens the $1 million project for bitcoin, as predicted by Lund and many crypto experts before him.

For bitcoin to work, one also needs to understand that, in the end, it is a mere technology. This asset is as flawed as the next tech revolution – be it the VR, machine learning or AI. Of course, it would need to go through several hurdles to achieve the adoption required to match its $1 million bid. Have a look at these challenges:

Bitcoin’s block size is 1 MB. It is insufficient to manage a higher number of transactions taking place on the network. Think of it as feeding a large number of inputs through a tight funnel. The more the inputs there will be, the slower it would take the tunnel to process them. Bitcoin’s scalability problem is the same. With increased use, its blockchain records transactions more slowly. It leads to a backlog, which means each transaction waits for more than usual to get confirmed on the bitcoin network.

Bitcoin developers Thaddeus Dryja and Joseph Poon created an independent layer-two solution to solve the scaling crisis. Dubbed as Lightning Network (LN), the tool introduced a new, off-chain payment channel that transfers bitcoin funds almost as quickly as Google sends an email. Except, the payment information does not touch the main blockchain unless both the sender and the receiver close their transaction link.

Practically, the LN works but doesn’t solve the long-term scalability problem for bitcoin. It is still under development, and more upgrades would clarify whether or not it is THE solution.

Bitcoin and the rest of the cryptocurrency sector need to function in a favorable or at least allowable regulatory environment. People would find it difficult to adopt the blockchain assets if their representatives spill negativities against them. An average Joe would always feel threatened by law while using cryptocurrencies. Businesses would avoid integrating them. On a whole, cryptocurrencies will become the asset for criminals.

An unfair regulation could also stifle the growth of bitcoin before it attempts to touch a $1 million valuation. For instance, BitLicense, a crypto law proposed and enforced by the New York State Department of Financial Services (NYDFS), literally led to a “bitcoin exodus.” According to the many crypto startups, they couldn’t afford a $5,000 fee only to apply for BitLicense, specifically when NYDFS couldn’t guarantee their approval.

While the regulators around the world are attempting to develop a global framework, it does not guarantee a nice scenario for people who loved bitcoin for its anti-establishment features. That said, a fair and balanced regulation could solve things. But to what extent no one can tell.

A bilateral trust between the government and bitcoin community could allow the digital currency to walk towards a $1 million valuation.

Banks need to provide liquidity for traders. Unless people gain an option to switch back and forth between fiat and bitcoin quickly, they wouldn’t be keen on holding the digital currency. People invest in gold because they know they can sell it over the counter or online for money. But unless a bank is willing to offer services to bitcoin companies, it will not be possible.

Take Reserve Bank of India (RBI) for example. The Indian central bank one day decided to issue a circular that barred regulated banks from offering services to local bitcoin exchanges. The decision led to a wave of panic among Indian investors: they either sold their entire bitcoin holdings per the deadline or transferred funds to offshore/cold wallets to sell them later at higher rates in the black market.

The internet is full of stories where credit card companies prohibited their users from purchasing cryptocurrencies. Many a time, banks froze accounts of customers that were trading bitcoins. So, unless banks become friendly to bitcoin, it would be difficult for the digital currency to find adoption like that of gold.

How the technology develops ultimately decide to where bitcoin could lead. The digital currency network could grow as faster as a social network, thus boosting its overall valuation on the sideways. However, it would need to scale exponentially concerning its growth. A fractured network would merely prompt users to leave it for the next-best blockchain asset.

Bitcoin has the best fundamentals backing it in the long term. It could even go beyond $1 million. What it needs to remain is a stable utility tech. Unless that happens, a million seems like a billion miles away.

[The opinions expressed in this publication are those of the author. They do not purport to reflect the opinions or views of the NEWSBTC or its members.]