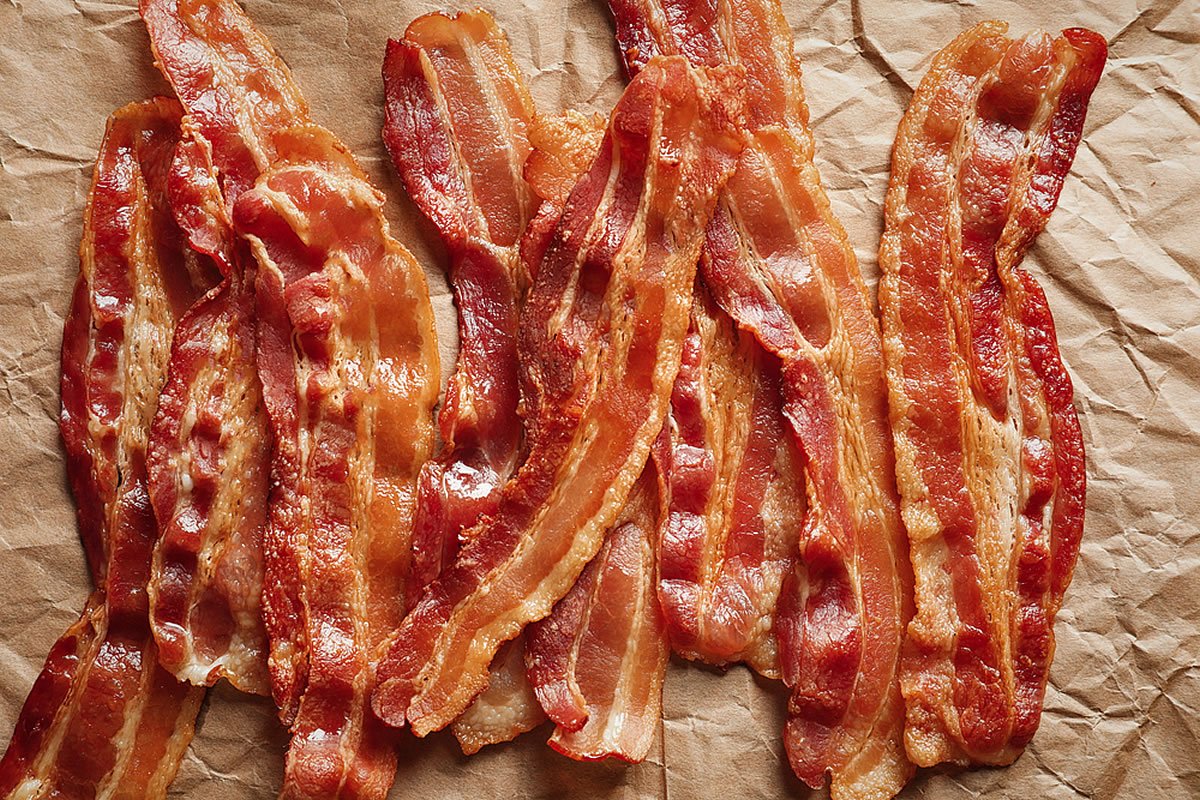 There are those who believe everything is better with bacon. Elvis topped his PB and banana sandwiches with it, pop idols use it for facials and scientists have proven that it cures hangovers. Now, Oscar Meyer, the processed pork purveyors who have been filling American’s sandwiches with bologna and ham loaf for decades have paired the desire for the savory cured meat with the cutting edge technology of cryptocurrency to create the ‘Bacoin’.

Bacoin can be Cashed in for Actual Bacon

Yes, the Oscar Meyer digital token is backed by the gold standard of pig products, sugar cured bacon. Is it confusing? Not so much that Kieth Sizzle “Bacoin architect/digital prophet” who looks as if he were pulled straight from the Silicone Valley call list, cleaned up and accented with mustard-colored shirt and glasses couldn’t explain it in a two minute Youtube video.

Simply go to the Oscar Meyer website and sign in for a chance to win a Bacoin, which today at 1:30 pm is worth 17 strips of bacon. Down considerably from the 24 hour high of 42, according to the Oscar Meyer Bacoin graph – the Bacoin market is a volatile place.

All I got for signing in was a message telling me that “losing is a bummer“, but that I could add to the value of Bacoin by going on social media and tweeting about it. The initial Bacoin offering (IBO) will be ongoing until May 14 which is coincidentally the day before Bitcoin Cash is set to fork. Fork – Bacoin, no never mind, there’s nothing there.

This campaign actually says a lot about the current status of cryptocurrency in the media. When a so-called trend or movement gets big and well absorbed enough that a sandwich meat company is willing to try to utilize its popularity to push something already as mass consumed as bacon it can longer be considered fringe. It means that ‘Bitcoin’ has moved from being a punchline on late night talk shows to something more recognizable, a wedge to get consumers to open their wallets, fiat wallets that is.

The Oscar Meyer campaign isn’t the first, though it may be the most clever, to ride the coattails of cryptocurrency. It isn’t even the first food-based company to do so. Long Island Iced Tea Corp. changed its name to Long Island Blockchain Corp. during the Bitcoin frenzy in 2017 and watched their stock price escalate. KFC offered the Bitcoin Bucket in Canada where they even offered a free bucket of chicken to Satoshi if he would pick it up in person.

No other company though has matched Burger King which released the “WhopperCoin” in August 2017. The coin trades on Ethereum competitor Waves blockchain network. Costumers earn coins when they purchase Whoppers, the coins are held in a digital wallet and can either be accumulated to pay for more whoppers or exchanged for other currencies trading on the network.

“Now Whopper is not only burger that people in 90 different countries love – it’s an investment tool as well,” Ivan Shestov, head of external communications at Burger King Russia.

Regardless of the absurdity of the ad campaigns, the real message for those paying attention is that cryptocurrency is out of the shadows and moving quickly into the light of mainstream.