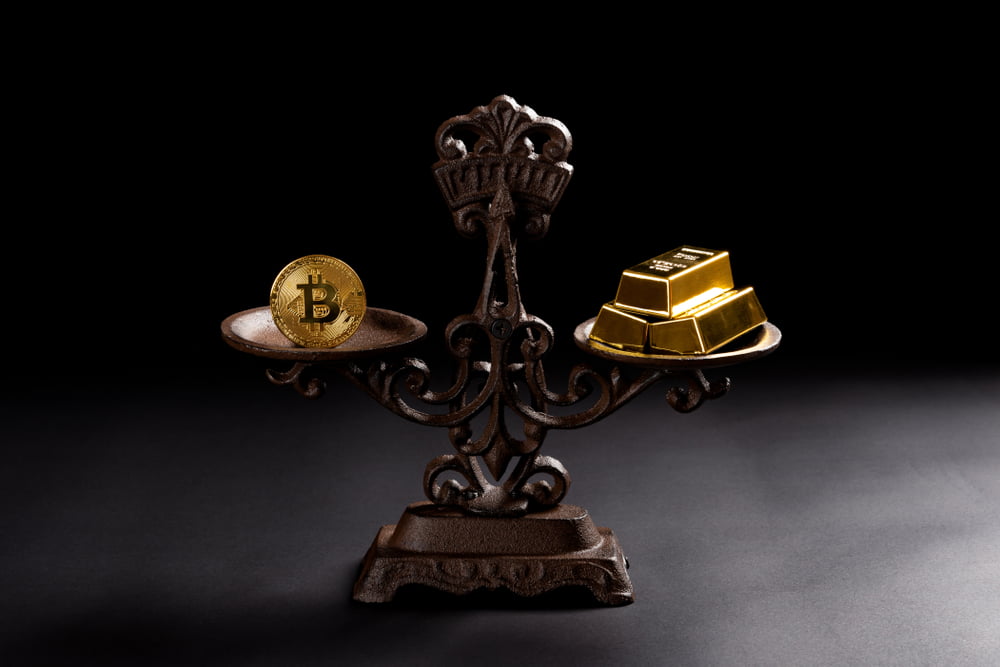 Leading crypto asset management firm Grayscale Investments has recently launched a campaign attempting to dissuade investors from gold whilst demonstrating the advantages of digital assets such as Bitcoin. The latest effort depicts Richard Nixon with words to the effect that gold wasn’t good enough for Nixon, so it isn’t a good investment today.

The problem is that much of the argument for fixed-supply digital assets that are based on immutable distributed ledgers, such as Bitcoin, is that they may one day usher in a future economic system built on a sound form of money. For those of an Austrian economic persuasion, as many Bitcoiners are, gold is a far better form of money than what Nixon rejected it for – fiat.

Attack Something Else About Gold, Grayscale!

Grayscale Investments recently made the news when it revealed that it would be targeting gold investors as part of a push to see a greater embrace of Bitcoin as a hedge against traditional investments. The crypto investment firm first put out a video advertisement that it reportedly intends to be shown on social media and streaming websites, as well as national TV tomorrow:

Spoiler alert: our #DropGold commercial is airing on NATIONAL TV starting tomorrow. Check back tomorrow for our commercial airing times and channels!

It has also launched the website, DropGold.com. On the homepage, it promotes Bitcoin as a light weight alternative to gold. On the site Grayscale states:

“It’s not that gold is bad.

It’s just that Bitcoin is better.”

It also references Richard Nixon and how he finally dropped the gold standard in the 1970s. This is the theme of the crypto investment firm’s latest Tweet as part of the #DropGold campaign:

Gold is no longer the standard of wealth. #DropGold pic.twitter.com/bPkJD2ceJe

The post’s tone seems to suggest that Nixon dropped the gold standard for something better. In reality, he dropped the it for something most Bitcoin proponents claim to despise – fiat currency. It therefore seems an odd move for Grayscale to have attacked the precious metal on such grounds, particularly given that many of those most passionate about investing in gold will probably list the decision to do so as one of the worst political blunders ever.

A true gold-backed currency offers many of the same advantages as truly decentralised crypto assets such as Bitcoin. There is only so much gold in the bank’s vaults so there are only so many units of currency in circulation. In this highly simplistic and ultimately idealised model, the units hold their value since no more money is printed until there is enough gold to back it. Many staunch Bitcoin advocates, such as Saifedean Ammous and Tyler Jenks, argue that Bitcoin could serve as an even better asset to back a world economy than gold has done previously and certainly a vast improvement over the current fiat system.

Like gold, Bitcoin is limited in supply meaning it can’t be artificially inflated to give anyone an advantage. However, as Grayscale correctly point out on their website, Bitcoin offers a few advantages over the historic store-of-value. Bitcoin is much cheaper and easier to both move and store than gold. It also can be divided into tiny fractions (Satoshis) without the use of specialist equipment. This makes it a much more useful version of the sound money gold provided in days gone by.

The bizarre angle of the latest #DropGold campaign push was picked up by more than just us. Twitter user @Crypto_backroad responded to the advertisement:

“Dont get me wrong, I am pro-bitcoin; however, you own gold in your portfolio BECAUSE they dropped the gold standard.”

“This angle makes no sense. Nixon dropped gold stnd because gold WAS valuable and was preventing him from inflating the dollar. Would rethink this particular nixon ad.”

Honestly, Grayscale, us fans of crypto love what you’re trying to do with #DropGold but the Nixon reference seems to be a very weak one – particularly given that there are so many other grounds upon which to attack the shiny precious metal.

Featured Image from Shutterstock.
Tags: bitcoinDropGoldgoldGrayscale Investments
Tweet123Share196ShareSend
Win up to $1,000,000 in One Spin at CryptoSlots