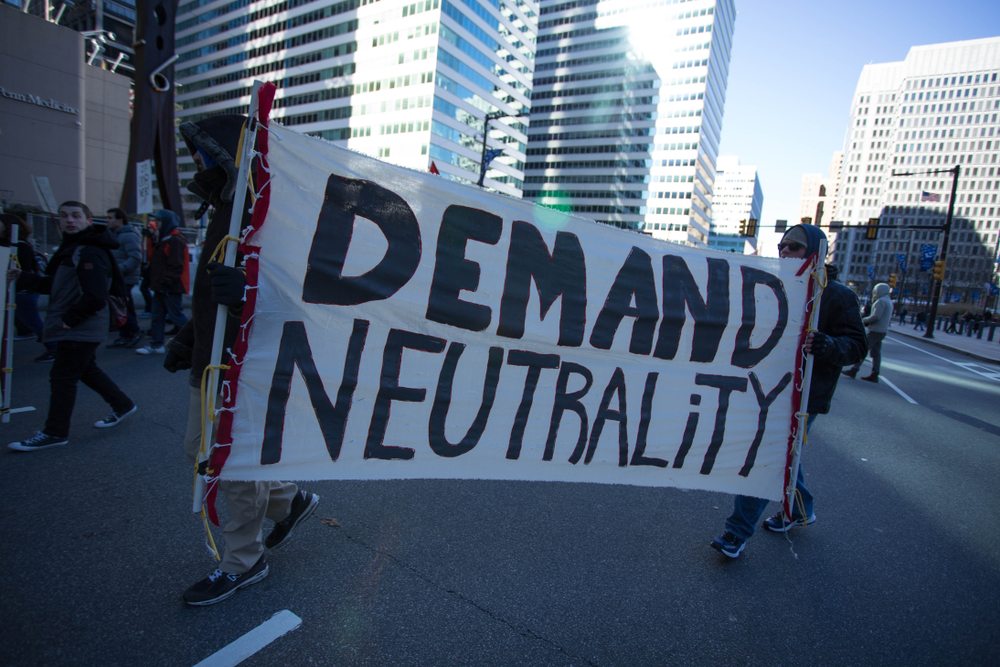 What Does the End of Net Neutrality Mean for Cryptocurrency

The United States Senate today voted to nullify the FCC’s rollback on net neutrality, unfortunately, it was a symbolic victory unlikely to affect the new rules to come into play next month that have the potential to adversely affect every facet of internet use.

Net Neutrality Affects Every Aspect of the Internet

Net neutrality is a President Barrack Obama era rule that restricts internet service providers from arbitrarily controlling bandwidth access to specific websites and apps. They are rules that keep companies like Verizon from charging higher rates for visiting competitors sights rather than ones owned by them. This was done by legally defining the internet as a utility like electric or heating fuel which should be accessible to all at a controlled price.

The Trump campaign had net neutrality on its platform through the election process and made repealing it one of the only campaign promises they have kept. Under the guise of limiting federal government control in the working man’s life, the FCC repealed the act in December touting the move as a return to ‘a free internet’. Implying that a federal rule protecting it from exploitation by multi-media conglomerates was somehow restricting it.

Though the Senate vote to repeal will most likely be made moot by the house the Coalition of Internet Voters made a strong show of support as Sen. Edward Markey, D-Mass., described them on NPR as  “The grandparents, the gamers, the gearheads, the geeks, the GIF-makers, the Generations X, Y, and Z. This movement to save net neutrality is made up of every walk of American life,”

Bitcoin and cryptocurrency may be decentralized but people buy and sell them on exchanges hosted by internet service providers. If an internet service provider which is owned by a conglomerate decides to absorb an exchange then without net neutrality they can charge users extra and or toggle down speeds to access exchanges in competition with their own. This could directly affect the speeds in which coins are exchanged and in the end their trading value.

Controlling access to exchanges could hamper the growth of the industry and evolution of the technology since new exchange may never get a chance to compete in the market. The effects could be even worse for miners as ISPs could decide to charge higher rates for nodes or even block them the way some peer to peer services were shut.

Though some say the cryptocurrency space is too small for ISPs to single out when they have bigger fish to fry like youtube, netflix, spotify etc.. the cryptocurrency space is growing and with predictions of 2018 being the year of big institutional investment it could be growing faster than ever. As hedge funds and banks follow the money trail into the crypto market having affiliated corporations controlling the networks on which digital assets trade would make them feel right at home.

Tags: cryptocurrencycryptocurrency exchangecryptocurrency investmentFCC regulationnet neutrality
Tweet123Share196ShareSend
BitStarz Player Lands $2,459,124 Record Win! Could you be next big winner? Win up to $1,000,000 in One Spin at CryptoSlots