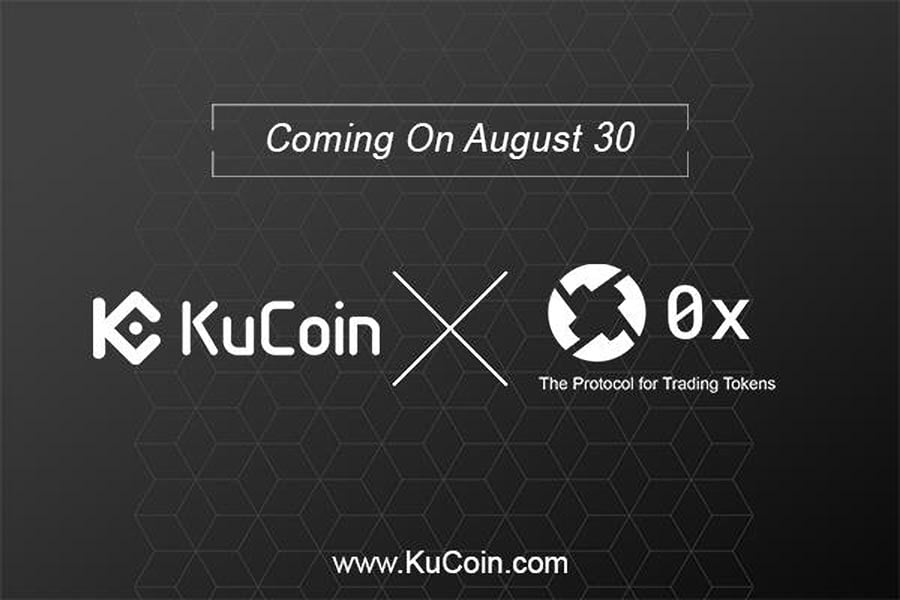 KuCoin’s reliable services among partners and traders have established two essential factors, dependability and security. Since 2017, they have already proved that what they have developed, is a blockchain asset exchange that is a platform that is advanced in the technological perspective with outstanding customer support.

Their growing number of listed currencies is a positive validation that the world reflected their network as one of the most assuring cryptocurrency exchanges. And today, they are excited to announce that another token has been listed to their platform called ZRX from 0x Protocol.

ZRX is now available for deposits with trading pairs including ZRX/BTC and ZRX/ETH. Buying transactions will begin at 21:30 (UTC+8) and any Selling/Withdrawal processes can be made at 22:00 (UTC+8).

Trading can be accomplished by using KuCoin’s app in both iOS and Android, or to their official website, www.kucoin.com.

Øx is an open protocol that expedites low friction peer-to-peer exchange of ERC20 tokens on the Ethereum blockchain. The protocol is designed to work as an open standard and basic building block, managing interoperability among decentralized applications (dApps) that consolidate exchange functionality.

Trades are performed by a system of Ethereum smart contracts that are publicly accessible, free to utilize and that any dApp can secure into. DApps built on protocol can obtain public liquidity pools or build their own liquidity pool and charge transaction fees on the resulting volume. The protocol does not require costs on its users or arbitrarily extract value from one group of users to benefit another. Decentralized governance is used to continuously and securely integrate updates into the base protocol without disrupting higher level means.

Created on Ethereum’s distributed network with no centralized point of failure and no downtime, each trade is completed atomically and without counterparty risk.

0x is open source, permissionless and free to use. Trade quickly with a known counterparty for free or pay a relayer some ZRX tokens to enter their liquidity pool.

Another highlight of the 0x Project is the unique 0x Ethereum token, called ZRX. This token is how users pay Relayers’ trading charges. It is also a decentralized form of management for the 0x protocol’s upgrade system. Mainly, those who keep ZRX have input in the protocol and amendments to make that is proportional to the quantity owned.

There is a fixed allocation of one billion ZRX, and the token launch was on August 15, 2017. 50 percent of the tokens were issued during the launch with 15 percent held by 0x, 15 percent proceeding to the developer fund, 10 percent going to the founding team, and 10 percent going to the advisors and first backers. The tokens designated for founders and advisors as well as staff members will be issued over the course of four years, while those obtained during the launch event were liquid instantly.