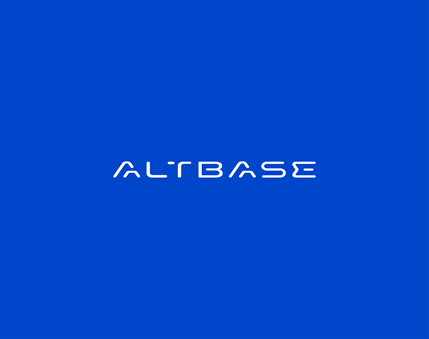 The migration is taking place to coincide with the rebranding efforts from Altbase, aiming to achieve a new brand identity and to allow a more suitable use case for the new Altbase token as a valid trading pair within the Altbase application.

How To Complete The Swap

The swap window has been opened until Oct 12th for holders to complete the migration, with an Altbase migration link being provided on the Altbase website.

Altbase has also provided a detailed instructional blog on their website to help navigate holders through the entire process and to ensure a smooth transition.

The swap was due to take place over a smaller 5-day time frame. Nevertheless, this has been increased to allow the over 60K 100xCoin holders sufficient time to migrate their holdings.

Why Is Altbase Migrating?

Looking to distance itself from the tokenomics of meme coins, 100xCoin and the community team behind the project aim to distance themselves from this identity and to bring new life into the brand, as well as the token itself.

The biggest downside to the previous tokenomics model was the overly large supply of 878 trillion $100X tokens. Due to this large number, the token found itself unable to become an authentic trading pair inside any exchange, let alone the Altbase exchange created by the same community team.

Aiming to become the “Home of Altcoins,” the Altbase team has decided to move in a new direction by obligating itself to the longer-term vision of being an exchange that competes with the most prominent players in the industry. The existing tokenomics model was a big roadblock to achieving this objective which meant making a change to the contract inevitable.

The Next Stage For Altbase

With the new contract now taking effect, and the window that users have to swap being open until Oct 12th, there is an understanding that some holders may not be aware of the migration. For these holders, there will be a manual process available after this date.

From Oct 12th, purchasing of the new $ALTB token will be permitted and the liquidity will be added at the same time. To counteract negative trading, this has been delayed until this date has commenced.

The website associated with 100xCoin will be refreshed with a brand new address to Altbase.com as well as a new and improved user interface to align with this rebrand. This is due to take effect on or around Oct 7th.

This is a crucial aspect of the rebrand, creating a synergy between the offering of both the Altbase application as well as the Altbase Token, similar to established examples. Crypto.com is an instance of how impactful a rebranding attempt can be, as they have gained notable notoriety since their refresh took place.

Details Of The New Contract

The new contract details and tokenomics for Altbase are as follows:

What Happens After Oct 12th?

The offering provided by Altbase aims to further calibrate its position as a certified and respected exchange, with an array of additional upgrades scheduled for both the Android and iOS applications. Altbase aims to be at the precipice of being both an established exchange, and token offering, with this rebranding move being a major step to achieving this objective.

Altbase – The True Home Of Altcoins

Within its short life, the Altbase app has grown to list some significant partnerships with projects that have been making major headlines as of late. Nano Dogecoin is one example of a project that has taken crypto passive income to a new level since its listing on the Altbase application and at this stage, shows zero sign of slowing down.

Altbase is constantly adding newly vetted and verified projects to the platform. Projects that otherwise are not as accessible to the average investor.

The app has recently listed the Octaplex Network, a dapp for new crypto coins – and is another sign of the projects’ plan for onboarding new projects to the platform going forward.