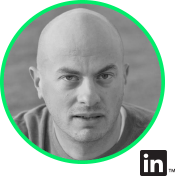 FINWISE Summit is one of the most influential blockchain events in the world, bringing together top talents, industry elites and excellent enterprises. FINWISE Summit aims to strengthen the communication among blockchain-related practitioners and promote the development of global financial technology. The core team consists of experienced experts from diversified backgrounds including banking, blockchain, consulting, rating and internet company.

2018 FINWISE Tokyo will be held in Tokyo Japan between May 21-22. Dozens of investment institutions such as exchanges, domestic and international self-media, blockchain companies and mining equipment manufacturers will be present at the summit, including Gate.io, BTCC, Huobi, Coinsuper, Cointime, Chainfor, 8BTC, Jinniu, JGY, Timetocoin and Bitmain. FINWISE Tokyo will also be sponsored by BUCA, AWS, BCC and EKT.

Blockchian industry elites and experts such as Zhangyin Hai, founder of CAF and principal of LBTC, Hongcai Guo, an angel investor in bitcoin and Ethereum startups and one of the largest miner in China, Outbreak Gongqinwang, famous angel investor and one of the candidates of EOS election campaign have confirmed their participation of this event. Yang Dong, professor of the Law School in Renmin University, Hans Henrik Christensen, director of Dubai Silicon Oasis Authority (DSOA) as well as Sun Jian, co-founder of Jiuding Blockchain laboratory (J Lab) are also invited to attend this summit.

Officials of the Japanese Finance Service Agency (FSA) will be invited to debate and share their opinions of Japanese support and development plans on the blockchain industry, the compliance of the Japanese exchanges, as well as the direction of digital currencies under the civil law system.

FINWISE Summit Tokyo is expected to be attended by more than 2000 participants and over 8 million blockchain related practitioners in East Asia. The information of the Summit itself, sponsors and partners will be disseminated by FINWISE official Facebook, Twitter, etc., before, during and after the conference. Immediate and tracking reports by kinds of news media in multiple dimensions will also be available including blockchain relevant industry’s corporate media and individual media.

We would like to invite you to witness a brighter future together.