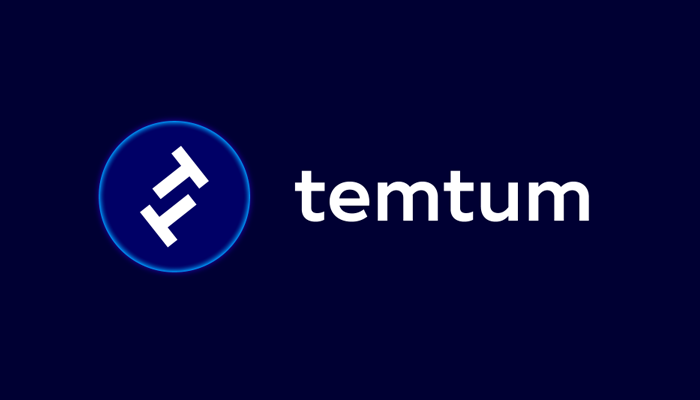 Deposit, Withdraw and Stake with TEM on gaming site Roobet from 31st of July

1st August 2019, London, UK – Leading online casino and innovator of fair gaming, Roobet, has integrated new cryptocurrency temtum into its offering. This latest innovation brings the next generation of blockchain technology to Roobet’s players, in a partnership which makes TEM available to all gamers on the platform and dawns a new era for online gambling.

temtum (TEM) currency will now be accepted across the site on all games, enabling Roobet players the option to transact in the cryptocurrency. temtum is the ideal currency in which to place bets due to its streamlined processing and speed, which has no transaction fees and has seen a stable rise in value since its launch on the 17th July.

As part of the integration of the new crypto technology into the Roobet gaming platform, temtum has supported the development of new tournament structures and provided $500,000 of rewards. This will be made available to new and existing users and the Roobet community through tournaments, giveaways and more, distributing temtum to thousands of real world players.

This will be the first opportunity for gamers to use the currency on a gaming site and they could walk away with significant bonuses for taking part in the initiative. This launch activity is part of the rollout of temtum as a currency, to encourage everyday use of TEM as a payment coin and ensuring the network has a sustained market value.

Cryptocurrencies have made the move into the world of gaming, but their success has been limited, primarily due to issues in speed, cost, and security, while custom utility tokens have no use in the real world. temtum has been designed to take on these key issues and offers market-leading transaction speeds, a feeless network and a quantum secure currency aiming for mainstream adoption.

“We can’t wait to get started with Roobet and see temtum in an environment where it’s core features are so easily demonstrated. The cryptocurrency industry knows that gaming has been craving the adoption of crypto for some time but among a bunch of failed gambling tokens, even leading technologies such as Bitcoin and Ether have not offered suitable solutions.

“TEM can now be used on a leading online casino with instant and feeless deposits, the same currency we hope they will be using for everyday purchases in the near future, while existing and new gamers will get direct exposure to a new currency that we see as an alternative mainstream form of payment.”

“We think cryptocurrencies are the future of gaming and we’re ready for the next generation of players. This partnership is key to offering a fast and secure way of playing on the site, using methods that are easily accessible and will revolutionise the way in which our clients play. The bonuses for our players also offer significant rewards and support the distribution of a coin that did not take the route of an ICO or a public sale.”