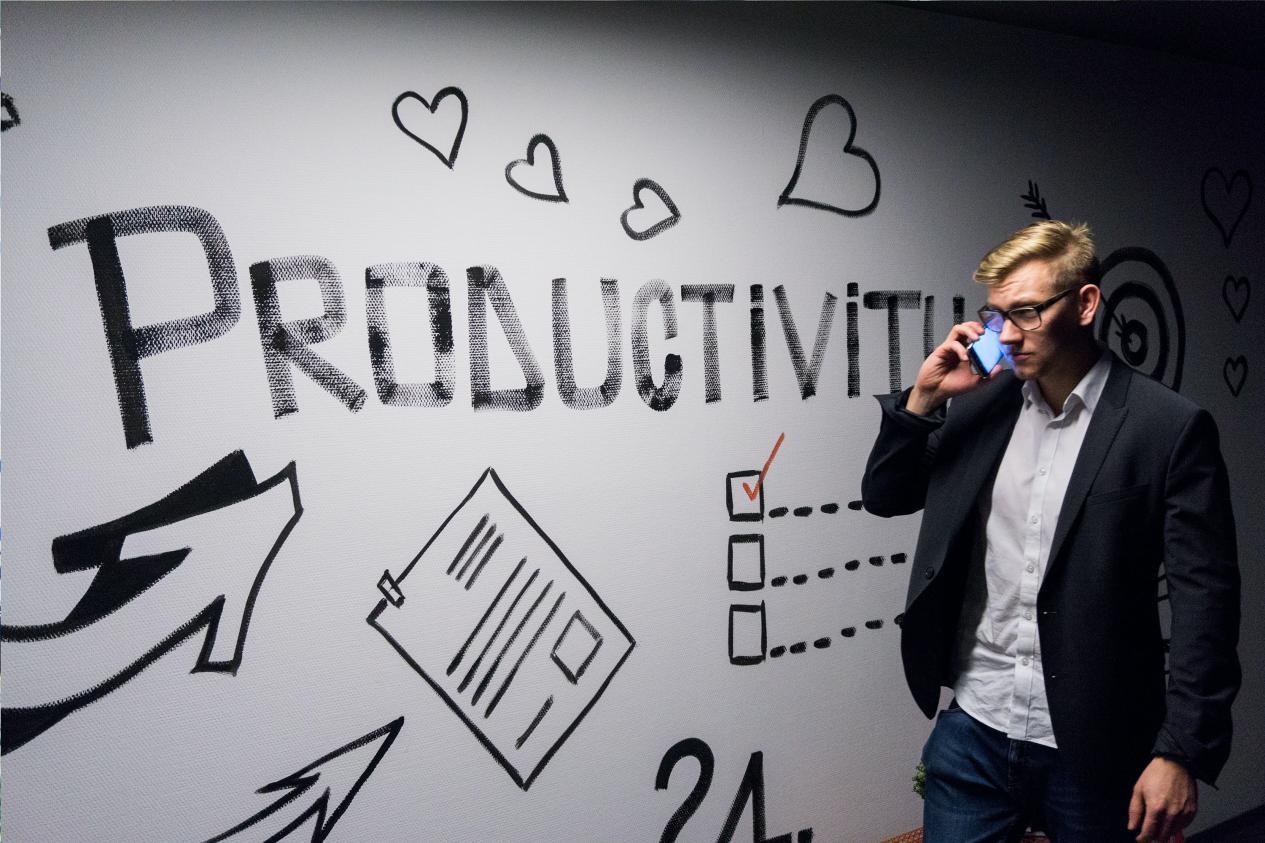 With the popularity of crypto and metaverse gradually increasing across the world, Web3 has become a hot topic and crowned with the grand vision of “the next era of the Internet”. In the meantime, the Web3 social sector has emerged and developed, causing an impact on the centralized Web2 social platforms.

In the context of Web2, social giants have monopolized the vast amount of user-generated data and benefited a lot from it. For comparison, with the decentralized Web3 social products based on blockchain technology, users will fully control their personal data and authorize third parties to use it. Meanwhile, users will also gain economic benefits through their own behavioral data and will never face the embarrassing situation of “accounts being blocked”.

Apparently Web3 products naturally stand on the opposite side of the Internet social giants such as Meta (Facebook), Twitter and so on. However, throughout the historical process of the Internet from Web1 to Web2, and now Web3, Web3 has become the inevitable trend driven by the development of technology.

This article will take a look at several new Web3 social products arising in the crypto market. It should be noted that there is no clear classification standard for Web3 social sector at present. Basic tools like ENS domain names, Mask Network plug-ins and wallet can be classified into this track in a broad sense. The article here does not take these products into consideration, instead gives a brief introduction of some representative projects.

Specifically, its data credential network consists of two parts: Galaxy IDs and Galaxy Credentials. These data credentials are tied to users’ Galaxy IDs, allowing participants to display their achievements history; Galaxy IDs are also the identity authenticators in the metaverse at the same time.

The core product of Project Galaxy is the OAT Campaign. To put it simply, OAT is aimed at event organizers and community managers, providing a platform for minting and distributing NFTs.

Mojor is a decentralized community application for Web3, designed to enable anyone to create and truly own a community by minting NFTs. The vision of MOJOR is to help people acquire their online social graph and create an integrated community platform based on Web3.

In simple terms, learning from the Discord community information architecture, Mojor adds bots for Web3 application scenarios. Users can chat and communicate on Mojor, while conducting transactions, DAO governance and other Web3 activities through a series of bots.

Mojor users are able to log in to the community through their wallet addresses without registration, which can effectively protect user privacy.Users can also directly search another user’s address in the community for communication, breaking the situation with Web2 and Web3 disconnected. In Mojor, If a certain user takes a fancy to BAYC #6666 NFT, which is not listed for sale, the buyer can directly search the address in BAYC community to find its owner and make the offer.

For Web3 project founders, the emergence of Mojor empowers them to gain control and ownership of the community. The process for users creating community server is also the process of minting the server NFT. Owning the NFT gives users the absolute ownership and highest authority of the server, which comes into a community truly belonging to the creators, and the sever ownership can also be made over to others by transferring the server NFT.

Members within the MOJOR community are allowed to independently build their own decentralized social graph, including community data, relationships, POAP, personal behavior, and more. Besides that, it enables users to form a common identity throughout the Web3 world by integrating member information from other platforms, including DeFi and GameFi data, social media information, and so on. At the meantime, users’ DIDs become more valuable based on community interaction and communication, thus to enrich the social graph as well.

For example, a project intends to grant whitelist qualifications to verified users. Simply by clicking on a certain user’s personal details page to check his/her on-chain data, such as creation time of the wallet address, activities on chain with specific trading volume, amount and rarity of NFT holdings, the project will have a clear understanding of the user’s value, thereby to improve quality of the initial-stage users and prevent “bonus hunters” from grabbing community share. Moreover, the project side can also leverage WL Bot, which will set relevant parameters to automatically draw prizes and collect addresses, releasing the workload of community administrators and mods, and improving the efficiency of community governance.

The dilemma for Mojor in the future is how to attract more NFT projects and other Web3 projects to the platform during the cold-start phase, thus forming a positive circulation. Taking some incentive measures may be a good choice.

Developed by the team of a well-known DeFi protocol — Aave, Lens Protocol aims to build a decentralized, composable social graph.

In terms of product construction, account registration, identity authentication, publishing contents, following others, commenting and collecting contents are the basic functions of current Web2 social platforms; While these features will be integrated with NFT technology in the social products developed by Lens Protocol.

In specific, Lens mints users’ homepages as “Profile NFTs”, whose ownership grant users control over their contents. Only users with “Profile NFTs” can post contents, comment and repost, while other users following homepages will get “Follow NFTs”. What’s more, users can collect contents posted by creators and obtain the corresponding “Collect NFTs”.

Still, Lens Protocol has its own problem. For instance, although its product construction adopts the modular development mode, it still just copies the traditional Web2 social product structure, which is not innovative enough to promote users adoption.

DeFine is an NFT-based decentralized social network, with four main features as bellow:

Metaverse data: NFT-based social data will be used in different metaverses where users’ activities are reflected in their personal data.

NFT showroom: NFTs are tied to quantifiable real rights to address the subjectivity of assets behind NFTs by extending the application of NFTs beyond art through attaching the assets to blockchain and metaverse.

Social/Fan Pass minting: Creators can launch their own social passes and customize the use of them to increase fan engagement and explore new ways to interact with their communities.

The problem with DeFine is that the project builds NFT-based social profiles for users, while with no strong incentives for user retention. In addition, the combination of Poap and DeFi is very difficult to achieve in the future for a long time.

Every post on the BBS is an NFT, and users can buy, sell or even rent them while collecting advertising revenue monetized through any post they owned.

All the BBS owners are enabled to set the audit rules and content policy for their own communities, and users can freely choose which sections to visit and participate in to meet their needs.

The problems BBS Network may encounter are as following: As the value verification of NFTs depends on data such as page views and comments, how will a post that has been fully exposed generate corresponding value for advertisers? Besides, how to make ads reach users who have already viewed NFTs without offending them?

Torum is a social platform designed for Web3 based on BNB Chain, aiming to build a complete crypto ecosystem for users, supporting DeFi, NFT and social features.

Torum’s social interface is similar to Twitter, integrating crypto users’ activities into various social sections. For example, In the “Companies” section, you can see the business dynamics of the onboarded companies; In the “Clans” section, you can join groups with different themes; The “Airdrop” section provides airdrop information and opportunities to participate in; The “News” section pushes news as an aggregator; The upcoming “Torumgram” section allows users to use Telegram on Torum; And the “Lounge” section offers voice chat service.

The most obvious problem with Torum is that its vision is too ambitious to realize. It is difficult to gain the coordinative effect between different sections with so many capabilities and it is very likely to become top-heavy, which may eventually lead to most of the features becoming unpractical.

Mem Protocol commits to creating a Web3 version of Zhihu, allowing users to earn money by sharing knowledge. Mem users can verify their identities on the blockchain and build their own verifiable reputation system with smart contracts. The protocol also builds an interface to browse the on-chain data of wallets and designs an open protocol to record the interactions and relationships between wallets and token generation.

Mem stores information about network participants — including social media history, on-chain activities and professional experience — in encrypted vaults. This data is owned and controlled by the users and can be used as a “social credit score” or “social graph” with users’ permission.

With reputation systems and smart contracts, Mem users may use their identities to perform real-world actions on the blockchain, such as asking questions, raising money for bounties, and building their own verifiable, scenario-specific reputation systems.

The problem with Mem Protocol is that its competitors are spread across the Web2 network and it has no special advantages. It is still uncertain whether on-chain data credentials can become the core competitiveness in the sector of paying for knowledge online.

In terms of mechanism design, FaceDAO monetizes users’ attention, and the community is the ultimate beneficiary, with each participant and builder of the ecosystem receiving token rewards. Both content creators and consumers will earn tokens with every click through a fair token reward system. In FaceDAO, as long as users use the product naturally and normally, they will be rewarded by its ecosystem accordingly. All positive actions like visit, like, comment, share and post every day will automatically be rewarded with tokens, just like “human mining”.

Furthermore, FaceDAO takes advantage of facial recognition technology to create a unique digital identity for each user on Ethereum. And it allows users to take control of their own data and provides a more secure and private way to share information.

The problem with FaceDAO is that the platform rewards users just with a small amount of tokens, and the long-term “burning cash” mode won’t last without advertisers.

Social platforms seem to be ushering in a new era around Web3. As the tide gradually grow stronger, traditional giants begin to step in one after another.

Having spotted a group of companies that want to replace them, giants like Meta, Twitter, Google etc. begin to embrace Web3 actively. For example, Twitter announced a new feature showing hexagon-shaped profile pictures of users with NFTs; Meta, YouTube, Reddit and Google have all announced attempts to launch NFT products to join the development of Web3 products.

Although with sort of first-mover advantages, there is still a lot of room for improvement for the native Web3 products in current crypto market. Especially when the giants swarm in, the space left for these Web3 products is bound to become smaller and smaller. Victory belongs the true brave, and a good play has just begun.