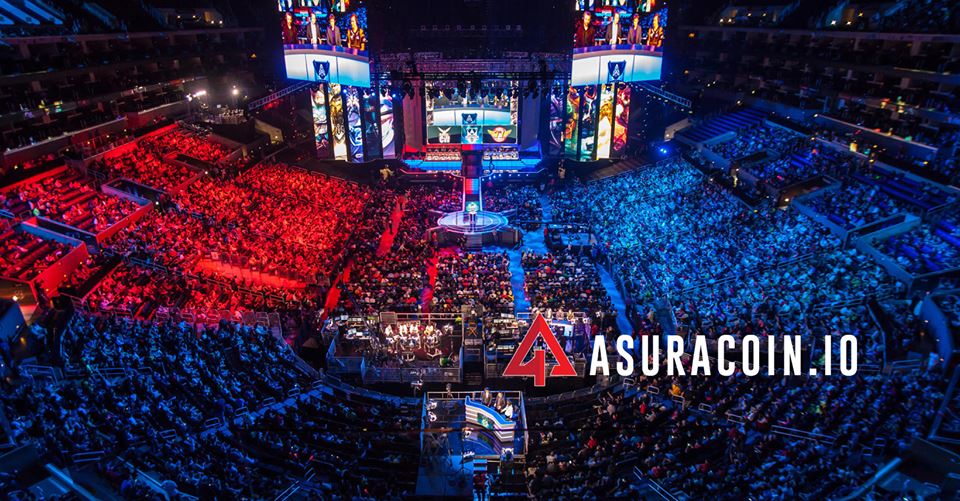 NEO ICO Asura Coin, has launched a whitelist in preparation for their upcoming token sale scheduled for May 21st, 2018.

The eSports and Betting platform, Asura World has announced the official opening of its token sale whitelisting process. With the registrations open, those interested in participating in the Asura World token sale can fill the form available on the website and avail the opportunity to get their hands on Asura Coin. The project holds an online gambling license from Curacao and is in the process of acquiring one from Malta.

The UK gambling commission has described unlicensed eSports gamblings sites as “parasitic” with scams and withdrawal issues causing damage to an industry estimated to reach $12.9 billion by 2020. Meanwhile, the lack of professionalism in the Private & Amateur tournament sector is taking advantage of younger gamers by selling their personal data. In addition to these issues, toxic gamers and game segregation leave a bitter taste to the eSport industry as a whole, the market needs a regulated, all-encompassing platform.

Enter Asura World: A utopian community for gamers, and most importantly a more supportive and incentivizing environment for everyone. Asura World is powered by the NEO blockchain and can be broken down into five distinct parts:

Fueling Asura World is the ASA Coin, an NEP-5 token which provides a range of functions and utility across the platform. This will be used as a Coin for payments, bets, and stakes, and to incentivize the sharing of quality content, professional guides, forum contributions and more.

Asura Coin is looking to raise a minimum of $2.5 M and a maximum of $12 M through its upcoming token sale campaign. The funds raised will be used to develop the Asura World platform and expand its ecosystem.

The Asura Coin whitelist will close 18th May 2018. The token sale will commence for approved whitelisted members from the 21st of May. There will be no pre-sale or private sale, and a modest contribution will net you the same bonus as the “whales”

The token sale will end on June 15th with a maximum cap for tokens at 1 billion, which will be distributed as follows:

Apart from skilled developers and data scientists, the Asura Team consists of a strong advisory board with members having diverse backgrounds and experience with companies such as  Oracle, City of Zion, Crunchyroll, Konami, and Perfect World. The core management team is made up of Peter Shen, CEO & Co-founder, Eman Abdollahi, COO & Co-founder, Haoyang Feng, CTO & Technical Lead and Marketing Manager, Nathan Frater.

More information about the platform is available at – https://asuracoin.io/