The Best Hours to Trade in the Market 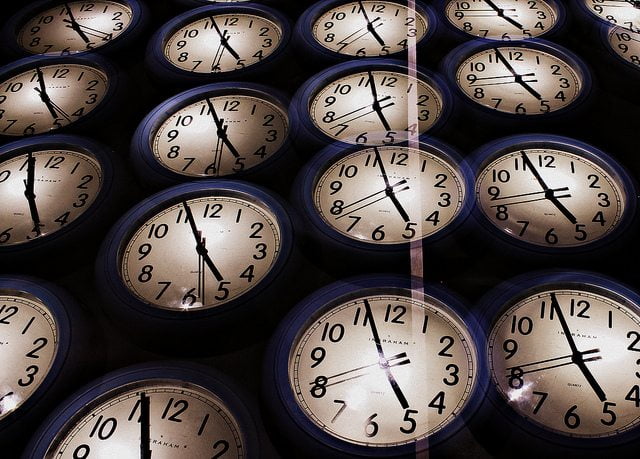 Forex Trading, unlike the stock market, takes place 24 hours a day. This means that in theory, one trader can be working on his trades all night and all day, no matter what country he is in.  Obviously, this is not a good idea.  No one can sustain those hours, no human can be awake that long and even if someone would be, their judgement would be clouded by lack of sleep.

Since you cannot actually trade all day and all night, you must choose the optimal times to focus on your Forex Trading.  There are four basic market time zones on which the Forex Market operates.  When more than one of these markets is open, there is more trading going on which leads to more fluctuation in currency pairs.  This means that the pip spread is larger when more than one market is open, allowing for more potential gain.

There are a few time slots each day where there is significant overlap.  They are:

US/London which happens from 8AM to Noon, NY time.  Sources tell us that more than 70% of all trades happen during those hours.  The US dollar and the Euro are the most commonly traded currencies so it makes sense that the trades would happen when those markets are overlapping.  The Frankfurt market is open at this time as well so it allows for even more activity.  This is considered a most lucrative time to trade.

Sydney/Tokyo overlap is from 2AM to 4AM. This is not as active a time as the US/London overlap but the Euro/JPY pair is most active during these hours and therefore there is a higher pip fluctuation.  This time period is particularly beneficial to those trading Japanese Yen paired with either USD or european currencies. It is also the time where Australian Dollars and New Zealand dollars are most commonly traded.

London/Tokyo overlap at 3AM to 4AM is also significant although definitely not as active as the others because so few US based traders are trading at this time of day and the overlap is shorter than the others.

It is advised to wait until a little while into the overlap rather than trading as soon as the overlap starts because the overlaps often start with rapid movement and very volatile price movements.

Slower time slots could be a waste of time and effort and it might not be worth trying during those hours.  The potential gains are very limited during the quietest hours, when only one market is open at a time.

Experts advise to stay away from trading during the sunday night sessions and friday afternoons.  These are extremely quiet trading times and can cause price spreads to widen.

Rather than try to figure it out by yourself, some brokerages offer a universal trading clock or a market hours monitor so that you can watch and see when the most active hours are for the pairs you are trading.

Tags: bitcoinForex Trading
TweetShare
BitStarz Player Lands $2,459,124 Record Win! Could you be next big winner? Win up to $1,000,000 in One Spin at CryptoSlots