Bet on 1xBit with Cryptocurrencies on UFC 246 Main Event – Notorious vs. Cowboy 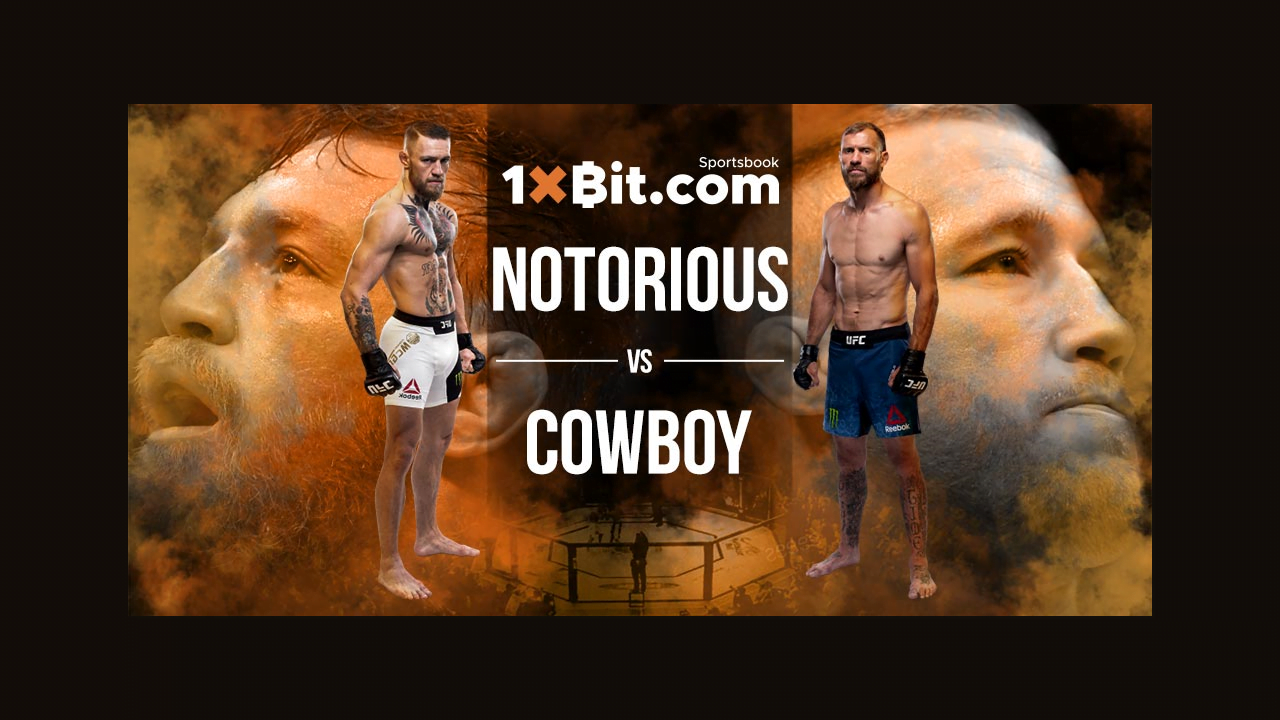 Within less than a year, Conor “The Notorious” McGregor went into retirement, which he announced in March 2019, and then changed his mind as quickly as he delivers the left hook to the opponent’s jaw. So now, the retirement is officially over – McGregor is going back into the limelight of the Ultimate Fighting Championship on January 19. He will face the UFC veteran Donald “Cowboy” Cerrone in the main event of UFC 246.

The fight will be held at T-Mobile Arena, a magnificent venue in the town of Paradise, Nevada, the same place where McGregor lost his last battle in 2018.

While the match bears much significance, it is largely viewed as an appetizer to the much-expected rematch between the Irishman and Khabib “Eagle” Nurmagomedov, which begs for a sequel since it had been oversaturated with controversy and drama. However, McGregor has to defeat Cerrone first, which could prove to be a challenging task since Cowboy is a very tough nut to crack, and surely isn’t a punching bag.

After being stripped of two titles in the featherweight and lightweight divisions due to inactivity, Conor McGregor must have decided that it’s time to conquer a new weight class, so he gained some muscle to be eligible for this welterweight bout.

McGregor’s current fight record stands at 21 wins and 4 losses, while Cerrone is presently 36 for 13. Both prefer to fight on their feet, though Cerrone has a black belt in Brazilian Jiu-Jitsu, so he has a lot of floor game, too.

As mentioned, Conor McGregor hasn’t stepped into the octagon since October 7, 2018, when he was left baffled on the floor after Khabib’s merciless rear-naked choke. After that, Mystic Mac had been his usual self – punching an older man, getting into trouble with the law, and promoting his whiskey brand Proper 12.

Donald Cerrone, on the other hand, was quite active during 2018-2019, having participated in seven fights, of which he won four. Right now, Cowboy is on a bit of a losing streak: he lost to Justin Gaethje by TKO in the first round, being totally out-boxed by the opponent. Before that, Cerrone was defeated by Tony Ferguson in the second round, also by TKO – the doctor had to stop the fight as Cowboy took an immense amount of damage from the adversary.

Bet on Conor’s comeback at 1xBit

If you happen to be a cryptocurrency holder who follows the UFC and wants to make some money on the outcome of the next main event, then look no further than 1xBit, because it’s a sportsbook that offers excellent odds, hassle-free deposits and withdrawals in more than 20 cryptocurrencies. 1xBit also provides for total anonymity thanks to the one-click registration – you won’t even have to submit your email in order to place a bet on a fighter who you think will win the bout.

So, why not make the night on January 18 even more exciting by betting on the outcome of McGregor vs. Cerrone fight with cryptocurrency on 1xBit, the finest all-for-crypto online sportsbook and casino.