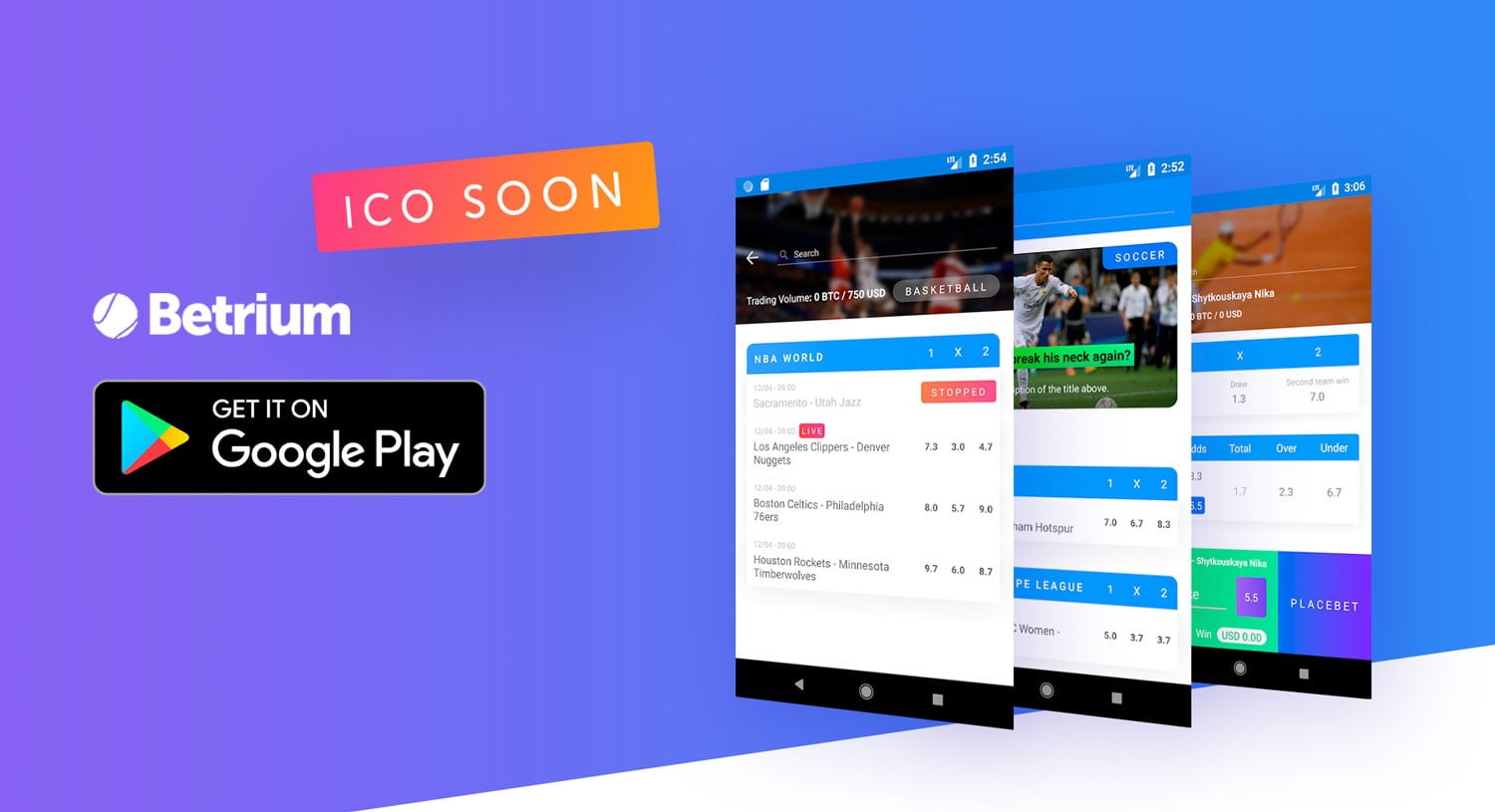 Betrium published the demo of Android application on Google Play, which is available on https://play.google.com/store/apps/details?id=ga.betrium.sportbets

Betrium finished Pre-ICO with $1.3 mil raised and launches ICO on 5th of April with 20% one day bonus. Project is supported by world’s betting champion and gambling industry leaders.

Also, Betrium has just released the sports betting exchange, the service made for the much more advanced and professional users. The main difference between traditional bookmaker and betting exchange is that in the exchange users make bet on one side and the platform tries to match their bets with users on another side, who will bet against. In the bookmaker people bet against “the house”. At the time Betrium has released four demo services (MVP), such as:

In addition, iOS application will be released soon.

The project is supported by Kevin Dolan, World Series of Handicapping 2015 champion, the “The Complete Guide to Sports Betting” book author. Kevin acts as an advisor in the project. In the March Betrium’s team finished its roadshow and visited the following conferences:

In the past, Betrium was a sponsor of the Lamborghini team on 24H Series Dubai and Lamborghini Super Trofeo Middle East races. Sam Taheri, NASCAR driver, joined Betrium as an advisor.