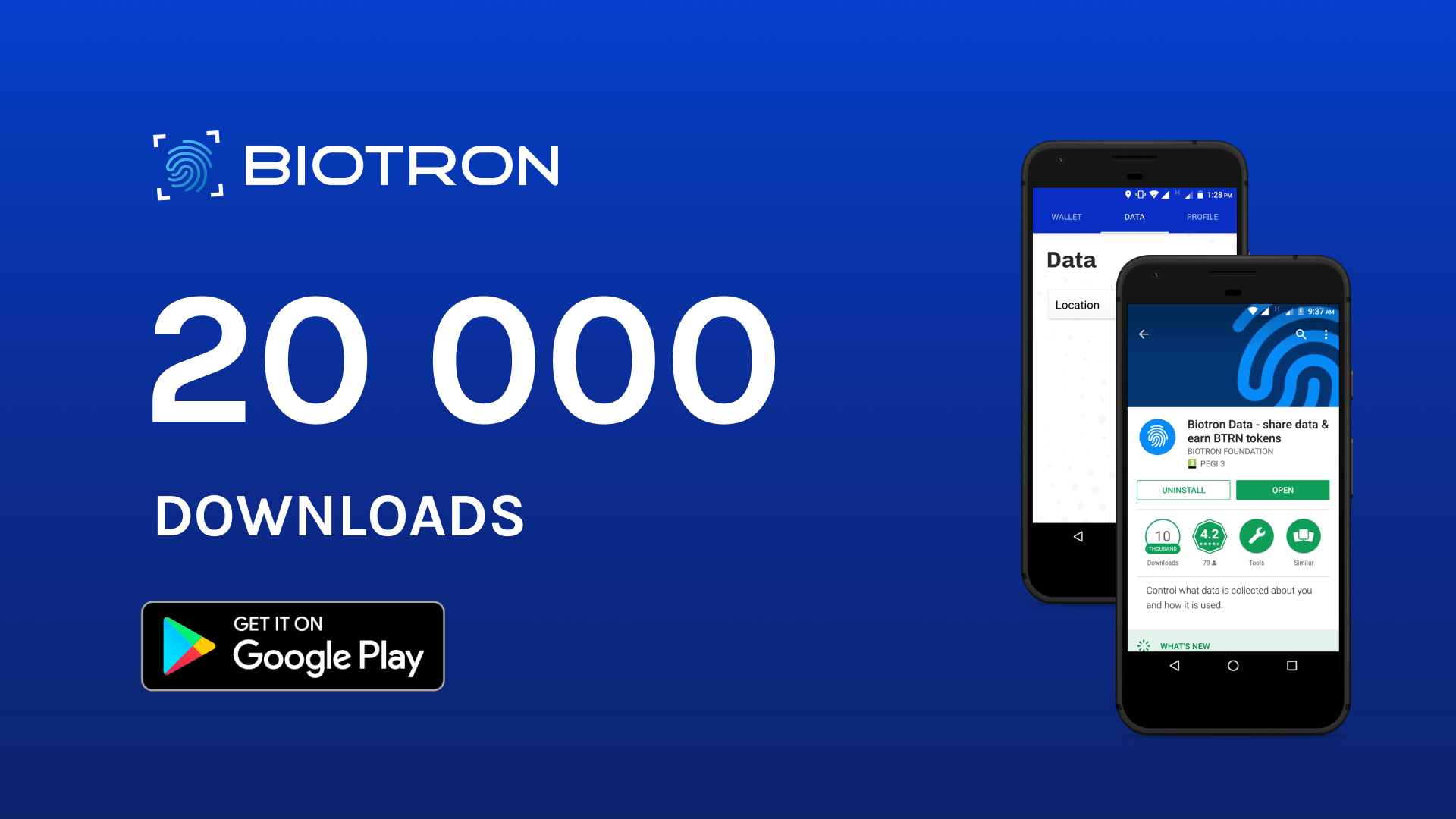 Biotron Data, an app by the BIOTRON FOUNDATION, lets users earn BTRN tokens by sharing their data. Since its release on June 7th, it has been downloaded almost 20,000 times and has a near perfect rating on Google Play.

Biotron Data has proven itself to be an invaluable case study into the behaviour of users as data producers. It demonstrates that they are more likely to share their data as long as they are compensated and have control over what data is being collected and how it is used.

As of right now, the application collects location data, but in following updates it will be extended with further data sets such as healthkit, social media, and data from wearables. An iOS version is planned for Q4 this year.

The collected data will be processed and transformed into analytics and insights for clients from various industries. Main examples include retail, automotive, and even local governments. Initially, Western Europe and US will be the main targets before further expansion in 2019.

The main idea behind Biotron Data was to create an app with user-friendly interface where the user is given full control over what data is being collected and how is it used. Biotron’s BTRN token serves as an incentive to motivate users to share their data.

There is an onboarding campaign in the app, in which users are awarded free BTRN tokens for registering and sharing their data.

Biotron is a transparent data analytics platform. It gives users control over what data is being collected and how it is used, and provides customers with datasets and data products of unparalleled quality, giving them valuable insights for their businesses. Its vision is to tear down data silos created by technological giants and enable innovation in various industries.

You can learn more about the Biotron project at biotron.io or reach out to us on Telegram, Twitter, Bitcointalk and Reddit.