by Gautham
in
Reading Time: 4 min 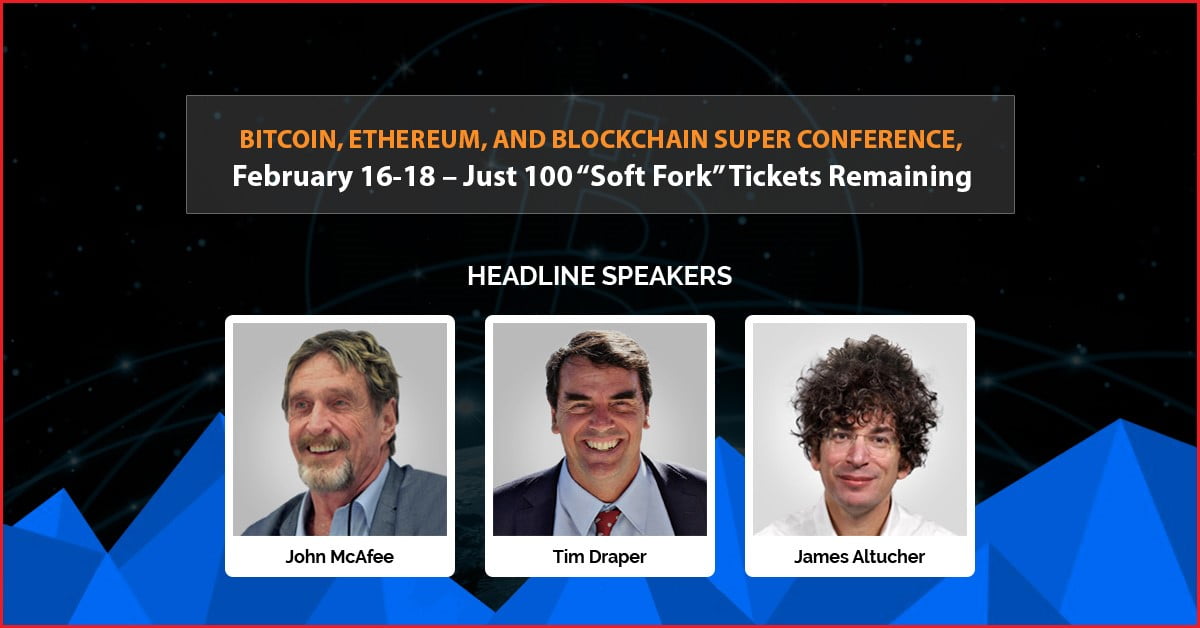 DALLAS, TX – In case you missed the memo, between Friday 16th and Sunday 18th February, more than 50 of the most respected developers, entrepreneurs, venture capitalists, private investors, thought leaders, and even regulators are coming together at Dallas to give cryptocurrency enthusiasts and “average Joe” investors the inside scoop on where the smart crypto plays will be in 2018.

Who exactly will be speaking?

Tickets to the “main” Super Conference have completely sold out. However, Richard Jacobs, the organizer, has secured a second venue and is deploying a “soft fork” for around 300 new ticketholders.

This is what “Soft Fork” attendees will get:

When this special “Soft Fork” opportunity was announced, more than 400 people had put their name on a waiting list for a chance to come to the Super Conference. As soon as tickets went on sale, within the first few days, more than 200 of them were snapped up – by eager crypto enthusiasts and private “average Joe” investors who want to seize this opportunity of a lifetime to get rich from a rapid technological change that most ordinary people don’t yet see coming. If you want to be a part of this Super Conference too, then it is recommended that you get your ticket ASAP.

Here’s where you need to go to secure your spot:

Want to learn more about the conference? Join the free notification list over HERE.