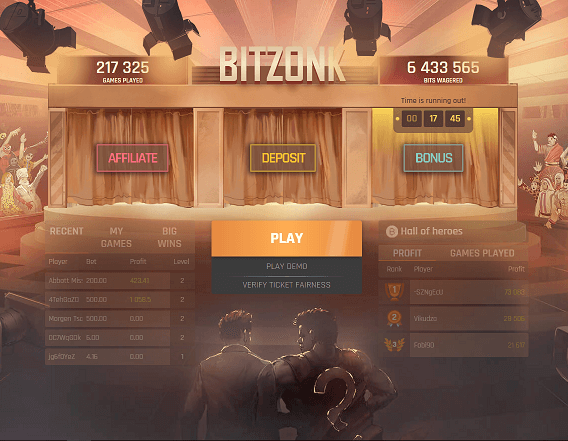 BitZonk, one of the most popular bitcoin gambling games, launches a new promotion for players. Bitcoin fans can now receive 100 percent deposit bonuses. With over 215,000 games played and over 6,400,000 bits wagered, BitZonk is leading the bitcoin gambling experience.

Called the modern “Let’s Make a Deal,” the game allows its players to wager with the chance to win, just as contestants do on the show. Playing the game is simple. First, players choose their difficulty mode. Then, they select which curtain they believe the Bitcoin to be behind. If beyond the curtain, there is Bitcoin, the bet is multiplied. The player then becomes one step closer to the grand prize. But if the BitZonk cat is hiding behind the curtain, the game is over.

A player increases his or her chances of receiving rewards with active play. The game also boasts a generous affiliation program. Players who invite others to play, earn gratuities for use in playing.

One unique factor of the game is that it’s fair and transparent. It runs on an impartial, provability fair algorithm. The game doesn’t require players to be math wizards. With the free tutorial, any player can learn how to play quickly.

With so many great players, the designers of BitZonk are introducing a new bonus. This is how the bonus works. Any BitZonk player is eligible. The deposit bonus multiplier is set at 100 percent. The period for making wagers is unlimited to fulfil bonus requirements. Read the complete Terms and Conditions here. 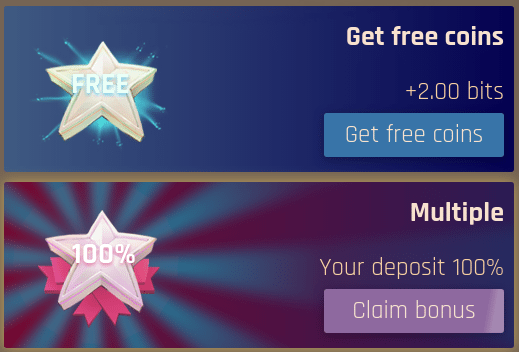 The game’s designers said, “The game has been quite a success, so we wanted to take it to the next level in 2018. Along with the deposit bonus promotion, the game has undergone a refresh for improved UX.”

BitZonk, a verifiable online Bitcoin gambling game, launched in May of 2017. As a completely anonymous platform, no personal data is collected from players, even if connecting through a Facebook profile. Learn more at BitZonk.com.