Bitcoin Sportsbook Sportsbet.io is Ready for Euro 2016 Kick Off 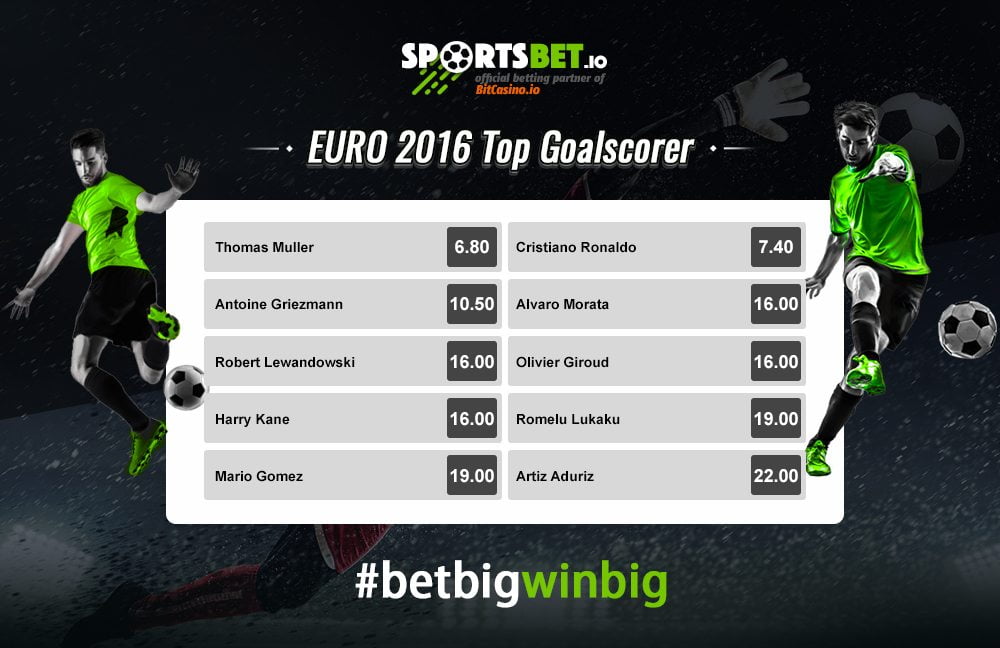 June 9, 2016 – Bitcoin sportsbook operator Sportsbet.io is inviting lucky punters to pit their wits against one another for the chance to be at this summer’s Euro 2016 tournament.

The month-long tournament, which kicks off in France tomorrow, is the biggest betting event since the 2014 World Cup. An estimated 1.5m BTC (600m EUR / $672m USD) is expected to be wagered on the event across the industry.

It is also the first major tournament since the launch of the bitcoin-only sports betting website, which went live at the start of the month. To celebrate the launch, users placing bets will go head-to-head throughout the group stages in a bid to win semi-final tickets.

Points will be awarded to players based on their winning group stage bets, with each 100 mBTC profit earning the lucky user 100 points towards their total score. The top four on the final leaderboard upon completion of the group stages will then be awarded a pair of tickets for either of the Euro 2016 semi-final clashes.

Sportsbet.io, which is operated by Coin Gaming, will also be hosting daily raffles throughout Euro 2016, with users receiving a ticket which could earn them cash prizes. Sportsbet.io spokesperson Joe Jordan, said:

“Our focus is to offer great odds and promotions – as demonstrated by our competition to win tickets to the Euro 2016 final. This summer’s action is going to come thick and fast and so will the prizes, there really isn’t a better time for Bitcoin users to get involved.”

The sportsbook has enjoyed a successful opening week following a promotion in which players who signed up before launch were entered into a draw to win a pair of tickets to the Euro 2016 final at the Stade de France in Paris.

The draw to find out the lucky winner of those tickets will be shown later in the week on Sportsbet.io’s official YouTube channel. Fans will also be able to view additional football-related video content from Sportsbet.io throughout the tournament.

Sportsbet.io will provide its players with a dedicated, customised VIP programme that features a personal hostess and 24/7 live chat to cater for all their wagering needs.

It will boast over 350,000 pre-match events per year, with a peak of 70,000 events during prime months. Sportsbet.io will also feature a comprehensive live offering with hundreds of ‘in-play’ markets available on major sports fixtures.

Sportsbet.io is the source of this content. Virtual currency is not legal tender, is not backed by the government, and accounts and value balances are not subject to FDIC and other consumer protections. This press release is for informational purposes only. The information does not constitute investment advice or an offer to invest.