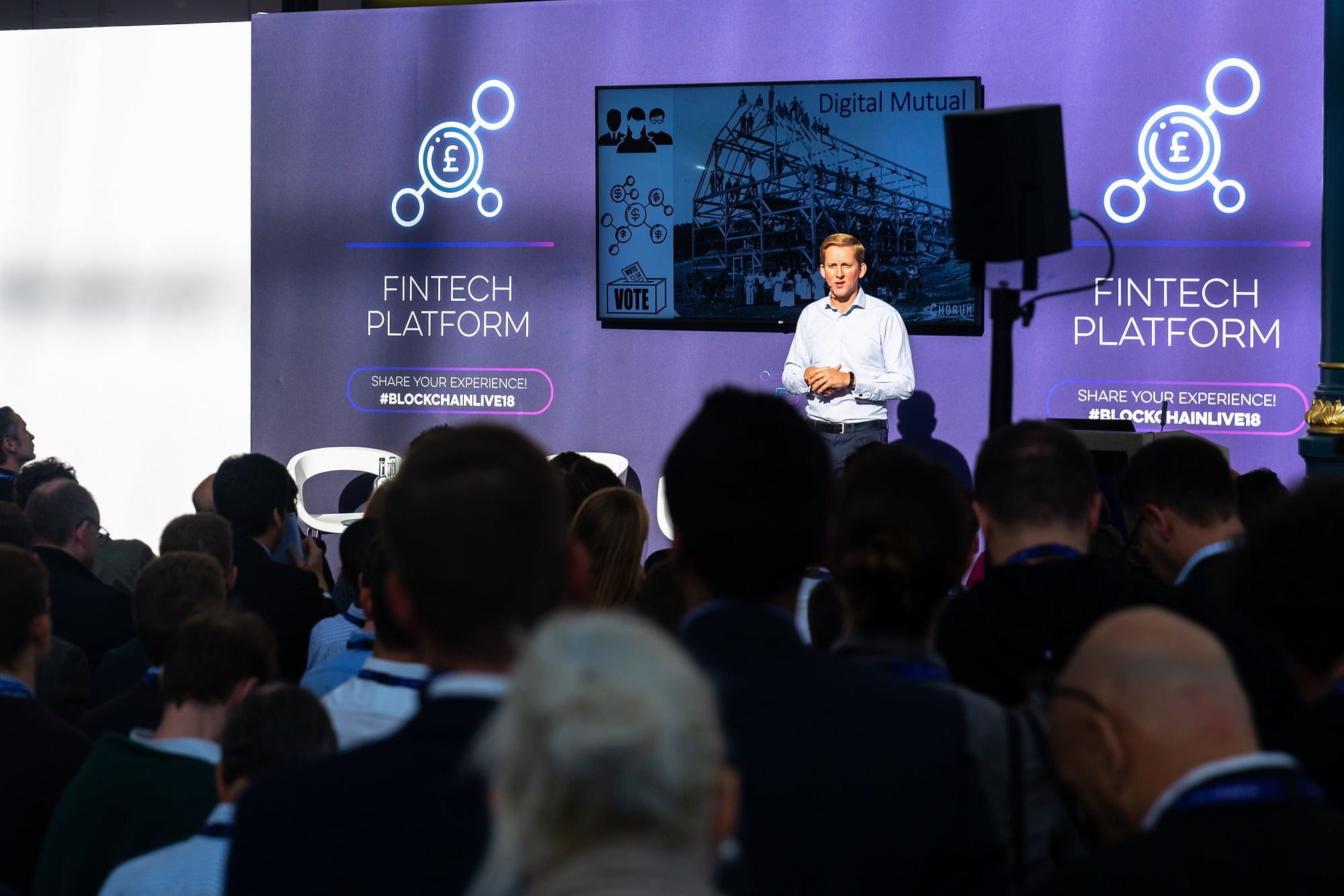 Blockchain Live 2018 descended on London, taking Olympia Grand by storm, showcasing the universal benefits of blockchain technology to the public and private sector. The growth from its inception in 2017 highlighted London’s eagerness to be on the cutting edge of this innovative technology and reflected the strides taken for mass adoption of the blockchain.

The Blockchain Leaders’ Summit saw leading public figures discuss the future of blockchain technology. Brendan Blumer, CEO of Block.one said, “Blockchain Live 2018 offered a great platform for attendees to understand the undeniable potential that blockchain technology brings to businesses. As the publisher of EOSIO and together with the community, Block.one is building an unprecedented worldwide ecosystem of thousands of blockchain applications with utility for governments, individuals and companies for use in business and everyday life. Blockchain Live is indicative of that community-driven effort.”

Blockchain has the ability to disrupt traditional business behaviours and implement new commerce and communication models, a sentiment felt across a variety of industry leaders. As Blockchain Live 2018 strategic partner, Block.one showcased real-life use cases and functioning blockchain applications that cover identity, music, gaming, finance, transportation and email in their EOS Village. These booths enabled attendees to experience the cutting-edge technology and inspired them to embrace the blockchain revolution.

Visitors to Blockchain Live 2018 were also able to hear from Margot James MP Minister for Digital and Creative Industries at the DCMS. Margot James MP highlighted the UK Government’s commitment to continued adoption of Blockchain technology. During her keynote speech, the minister stated that “decentralised systems for recording transactions could be beneficial in many areas, including transport, smart cities, finance, tourism, agriculture, and health. This admission of opportunity across industries was in line with Blockchain Live’s proposition of taking the blockchain industry towards mass adoption.”

Delegates also heard presentations from Nick Szabo the creator of Smart Contracts and global leading Computer Scientist discussing the Building Blocks of Future Blockchain technology, Former UBS CIO and now founder of Bussmann Advisory, Oliver Bussman highlighting how to automate business transactions, drive efficiency and reduce risk. Other highlights also included Alex Tapscott, Author of critically acclaimed bestselling Blockchain Revolution and Co-founder of the Blockchain Research Institute showcasing how business can harness the power of the 2nd digital age. In addition, a VIP C-Suite theatre saw over 250 C-Level Enterprise Executives, including companies such as Barclays, Bank of England, Tesco’s and The Post Office get exclusive exposure as to how the application of Blockchain Technology can help drive efficiencies in current business practices as well as disrupt traditionally accepted business behaviours.

Simon Taylor Co–Founder of 11:FS recording live blogs at the show epitomised the events proposition. “This is a premier event. Whatever industry you are in, someone is representing it here, so this is the place to be.”

Blythe Masters, former JP Morgan Chase executive and now CEO of Financial Technology firm Digital Asset Holdings, summed up why Blockchain Live is a must-attend event not just for newcomers to Blockchain but also the pioneers and innovators of the Blockchain industry “I’ve seen a number of products and ideas that are new to me and I spend my entire time in and around this space.”

With Blockchain technology still in its infancy the rate of start-up companies looking to initiate an ICO continues at an astonishing pace.  With this in mind Blockchain Live launched “The ICO Pitch and Investors Zone” further promoting the fact that the full ecosystem of the industry was represented at the show. Hundreds of private Investors, Family Offices, High Net Worth Individuals, Institutional Investors, VCs, Wealth Management companies, and others interested in investing in innovative projects and start-ups were delivered unique presentations from start-up companies looking to launch first round funding opportunities.

The Vanbex Group, who were the headline sponsor on the Crypto Theatre, established their presence at the event with one of the biggest booths on the floor that showcased the three pillars of the company’s business: Blockchain Business Solutions, Etherparty, and Vanbex Ventures. Since 2013, Vanbex has been providing an array of blockchain-focused services to clients in blockchain technology. The company has since expanded its suite of services to building Etherparty, a platform that allows users to easily create and manage their own smart contracts on the blockchain; and the establishment of Vanbex Ventures to fund and incubate promising blockchain companies. Kevin Hobbs, CEO, commented: “This has been the best and most productive conferences we’ve attended all year. This is our second year at Blockchain Live, and it completely exceeded our expectations from the first year. I’m really proud of our entire team for all their hard work.”

It was an absolute pleasure to utilise Blockchain Live as the first event of our global roadshow and launch Varius World Tech into the Blockchain space. We hosted one of the biggest stands, I believe this was money well spent. It was a great opportunity to deliver our company ethos, build our network of contacts and grow the community, we succeeded in all three. Aside from our stand exposure, I was also given the opportunity to present alongside my Co-CEO Karim Peer and CTO James Vince on two of the main stages which were the Blockchain Creatives stage and ICO stage. The feedback we had was great, it’s really given us a positive outlook on our ICO which is due to start soon. I would like to thank all the team at Blockchain live for making this possible, I am sure we shall be returning even bigger and better in 2019.

“We are absolutely thrilled with the success of Blockchain Live 2018, we hosted one of the biggest events on the global blockchain calendar here in London. We purposely differentiated ourselves to provide a comprehensive event by bringing together the full ecosystem, including key Stakeholders vital to take blockchain to the mainstream and mass adoption.  We were delighted to witness on the day Investors, Entrepreneurs, Innovators, Developers, Technology leaders, Governments, Regulators, Public Sector, Policymakers, Lawmakers and End-user Enterprises and Corporations from various Industries. Whether an adopter, an industry explorer or an investor the feedback we have received has been both humbling and incredibly satisfying. I am delighted that on top of the industry leading content the exhibitor offering for our delegates has come from the global elite. From our Blockchain heavyweight pioneers and multinational consultancies to the global newcomers and innovative start-up companies, their hard work in promoting Blockchain Live 2018 was rewarded with over 3500 customers to add to their network. The growth from our inception in 2017 to this year’s edition is testament to a great team working in an exciting industry. In 2019 we expect to continue the growth of Blockchain Live here in Olympia London but also look forward to announcing plans for the Blockchain Live brand to enter new global markets for our customers to access enabling Blockchain Live to taking blockchain to the mainstream and mass adoption.”

For all enquiries and further information please contact our team: