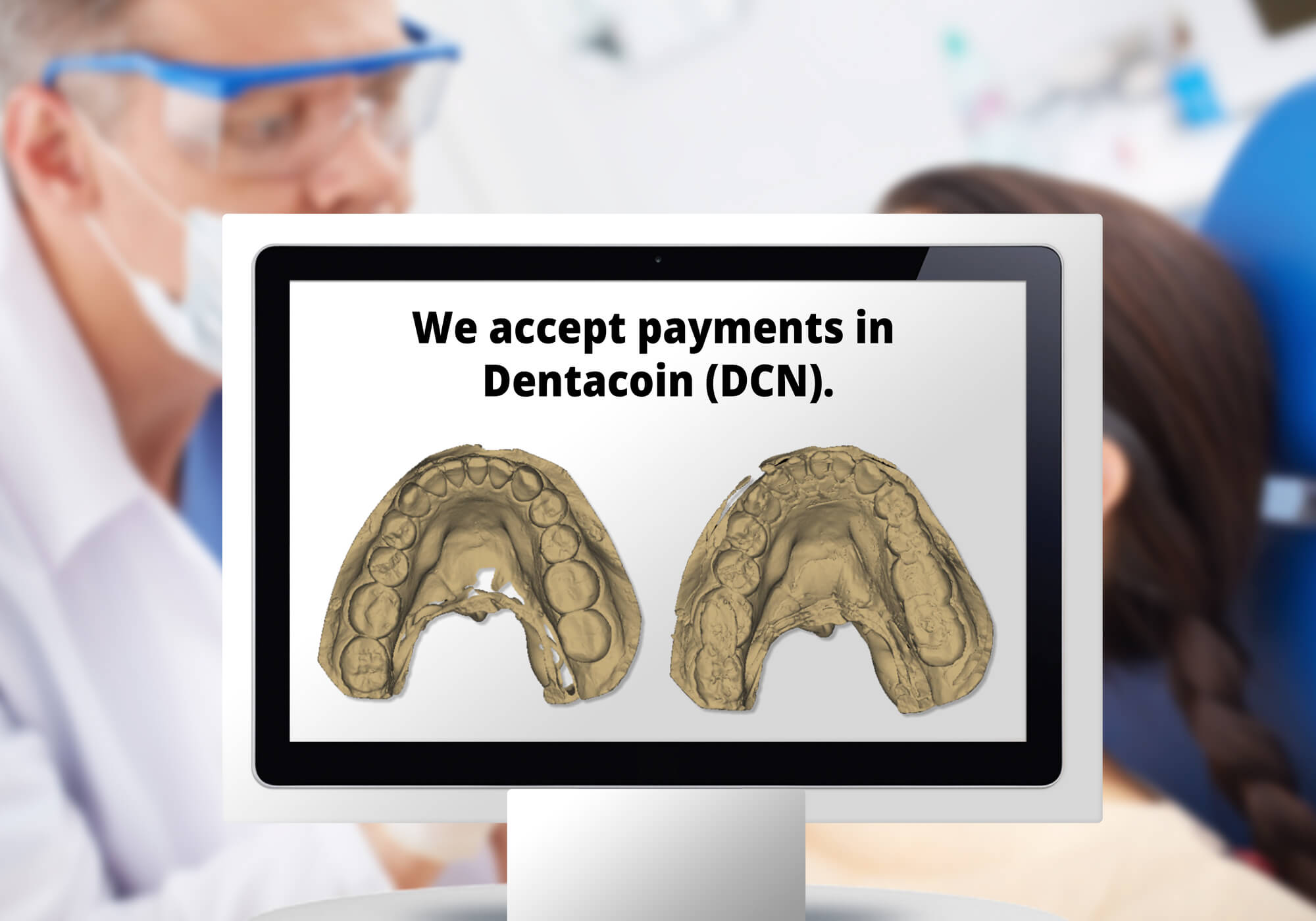 Nowadays, it is an undeniable fact that the Impact of the Blockchain technology goes far beyond financial services. As startups in different sectors use blockchain to drive greater transparency, veracity and automation across the digital information ecosystem, they’re boosting awareness of the technology in sectors ranging from payments to dentistry. Yes, you read it right. It is looking as though the Global Dental Industry is set for the greatest makeover within the Healthcare sector thanks to the Netherlands-based startup Dentacoin. Its custom-made token of the same name is already implemented at partner clinics, exchangeable on international exchange platforms, distributed through the first developed tools and since recently – accepted  as means of payment by a German-based manufacturer of high-tech dental equipment. But let’s first go back to the basics…

Using the Blockchain technology to start a global movement

Dentacoin is the first integral Blockchain solution for the Global Dentistry, aimed at improving dental care worldwide and making it affordable through creating a network of patients, dentists, suppliers, who trustfully cooperate between each other and act in mutual interest. The essence of this unusual Blockchain-based model lies in activating the decentralized power of all market participants through a custom-made utility token that serves numerous tailored Blockchain-based tools and powers the whole Dentacoin network. Within the network, network effects are expected where the value of the whole network increases with every new participant added to it. The token itself is used for rewarding network participants for their contribution to the Foundation’s mission; it is utilized as united means of payment and ensures access to services provided within and across the network. “The Blockchain technology is the only way to automate data security, protect from counterfeit and achieve low costs. It is the only way to integrate a currency system at low costs and with maximum security, independent of authorities and banks. The technology enables more and more decentralized, autonomous processes that return the power back into the hands of the people”, explains Jeremias Grenzebach, Co-Founder and Core-Developer at Dentacoin.

Already implemented as means of payment at partner clinics

If you are not aware of the current state of dentistry and its utter need of industry-centric solution or you are generally skeptical about the wide Blockchain acceptance, you might ask yourself if Dentacoin would be applicable into the real world anytime soon. You will not need to wonder for a long time though as Dentacoin has already been implemented as means of payment and as a part of their Patient Loyalty Programs at two partner clinics in Europe for months – SWISS Dentaprime (Varna, Bulgaria) and F3T Dental Clinic (London, United Kingdom). Therefore, even prior its ICO, Dentacoin already had its proof of concept.

Desislava Dimova, Manager of SWISS Dentaprime, the first clinic to implement DCN back in March 2017, shares more about their experience: “We are convinced that every business could and should benefit from collective customer wisdom in order to improve their service quality. […] Patients were also very excited about this new opportunity. Giving a discount in euro was nowhere near the excitement of receiving Dentacoin. Dentacoin felt like some kind of magical money to them. […] This creates a special bond between our clinic and the patients – all parties working together to improve the quality of dental services.”

Another key partnership with the German-based manufacturer CruisAIDer

Recently, the team behind this ambitious project made a significant breakthrough towards wider acceptance of Dentacoin within the industry. As of 9th of October 2017 CruisAIDer, a European company, specialized on digitalization of dental clinics in Germany, Austria and Switzerland, accepts Dentacoin as means of payment for its innovative product Powercart – a powerful machine that does everything the dentist needs to facilitate digital workflow and chairside treatment in a much faster and more efficient manner. Powercart is already being widely applied for intraoral scanning and compatible with the world’s leading brands for intraoral scanners.

“The dental industry is highly decentralized when it comes to parts and materials – we rely heavily on effective transfer of funds to increase productivity and live up to the fast-paced demands of our clients. Up until now we were stuck having to change between currencies to source the materials we need to manufacture our CruisAIDer Powercart for Intra-Oral scanning. In my opinion, Dentacoin is not only the future of the entire dental industry; it is what lies ahead for all connected supplementary industries. I wish we had this tool handy when we started out. Making the international acquisition of parts more efficient means we can cut prices”, says Simon Sostmann, CEO of CruisAIDer.

“Having a partnership with yet another European company, which strongly believes in digitalization and efficiency only proves the strong potential and opportunities which lay ahead of Dentacoin”, comments Philipp Grenzebach, Co-Founder and Business Developer at Dentacoin Foundation.

Currently, Dentacoin is raising funds for the further development of the project through an Initial Coin Offering which will be open until 1st of November 2017. The ICO is also a chance for early supporters to contribute at the lowest possible price (2 500 000 DCN/ETH, 33 000 000 DCN/BTC). The main modes of payment accepted during the ICO are Ether (ETH), Bitcoin (BTC) and Indian Rupee (INR). More information on how to participate in the ICO here: https://www.dentacoin.com/ico /