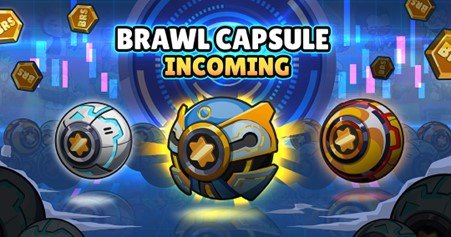 After months of preparation, Brawltales is thrilled to announce its first NFT launch alongside the Brawltales Alpha version. A total of 4,055 unique NFTs will be released. These NFTs will be categorized into 4 different rarities which included:

Besides being equipped with individual unique abilities that will slightly increase your win rate, Brawltales has come out with several benefits for all NFTs to ensure holders will not be disappointed. 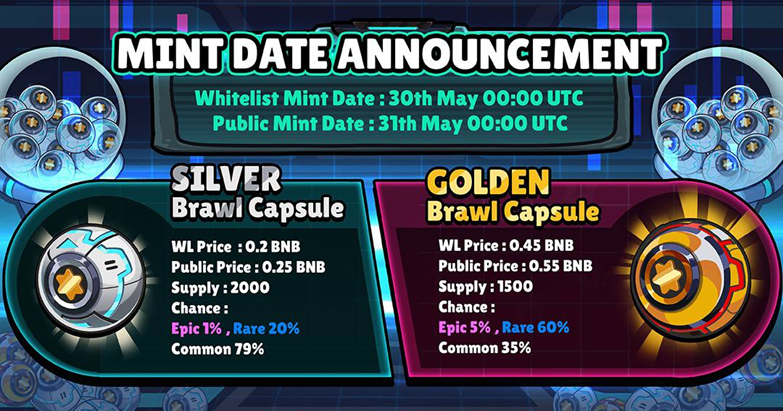 3,500 Ordinary Capsules will be released under these two tiers, 2,000 Silver Capsules, and 1,500 Gold Capsules. Both are priced at 0.2 BNB and 0.45 BNB for whitelisted members; 0.25 BNB and 0.55 BNB for the public. (This would be the lowest price that Brawltales will ever launch as a form of appreciation for early supporters.)

Ordinary Capsules holders will be given a few benefits which include: 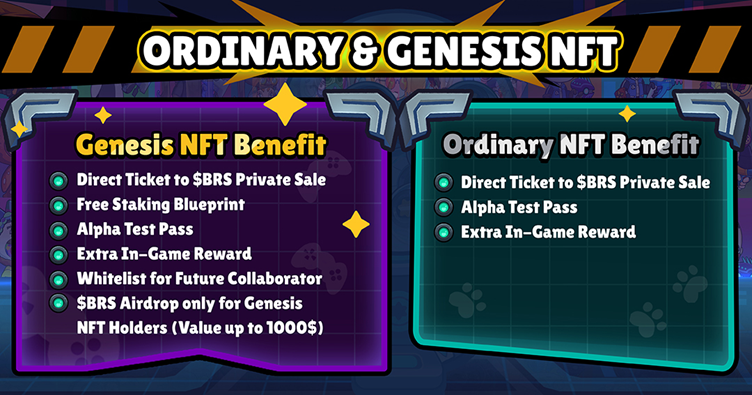 555 units of Genesis Brawl Capsules will be released and these Capsules will be launched in Fair Dutch Auction style. Brawltales will give out 25% of the final FDA price worth $BRS to the holder after minting. These Capsules contain only either Epic or Legendary. More benefits will be given to Genesis NFTs holders which include:

Genesis minting day will happen after our private and public minting date for Ordinary Brawl Capsule.

Brawltales has set their official minting mint date and time for both whitelist and public. For whitelisted members, the mint date will be on the 30th of May 2022 (00:00 UTC) and will open to the public 24 hours later.

Brawltales will hold the minting event on their website.

Brawltales is a roguelike PEP (Player vs Environment vs Player) blockchain-based mobile game where players can compete with friends or strangers and earn token rewards. Players are required not only skill sets but also amazing strategy planning to outplay their opponents. The in-game token will be rewarded for their individual skills by winning the battles.

Providing an incredible gaming experience, however, is not our only aim. We hope to serve as a gamefi project that generates real income for the NFT holders and players. To reach that, Brawltales integrates the elements of gaming, crypto, and NFT, creating a simple yet adrenaline-rushing gaming experience for the players and a great profit model.