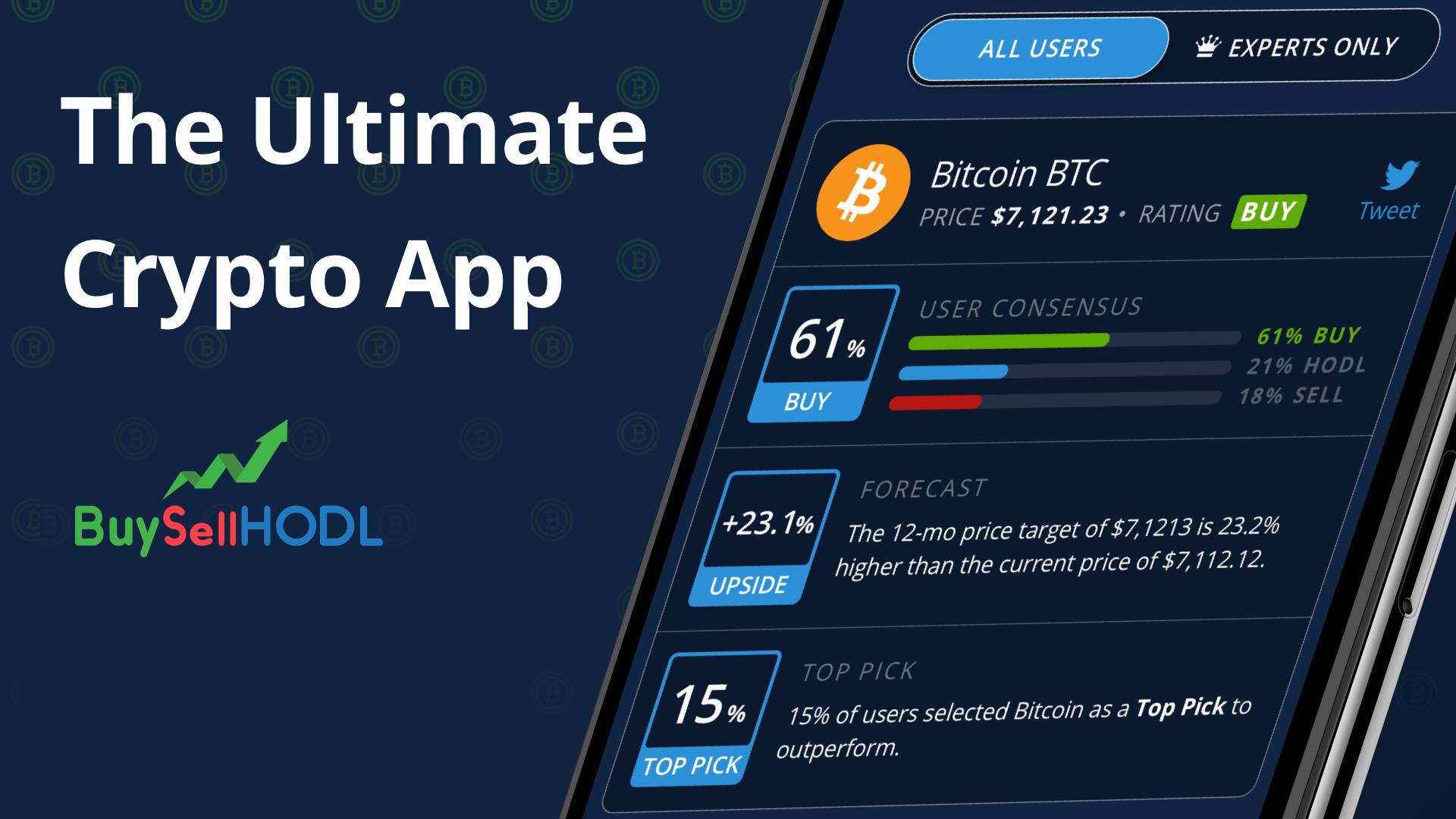 In addition to updating the results for numerous less widely-known cryptocurrencies, the app also provides a robust bitcoin price prediction tool revealing real-time user bitcoin 2020 and 2025 price predictions. This unique feature periodically questions users for their opinions on several bitcoin-related items of interest, such as:

The real-time results provide unparalleled value in specifically targeted data around bitcoin price predictions, making BuySellHodl an invaluable cryptocurrency app for crypto enthusiasts and bitcoin believers everywhere.  The full selection of crypto ratings and rankings can be viewed on the website, as well as the BuySellHodl iPhone and Android bitcoin and cryptocurrency app.

Over 1,000 users have given their predictions on BuySellHodl. After users make their bitcoin predictions, the app enables them to seamlessly share their opinions on Facebook and Twitter with relevant bitcoin and crypto hashtags, as well as #BuySellHodlApp. This enables users to grow their crypto follower-base while engaging in discussion around their predictions.

BuySellHodl (@BuySellHodlApp) founder, Clifford Lerner, says, “BuySellHodl has quickly established itself as the leading destination for people seeking bitcoin and cryptocurrency price predictions. We have an exciting roadmap for future enhancements to our already robust feature-set, including an upcoming ‘Crypto Experts’ Predictions feature. Additionally, we will be breaking out bitcoin price predictions by country to see which geographies are most bullish, bearish, and accurate regarding their opinions of the world’s most popular cryptocurrency .” 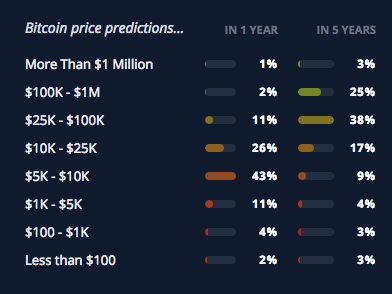 BuySellHodl users are quite bullish with their bitcoin 2020 price predictions.  40% predict that bitcoin will be worth more than $10,000 in 2020, while 14% predict a value greater than $25,000. Only one percent of users are in the John McAfee camp, saying bitcoin will exceed $1 million in 2020, but  three percent still believe it will exceed $100,000 in value next year. Some skeptics do remain, however, with 6% predicting a sharp decline in bitcoin’s value to below $1,000.

The 2025 predictions are even more bullish. Two-thirds (66%) predict bitcoin’s price will increase by more than six-fold and exceed $25,000.  28% percent are extremely optimistic predicting that Bitcoin will exceed $100,000, and 3% predict a bitcoin value of higher than $1 million. Some users remain pessimistic with 6% essentially predicting Bitcoin’s demise, to a value below $1,000. 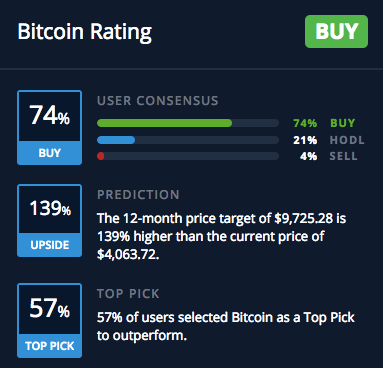 Bitcoin Is Ranked #1 Cryptocurrency Investment for 2020

BuySellHodl also asks users to select their top three picks for cryptocurrency investments in 2020. 57% of users selected bitcoin as one of their top picks (highest among all choices).   Ethereum (ETH) and Cardano (ADA) finished second and third, getting chosen as a top-three pick by 33% and 32% of users respectively.

With an overwhelming 74% of users saying to ‘buy’ bitcoin, and only 4% percent saying to ‘sell,’ bitcoin has been assigned an overall ‘buy’ rating, with a 2020 price prediction of $9,725.

Here are the top 10 results: 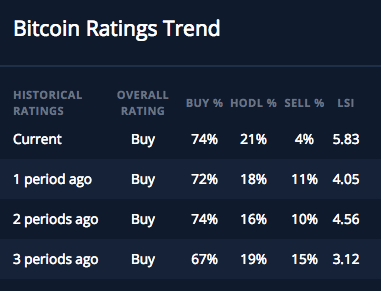 In order to gauge the crypto sentiment trends, BuySellHodl publishes the previous period’s results. Users remain quite bullish with 74% saying to buy bitcoin, compared to only 4% saying to sell. The bitcoin skeptics (those who say to sell), have been in decline. This gives bitcoin an overall ‘buy’ rating. Each period is currently two weeks in length.

BuySellHodl asked users this question to gauge their opinions on this thought-provoking scenario. The results reveal very differing opinions, with 17% saying ‘no chance,’ while 11% claiming ‘it’s ‘very likely’ or  ‘a sure thing’ that Bitcoin will someday replace the U.S. dollar as the world’s reserve currency. Note the following breakdown:

QUESTION: “What are the chances that bitcoin overtakes the U.S. dollar as the main currency of the world within 10 years?”

Unique Aspects of the BuySellHodl Crypto & Bitcoin Predictions and Ratings:

BuySellHodl (@BuySellHodlapp) is the ultimate crypto and bitcoin prediction app, offering live crypto price predictions, ratings, prices, crypto news, and a live daily bitcoin game with real cash prizes. BuySellHodl is available on Android and iPhone and was founded by entrepreneur and crypto-enthusiast Clifford Lerner, author of the bestseller business book, Explosive Growth – A Few Things I Learned While Growing To 100 Million Users (https://explosive-growth.com). Cliff’s goal is to get the next 100 million users to adopt cryptocurrencies.